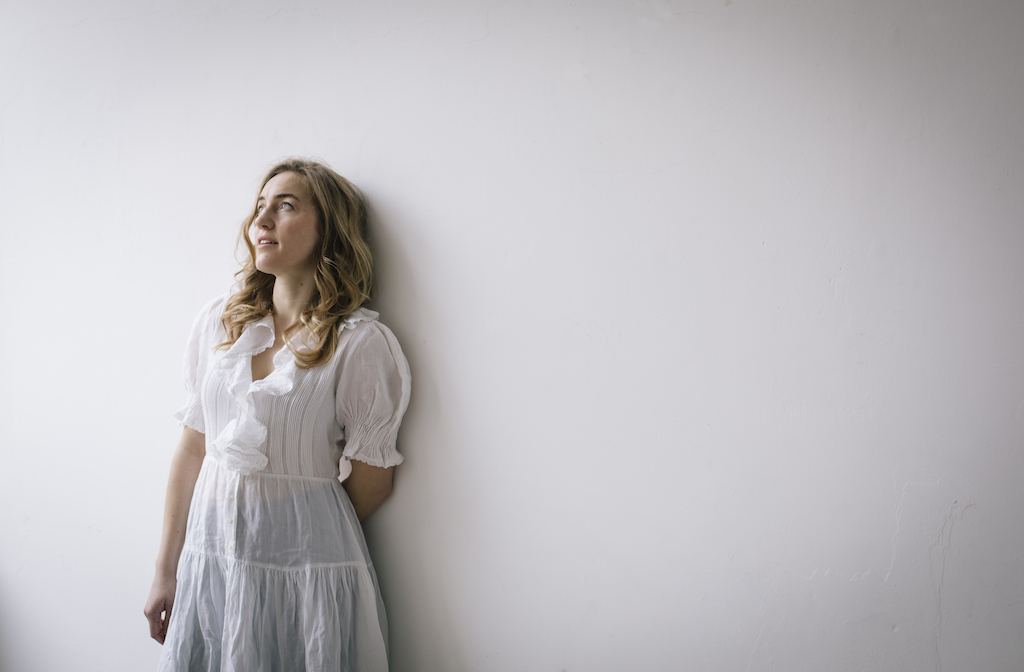 Anna Westin is an independent folk artist who creates beautifully traditional music, however, although an incredible musician she is also an individual who has a passion for making a difference.

Through both completing her PHD In Philosophy and being a highly attentive lecturer, she also runs an anti-trafficking collective (The JAM Network UK). Through her undeniable passion for helping those who suffer, she is also a movement specialist, training in somatic experience for trauma survivors by teaching classical Pilates.

I am a Swedish Canadian – we grew up moving around between Canada, Sweden, the USA and then back home to Canada. I left Canada for Sweden in my early twenties, spent some time in Scotland, settled in London and some time in Margate. Since then I’ve been between the UK and Canada. I did my PhD in Philosophy, so lecturing is my day job, and I’ve done some writing in the area, and some work on movement and healing as a Classical Pilates instructor. I run an anti-trafficking collective that uses the arts to support survivors of trafficking. And I love to make music.

Yes and no. I think there are certain dreams I’ve always carried that shaped the paths I took – experiences of life, and what brings life to me, where I flow, and where others respond. Sometimes I will sit down and try to plan the next few years, but that is usually when I have a specific project in mind. Life has felt very fluid, constantly reworking its contours to create something whole, with certain themes and strands.

Yes. I think hopelessness has, at points, been a challenge for me – continuing when you’ve lost something that you thought was essential to your life, realising that there is more. I lost a relationship that I loved recently, and I think being away from family and going through life changes carries its own challenges. Balancing work and what is important, working in areas of trauma and wondering how you measure the impact – whether what you are doing is actually helping anything. But I have good people around me, strong souls, with a lot of kindness and laughter, and that and fresh air and a sense of spirit have carried me. 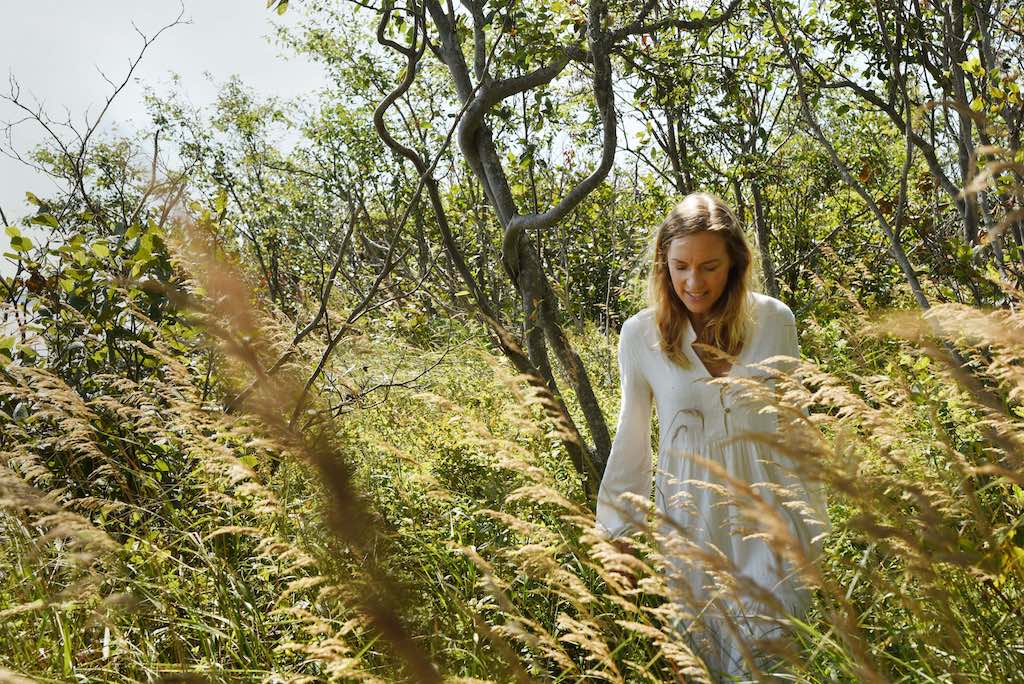 Your new album is set for release in March this year – what was the inspiration for the album?

This album is about the rawness of the human heart. LEV is Hebrew for heart, but it isn’t disconnected like we often think of it. The heart is a part of the body, and it’s also the emotional centre, and the mind. All of it is there. I guess the album is an exploration of what it means to be fully human. The tracks read as a poem which basically summarise the essence of the album.

Some of the tracks were written during particularly bleak winter months by the sea, sensing a departure from the life and relationships that I had in London. Other tracks were written for particular friends, almost as blessings, over an aspect or a life chapter that they were trying to navigate.

A lot of the songs are about mortality, and this sense of transcendence that collides with the mundane stuff we go through. This is particularly influenced by my work with Jewish philosopher Lévinas  and French philosopher Ricœur. The existential phenomenology is there throughout, as is the writing of Cohen, Denise Levertov, Dostoyevsky and the Newfoundland folk writers.

Another of the tracks I wrote whilst travelling between Israel and Palestine, trying to synthesise the trauma and the beauty of both peoples, places. ‘It is good You are Here’ was partially an ode to Bob Dylan, but mostly for my dad, who would drive me around when I was touring the east coast, and would read song lyrics like poetry and sing me to sleep. He had this deep, resonant voice that just held space in a really special way.

You also run an anti-trafficking collective – how did you get involved with this?

I started it with my friend Tanya Matthias when I was doing my MA and was looking at human rights and the role of the body. My sister Miriam was in Kolkata at the time working with people who were getting out of trafficking and I wanted to somehow support and link with her. But I was an artist and academic and realised that those were the things that I had to offer, so we rallied some other artists and creatives and then also academics to work with NGOs internationally to raise awareness. Then I began realising how much human trafficking was affecting us at a local level, and the national work with people who were coming out of trafficking, and raising awareness through the arts, became more of a focus.

What more can individuals, organisations and politicians do to stop trafficking?

That would be amazing! Educate themselves. Get to know their neighbours and what trafficking looks like in their communities and how to support people with mental health and homelessness (often targeted by trafficking), or working with kids to reduce the impact of drug and gang crime in communities, look into food security issues. Check what we are consuming. Get involved in immigration reform and migration issues more broadly. It’s a lot less glamourous, a lot closer to home than I think I at least initially realised.

I think it is great. I have had amazing mentors throughout my life, which have been real pillars to me. They’ve given me perspective and support, kept me grounded. I like the idea of mentoring, but I think it can also take place in different ways – through teaching, through just hanging out with people and encouraging and feeding into their lives, in practical ways like skill building but also just taking time to show up and support their work, and being around to listen.

I think addressing the stigma surrounding women in their bodies – and in the context of relationships. I think that our culture can be very cruel to women in subtle ways, in dating practices, in ways we speak about our bodies, and aging. I think aging specifically. The idea that the older woman is a precious presence in a community, regardless of whether they are a mother or not, regardless of what age has done with the body, is, I think, something we need to learn.

Don’t be too hard on yourself. It’s all going to be well.

My next challenge is to co-write a show for the Edinburgh Fringe festival. I am hoping to use music and writing as ways of exploring human experience, how pain and hope can be held in the same space, life and suffering, give different expressions to those things that are deep in us and we sometimes struggle to express or feel alone in experiencing. 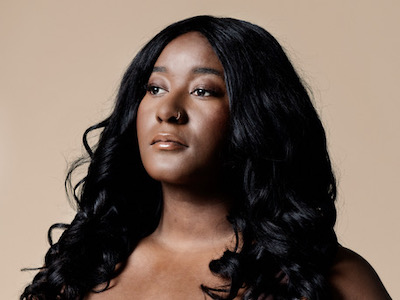 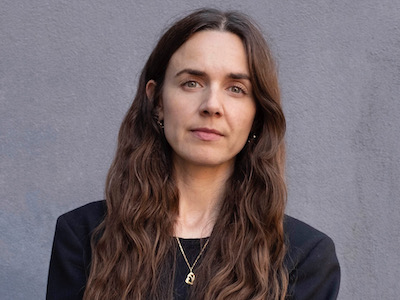 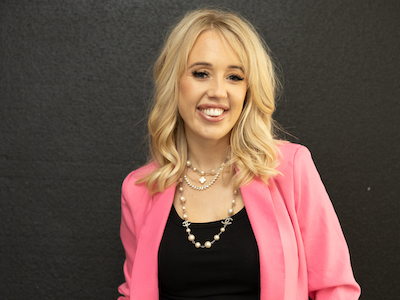 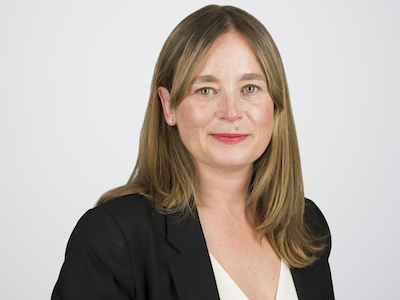