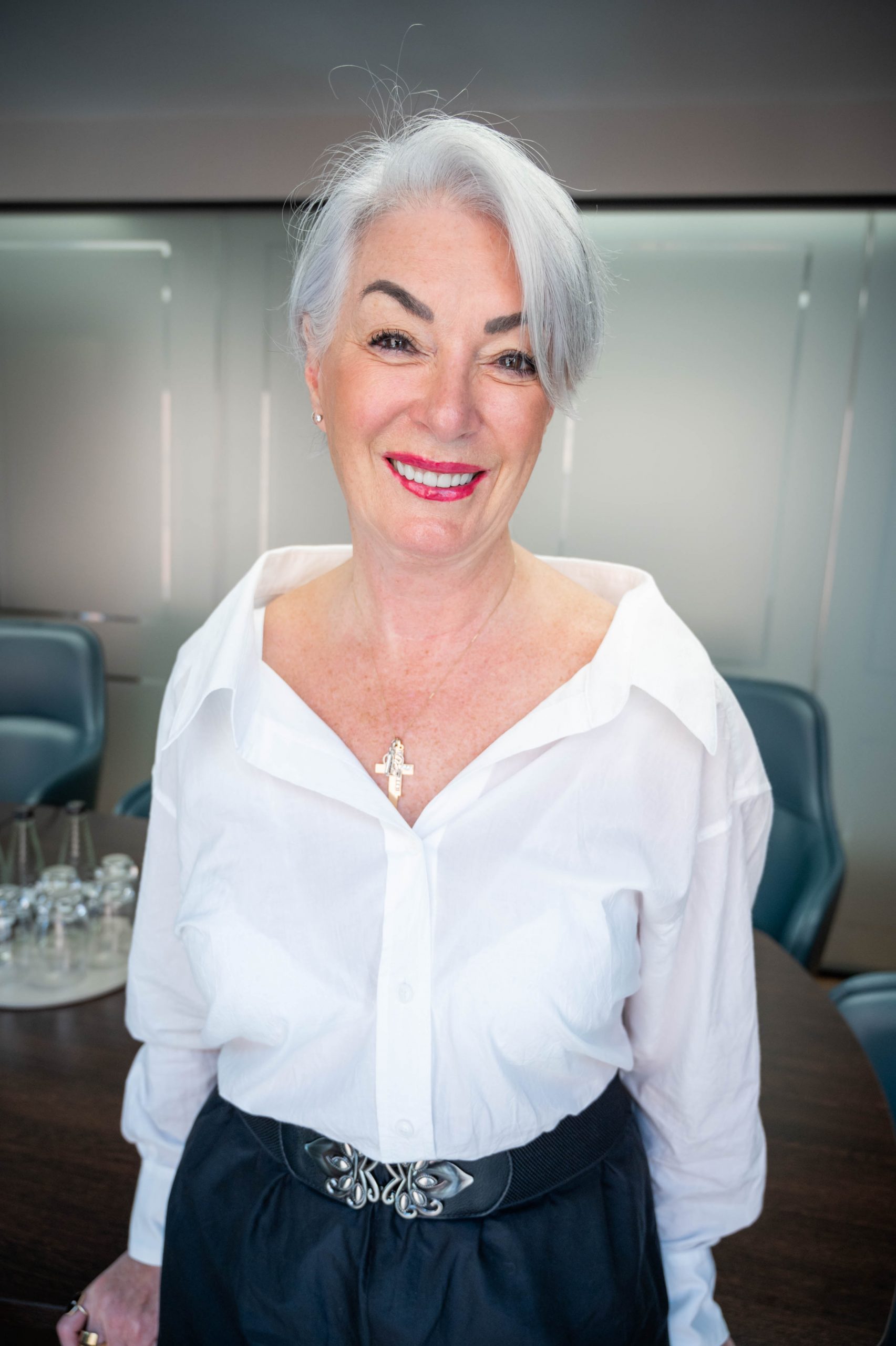 Originally a Civil Engineer, I taught Physics and Maths for several years before starting a Wealth Planning business in 1986.

After my exit in 2007, I became CEO of a global headhunting firm, managing its turnaround after the 2008 crisis. Since 2009, I have held several simultaneous advisory, Non-Exec and Executive roles across various sectors, including oil trading, healthcare, Fx trading, technology, and sports. I mentor ambitious and open-minded CEOs and entrepreneurs, am entirely results driven and take no prisoners.

I have had a column with Management Today under the name Madame Guillotine (it’s all about the execution), and I am the author of The Kama Sutra of Work.

I am the mother of Tour De France cyclist and Olympian, David Millar, and Fran Millar, CEO of Team Ineos the world’s most successful cycling team (until last week, now CEO of Belstaff).

I think that if I had it would have potentially been more stellar but certainly less interesting! Almost everything after leaving teaching has been an accident of circumstances, with no idea of where it might take me. I’m probably actually more conscious now (at 68) of what I want to achieve than I ever was when younger.

Just a few!! I was the only female in the whole engineering department at Glasgow University at the time I studied there. At that time, they had a split Union, so one for women and one for men and there was simply no point in me joining the Queen Anne (women’s), and I wasn’t allowed to join the Men’s Union. My classmates and I met in the refectory or Reading room. When I started work in Engineering, no one knew what to do with me and it was common to be asked on site to go and count mechanical equipment, just to keep me out of the way. My transition into business was far from easy, starting it from the back of my garage and slowly building a business, with many false starts on hiring. My FS business came through two major financial crises which required pivots and steady nerve. I have chosen terrible business partners, and managed to repeat that more than once, which I still find shameful. Learning to sell was tough, learning to trust myself to deliver was another. I think chronic self-doubt can be a driver, albeit a very uncomfortable driver.

Having, all these years later, the people who I taught (because I think of everything I do now as teaching)  and worked with in business come back to me to help them with their businesses in turn, and their young people.

Financial necessity, a bloody awful divorce, a cheating business partner and a very bloody mind. I lost everything when I was 50 and had to start again which means I have never taken anything for granted or stopped worrying about what comes next. I do think being Scots from a ferocious work ethic background and certain generation has helped too.

I mentor all the time, from young entrepreneurs to established CEOs. I do indeed have my own mentors, who now are all around 20/30 years younger than me. Committing yourself to life-long learning and teaching is most useful thing anyone can do, and the rewards are infinite in both directions.

Get men involved more. They still hold the power and need to be our advocates. And teach women that there is still enough to go round so they can leave the bloody ladder down.

If you’re not dead or incapacitated, you can survive and recover from anything. We live in a very fortunate society and we have no excuses for not keeping trying, and no one is actually looking at you so pick yourself and stop feeling shame for failure. It’s just practice by another name.

More, more influential clients, write several more books, become a speaker and influencer, give my grand-daughter a brilliant model to follow (not that she needs it, her mother and aunt – my daughter – are already knocking it out of the park).