CeCe Sammy is a British vocal and performance coach, known for her TV appearances and behind the scenes contributions as a vocal coach, judge, talent scout, advisor and trouble-shooter on various music and entertainment shows such as Pop Idol, S Club Search, The X Factor: Battle of the Stars, The Voice UK, E! Entertainment in the US, American Idol and America’s Got Talent. In 2016, she was the chairperson of the British jury for Eurovision Song Contest 2016.

I’m originally from Trinidad but moved to the UK in my early teens to study classical piano. From a young age, I was obsessed with the pianist, Liberace. He took classical music to the masses. When I arrived in the UK, I had to learn a second instrument, which is when I started singing. At 17 years old, I was invited to an audition after someone heard me singing in church. When I arrived, I found out I was auditioning to be a background vocalist for Diana Ross – and I got the gig!

Working with Diana Ross was the start of my career as a background vocalist and I went on to support other artist until I realised my passions lie within learning about the voice rather than singing. This led to becoming an assistant for other vocal coaches and then ultimately becoming a coach myself. Through vocal coaching, I’ve been able to work with some of the biggest names in the business, as well as amateurs both on and off screen. The variety in my day is what I really love! One day I’ll be giving a master-class, another day I’ll be prepping an artist for their tour. I’ll go from casting talent for various TV shows to doing team-building workshops with corporate executives.

I also branched out to study aspects of management, which inspired me to open up a company both here in the UK and in Los Angeles. The company provides vocal coaching services and offers artist development programmes. We also represent a roster of vocal coaches, singers and musicians.

Not at first. I always knew that I would be working in music. Initially, my dream was to become a performer myself and I pursued this goal for a long time. However, there did become a point when I realised I was fascinated with the science behind the voice and enjoyed working with people to find and develop their talents. This made me re-evaluate my career path – which was definitely the right decision for me. One job has led to another and has now I’m living a fulfilling career.

I always say to every young person that I work with. Learn as much as you can about all aspects of this business as we often discover that our strength lies in a different area than what we’d imagined. I’ve worked with singers who’ve gone on to become songwriters, producers one who is now studying to become an entertainment lawyer.

I’ve faced MANY huge challenges. I’ll say to anyone, no matter what you go through, don’t give into fear or be overcome by what’s going on in your life – whether that is finance, health, relationships or failure. Take each day “one step at a time”. Small progress is still progress and each minor step will bring you that much closer to your overall goal.

Throughout my life I’ve faced numerous challenges, some of which had much bigger implications on my everyday life. Although it may feel impossible, I think it’s important to remain positive and not to feel overcome by what’s going on – whether that’s within a relationship, financial worries or health issues. Small progress is still progress!

Luckily for me, there is no such thing as a typical workday in the music business! One day I could be working late in the recording studio and another could be an early morning start to prepare an artist for an upcoming performance! As I handle both the creative and business aspects of the company my workload constantly fluctuates between the two.

Tell us a little bit about your role and how did that come about?

My fascination with the science of singing is the reason behind my career as a vocal coach. I’ve studied every type of vocal techniques and the theories behind what makes a great singer. . As a performer myself, I was aware of the importance of tapping into your emotions to properly convey the story of a song to the audience.

Working with singers of all ages and genres has really helped me bridge that gap between the technical side and the emotional side – and join them together. I’m not a person who just sticks to one technique or methodology. I do an assessment and then mould a programme specific to the individual I’m working with.  I like to think of myself a vocal connoisseur!

My mother –   I’ve always called her my hero. As a little girl with big dreams about music, she was right there with me, I asked her to wake me up early in the morning to practise the piano and make me practice when I got home from school – and she did! She’s really invested in my career, especially when considering the various lessons I had to take!

I would encourage women not to be discouraged by perceived barriers in the workplace. Go out and be the best version of you that you can. It’s only by women going out and kicking through those glass ceilings that we will achieve the equality in the workplace. Don’t let anything or anyone stop you from following your dream.

If you were to look back in five years, what would you see in terms of your achievements? Tell us about your plans for the future?

When I look back in five years, I’m hoping that I would have been a key player in transforming the way people look at music education in this country. I want it to be considered a compulsory subject in the same way as Maths or Science. I’d like to do for music what Jamie Oliver did for healthy eating in schools.

I’ve been taking road-steps in this direction as I work with charities to set up master-classes and providing tuition to talented but financially challenged children.

For me it’s not just about people becoming professional musicians or artists. It’s about them using music as a tool to help them in their everyday lives.

Inspirational Woman: Jessica Heagren | CEO & Founder, That Works For Me 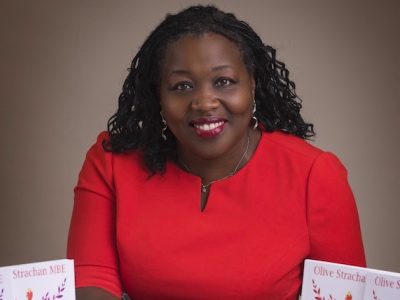