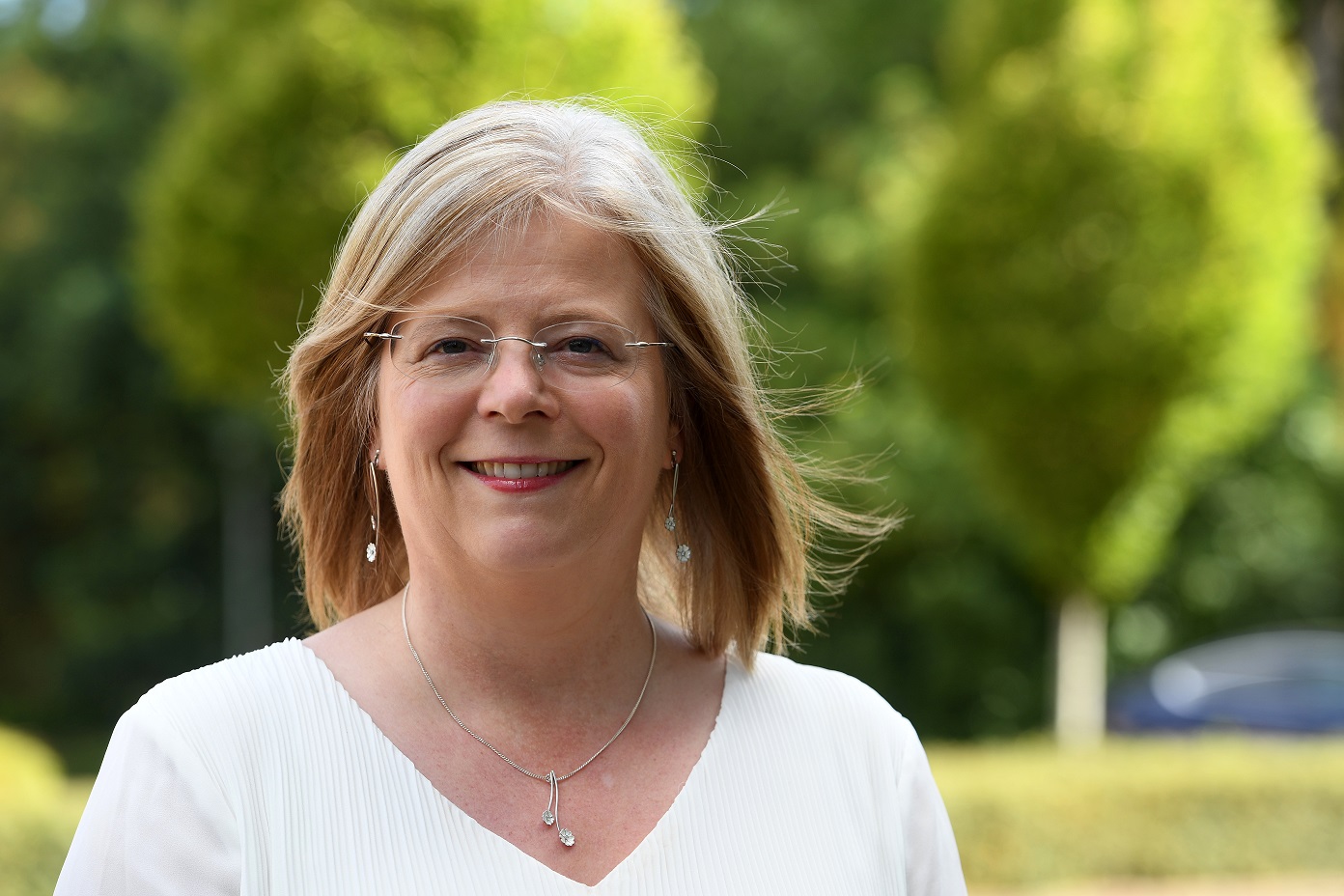 I quit sixth form in the early 1980s and went to work in the civil service, with day release to my local FE College. This ignited my passion for colleges; I loved being part of a group of students of all ages and from all backgrounds who shared an enthusiasm for the subject – business.  Started OU degree at twenty-one graduating with BSc Hons and later completed a Doctorate on the psychology of prison-based education staff.  By chance began teaching bookkeeping to adults on evening courses and discovered I loved it.  Then trained part-time as an adult education teacher which took me to work for Nacro (National Association for the Care and Resettlement of Offenders) teaching employability skills while still giving the bookkeeping classes in the evenings.  Joined Milton Keynes College in 1990 as a finance lecturer and have been there ever since.  Appointed Chief Executive in 2011 and have since taken the College from Grade 3 satisfactory to Grade 2 Good in 2017 where we currently look after 600 apprentices per year and about 14,000 learners including adults.  The College is also one of the leading providers nationally in the prison education system including the high security estate.  Launched the successful bid for funding for an Institute of Technology (IoT) as the lead partner in a consortium which includes Microsoft, KPMG and many others.  I’ve also allied the College to plans for a university in the city (MK:U) under the aegis of Cranfield University which is also an anchor partner in the IoT project.

EDI has always been a passion and last year I was named Principal of the Year by the National Centre for Diversity.  I was also presented with an OBE last year.  I am the Chair of Women Leaders UK and have been a mentor for the Black Leadership Initiative and the Network for Women Managers.  I am Chair of the Helena Kennedy Foundation and a director of the MK Business Leaders Partnership as well as a co-owner and Director of Border Engineering Limited, an Engineering company based in Luton which was founded by my parents.

I’m not sure I could lay claim to a great deal of planning or forethought when it came to dropping out of sixth form but I’m glad now I had the courage to see it wasn’t for me.  Funnily enough I ended up teaching my bookkeeping classes at my old school – an irony which hasn’t been lost on me then or now.  I have never had a plan for my career but I have always had a clear plan to improve the area of work I was responsible for. For example, I grew the College’s prison education work from a contract for one to more than thirty prisons, and alongside that was promoted from manager of one prison to a contract manager and then into the senior leadership team for the whole organisation, so my career has developed organically as I have I have grown, or developed or improved service.

I have faced many challenges in my career but without doubt the most difficult was one entirely outside of my control.  Austerity was hard on a lot of people and sectors but in Further Education the impact was nothing short of devastating.  From 2010 to 2019 the Institute for Fiscal Studies calculated that FE budgets had been cut by in excess of 30%.  As a new Principal, watching as millions disappear from your budgets year after year while trying to maintain standards and provide the kind of education our learners need and deserve was deeply upsetting.  People talk about emotional rollercoasters but this ride only seemed to go downwards.  As an institution Milton Keynes College has a particular passion for equality and diversity and holding onto programmes which pursued these values was increasingly tough as the money vanished.  As the leader of an organisation it’s very hard to have to make cuts in your provision when you know that you are losing fantastic staff who make a real difference to students lives and futures. Being focussed on core values was essential to not only surviving as an organisation but also ensuring the College was ready to grow and thrive and meet needs better going forward. Adversity stimulates innovation and creativity and it was through establishing fantastic partnerships with organisations which shared our values that the College not just weathered the storm of Austerity but came through stronger, more aligned to employer and community needs and able to offer first-class skills and training for our students, apprentices and stakeholders.

As a teacher, reflective practice, coaching and mentoring are almost part of your DNA and I have always valued having access to fabulous coaches and mentors. As my career developed I have had the opportunity to be a mentor for others.  I’ve been lucky enough to be involved with a number of mentoring projects including a Black Leadership Initiative, Women’s Leadership Network, the FE Collab Group and so on.  At the moment I’m taking part in initiatives involving Allyship and reverse Mentoring and am delighted that Women leaders UK, a charity which I chair, is extending the mentoring it can provide for its network of women across Milton Keynes.  As for being mentored myself there are many people who’ve taught me a great deal but the one who probably stands out the most is Dr Ann Limb.  Ann was the principal when I joined the College and her belief in me and support have been transformational.  Ann’s achieved many great things and we’re still in constant touch and have various opportunities to work together with various bodies and I’m still learning from her now.

Diversity and inclusion must remain high on every leader’s agenda. We need to work even harder to drive real change in the lived experience of those who are discriminated against in our society.  This is an ongoing priority at Milton Keynes College and we’ve recently inaugurated a Friends and Allies Network to try to learn from people of all backgrounds, ethnicities etc., and we’ve appointed a new manager to drive EDI throughout the organisation.  It’s all of our responsibility and it’s very dear to my heart.  I suppose the key thing I would like to see is for more organisations to actively seek out ways in which they can improve their diversity and inclusion.  It’s very easy to support an abstract ideal but a lot harder to change our own ways to make things better.

I suppose on a personal level it’s hard not to mention being fortunate enough to be made an OBE by Her Majesty the Queen.  I was really thrilled and grateful to be recognised in that way.  There are things I regard as bigger achievements though.  When I meet former students who are now running their own businesses and who say studying at Milton Keynes College set them on their way that’s a wonderful feeling.  Securing in excess of £20 million pounds in investment from the government for the Institute of Technology (IoT) in Bletchley is up there.  In many ways, seeing the College judged to be a Good College by Ofsted is perhaps the most important of all.  The impact such designation has on an educational institution is hard to overestimate.  It was a massive turning point in terms of confidence and reputation and it’s probably the thing of which I’m most professionally proud. That’s not to be complacent; it is hard to maintain high quality and none of us at College will be satisfied until we are judged to be Outstanding – watch this space!

The next challenge is to successfully deliver the IoT and to see it fulfil its promise to transform the provision of technical skills delivery in the region in a way which is accessible to absolutely everyone.   The experience of the past twelve months has proved just how much it is needed.  The pandemic has highlighted inequality in so many ways in terms of health outcomes, precarious employment, the escalation in the use of foodbanks and so on.  In education it’s shown the huge significance of unequal access to technology.  Trying to support students who have no devices, no broadband or no safe and quite place to study has been an eye-opener.

When COVID hit we were trying to get our heads around how tech was going to be the next great disruptor in education, only to discover that a tiny virus had a far more fast-acting and cataclysmic impact and that tech would actually be the most important weapon to mitigate the damage it caused.

We were already underway with a digital strategy which gave us a start but as we know, it’s the people who made things happen – the technicians who got us online and kept us there and the teachers who adapted to blended or solely digital learning.  However technically advanced we become it always comes back to the people thinking the thoughts and pushing the buttons to make a success of things.  It’s been a huge leap forward and we will only really know once things have gone back to normal (whatever that means) where that leap has taken us.