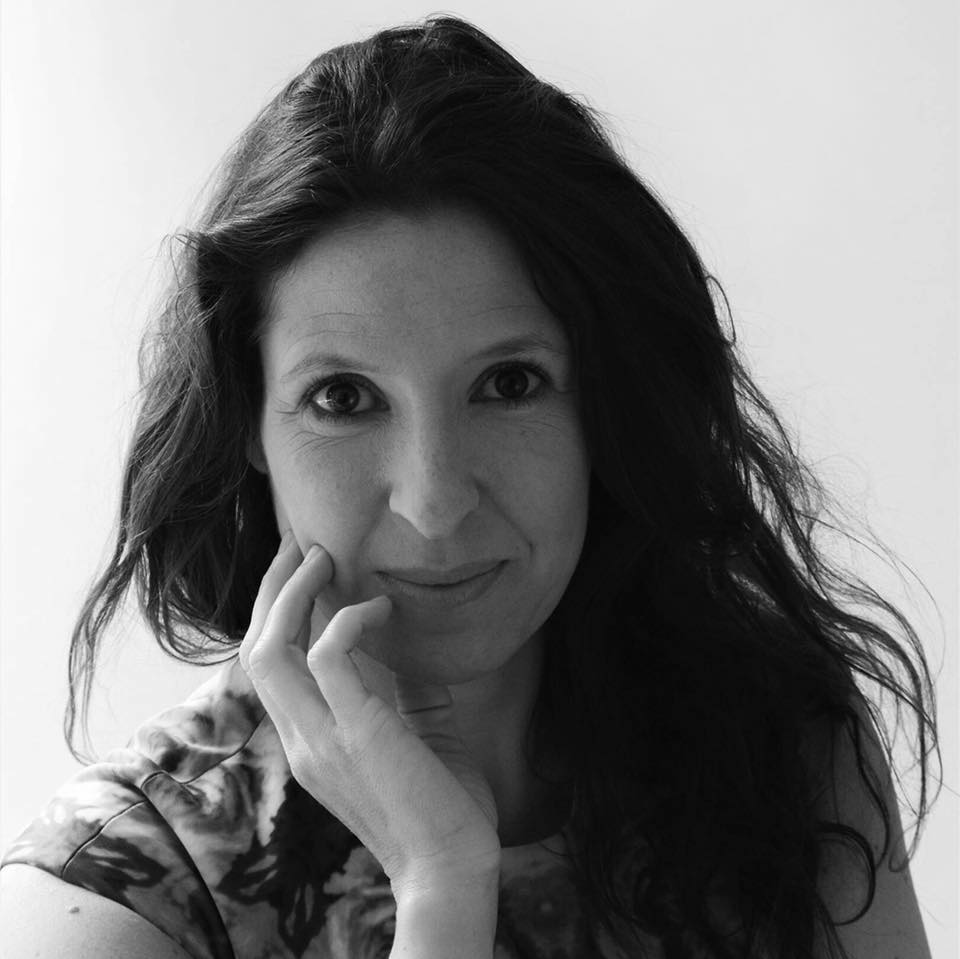 Marie Delanote is a film producer and multiple award-winning published writer who has spent most of her working life within the Arts.

Her production company is in the funding stage launching their first feature film “The Rainbow Is Black”, Marie is acting as the Producer and Director. She has several other projects on the slate for future development. Her short film, a drama, ‘The Boy and the Ladybird’ is also in development with award winning director Ben S. Hyland and BAFTA crew member producer Adam Smith from ‘Hidden Art Films’.

Marie’s first book, ‘The Healing of the 1lb Baby’ which was self-published in 2014, tells her personal journey when her fourth child was born extremely premature at 24 weeks pregnancy, weighing 1lb. Her second book was a mindfulness book and CD for children, ‘Acorns to Great Oaks – Meditations for Children’, published by Findhorn Press is also available on Amazon. Marie followed this writing a 22 episodes animation TV series, ‘I Feel’ (working title), inspired by the meditations in her book, this was optioned by Tailored Films in Ireland.

I grew up in Belgium with my mother and my three sisters. A house full of women! At the age of 14, after an entrance exam, I was accepted in the high school department of the Royal College of Music ‘Lemmensinstitute’ in Leuven, Belgium. I then went on to study my higher degree in music, Double bass, when I was 18. The highlight of my music career was playing in the orchestra of ‘La Monnaie’, the National Opera House in Brussels. After that my life made a 360 degree turn when I became a stay-at-home mum for my four children. Now THAT is the hardest job ever (haha!)

During that time, I still ran a B&B and taught Dutch to French speaking children. I speak English, French and Dutch.

In 2012 I moved to the UK with my British husband and our family. I entered a stage of rapid spiritual change and growth in awareness when our fourth child was born at 24 weeks gestation, weighing just 1lb. She had 1 chance in 10 to survive and be perfectly healthy and she did. This was my catalyst to start writing. I have always loved to write and especially, using my writing to convey messages and inspire others. My first book The Healing of the 1lb Baby was self-published in 2015.

Having both my boys on the autism spectrum, it forced me to look at things differently. Thanks to them, I also found out I was an undiagnosed woman on the spectrum. That’s another story! Findhorn Press published my mindfulness exercises for children in a book and CD, – Acorns To Great Oaks – Meditations For Children – to teach children how to regulate their emotions. Regulating emotions is at the base of a good mental health I say. And that’s when the writing-for-film-bug took a hold of me, to reach an even wider audience. Now I’m a screenwriter, producer and director at my own film production company Purple Oracle Films. We need more stories told by women and made by women. It will change the world of cinema and I want to be a part of that.

I don’t ever remember doing that. I was always led by a life event that pushed me forward. It is only now that I’m working on my career as a filmmaker, that I have made some sort of a plan. Meaning, I know where I’m going and where I want to be. But at the end of the day, if you listen to life carefully without expectation, you will always end up where you need to be. Life is not a straight highway, it is a long scenic route of gorgeous, slippery, wet, smooth and bumpy roads.

All the time! Especially as a woman, it hasn’t always been easy. In the music world, I did get the comment a few times from men in a higher position ‘If you come to my place (wink) you get this or that position in the orchestra…’ As a very young woman, this was not easy to deal with – very confusing to say the least – still trying to figure out life and sexuality. It’s horrendous that young women are faced with those situations. I just wanted to play music and climb up the ladder without having to worry about not getting a position because I didn’t want to sleep with someone.

As a writer, you need to learn to deal with a lot of rejection. At the beginning, that was very tough. My confidence was down in the basement at many times. The feeling of not being good enough floods in easily. Now it is still hard but you learn that rejection has nothing to do with your work or you. You have to keep going and believing and try again and again and again. Rejection is part of the process and it really does lead you to something better.

I think I’m very proud of everything I’ve done. As everything has been a part of my personal growth, an overcoming of fear and self-doubt. Every single thing has been a stepping stone towards feeling better and more confident within myself – breaking through self-imposed and family-imposed boundaries – healing from the past – becoming who I am. That in itself might be my biggest achievement.

I could also definitely say ‘Playing at the National Opera House, being signed up by a publisher, starting my own film production company and now having amazing talent signed up for my directorial debut. It feels pretty good!

I am delighted to be working with hugely talented composer-musician Paulette Verlee who will be writing the music score. She recently signed up with V2RecordsBenelux. Our Director of Photography is Tim Jolly who worked as a cinematographer on David Attenborough’s latest Netflix documentary. Rebecca Grant, and Leo Gregory, how lucky am I to work with such incredibly talented actors! Rebecca starred in BBC Doctors, Holby City, Sky 1 Lucky Man, etc. Leo is well known from his rolls in Out of Control, Stoned, Top Dogs, and many more. Yes, this feels like a pretty big achievement to me as well. But now we need to raise the funds so we can make the film, that will be my next big achievement!

Never, ever giving up on yourself and being willing to go outside your comfort zone. I push my boundaries daily. No one will do it for you. This doesn’t mean you can’t have a massively dramatic, emotional day. It means, after that massively dramatic emotional day, you get back up again and you continue. And whilst never giving up, you also keep believing that everything best for you always comes to you. It is a deep trust in life. This is one of my big life lessons ‘Trust in life’.

We have already started in our household, by educating our children. Educating the next generations. Government legislation in teaching equality and inequality. Government legislation directing the curriculum in schools into weekly classes in equality. This needs to incorporate racism education. There will never be equality until all genders and race are seen as equal.

I would tell my younger self so many things! Firstly maybe, chill! ‘For goodness sake woman, take a deep breath and don’t care about others opinions about you!’ Everyone is focused on their own stuff so you can as well live your dream life. I would also tell her to enjoy the journey as it is not just about the ‘the end result’. And trust, have some trust in life that everything always turns out for the best.

Raise £140K for our feature film The Rainbow Is Black to raise awareness about mental health and to continue making heartfelt, meaningful, cinematically beautiful films.

The film we’re raising funds for now, has a topic very close to my heart. The Rainbow Is Black is a drama, exploring the many ways of coping with serious mental health issues and ultimately suicide, by accompanying a mother and her three daughters’ through their difficult, nonetheless hauntingly humane journey. The central theme of this story is mental health, which is finally becoming a topic taken seriously in today’s conversation. More than 55.000 suicides occur in the European Union each year. Including more than 6000 in the UK and Ireland. It is not a light subject, but it’s one that is gaining more and more momentum. It is no longer a topic brushed under the carpet, in every industry mental health awareness is becoming the norm. In the film, we see a deep dive exploration into the topic whilst in a gentle way we’re holding the hands of the characters we get to care for deeply. It is a beautiful way to raise further awareness.

The film is not ‘just’ about depression, tell us more

The film opens a door into the psychiatric ward. We are not pointing fingers; we simply show so people can think and decide for themselves. Like with any art, films/storytelling helps the viewer gain a wider understanding of an issue and hence can do something about it in life. Despite advances in mental health care many depression related treatments date back to the Victorian era such as isolation and electroshock treatment. Whilst great advances have been made, the experiences and results I have seen close up still do not address some of the fundamental challenges faced by many people who get institutionalised.

Experiencing the effects of severe depression from so close made me think deeply about what we can do to avoid this. Through this film, I want to open a window and make people question things. It is so important to start doing things differently.

As the writer-director-producer, I aim passionate to shed light on the human mind and emotions and bring it up close to a wider audience. We are not giving the answers in this film, we haven’t got the answers! But… with this film we want to start a discussion, a debate about how we can approach this topic differently and what we can do, starting with young children maybe, to one day, one very beautiful day, eliminate depression and suicide from the world.

How can people get involved?

We already have funding in place but are continuing so we reach our full budget. We accept donations, can take advertising allocations for product placement, or individuals or companies can buy shares in the film with a potential return on the investment and tax-deductibility using the SEIS scheme.

Link for more info about the film and to make a donation: https://www.purpleoraclefilms.co.uk/the-rainbow-is-black