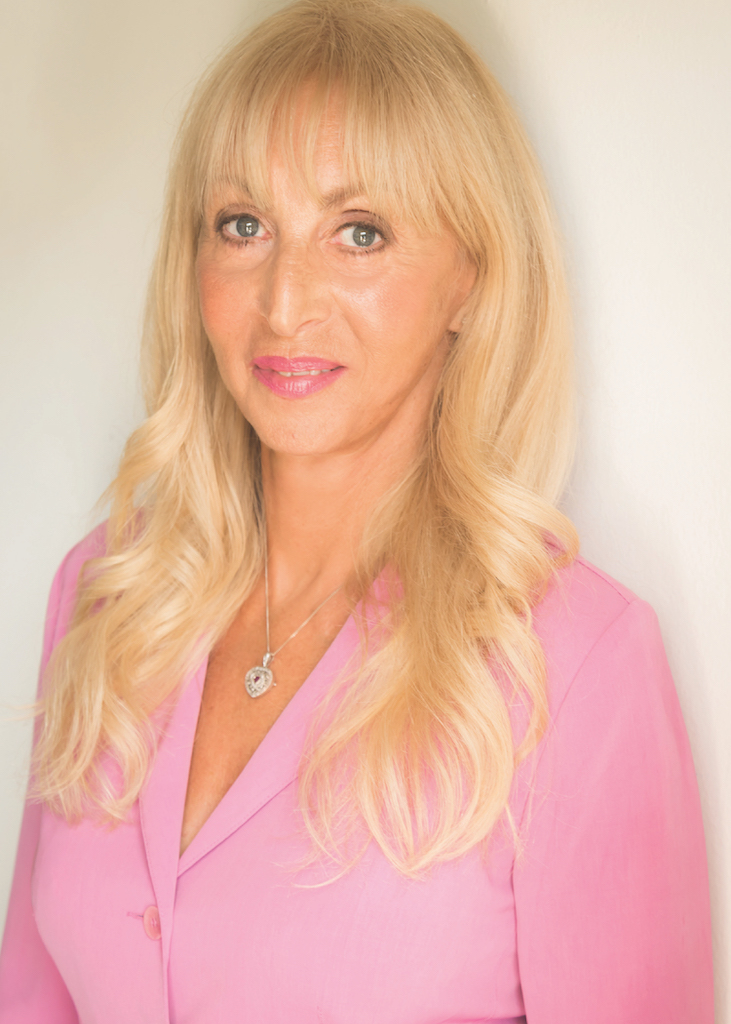 Maryon spent over 20 years helping women through her clinic in Harley Street in London. Following one million women viewing her four Facebook Live films on menopause at the end of 2016 she was overwhelmed with emails and stories of extreme suffering.  In summer of 2017, by demand from her Facebook Group members, she launched her Six-Week Natural Menopause Solution, a live online learning initiative, based on her successful five-month program.  The Six-Week Natural Menopause Solution has become a huge success in the UK, helping women to overcome symptoms, turning women’s lives around in a matter of six weeks.

December 2018 she was voted as one of the 50 most inspirational women in the UK by Femail in the Daily Mail.  She is a mother of four children and now lives with her American husband in Florida and splits her time between home, New York and London.

I am often referred to as the pioneer of the natural menopause movement. The reason behind this is because, for thirty years, I have been instrumental in helping tens of thousands of women to manage their menopause naturally. In the early days of my journey, my team and I discovered through studies we undertook that women often have low levels of essential nutrients, which affects both their brain chemistry and hormone function, contributing significantly to what we know as both PMS and menopause symptoms. My mission has been to raise awareness about this and subsequent research showing that billions of women have nutritional deficiencies. When nutrient levels are corrected, and women make some lifestyle adjustments, these hormonally related symptoms disappear. My current role is CEO of Healthy Wise and Well in the UK and Femmar in the US. My mission is to help women understand they can overcome their symptoms naturally without taking drugs or hormones.

Not in the beginning.  With hindsight, it feels like I have been on a Universe driven mission! In the old days, when I started the PMS and Women’s Nutritional Advisory Services, we often received more than 2000 letters per day from women desperately needing help.  My team and I helped tens of thousands of women overcome both PMS and menopause symptoms. In 2016, after making four films on my phone for Facebook on menopause, viewed by over one million women in 12 weeks, we needed a plan to help groups rather than individuals. Once we identified this need, planning was essential, and we created our different programmes for women to follow online individually or in groups.

The main thing that has stopped me from making faster progress has been a lack of funding.  Sadly, we never had any Government funding, as women’s health often isn’t considered a priority. We have consistently raised our funds for our charity services and research from business organisations.  A second major challenge is the lack of funding for education for the medical profession.  We used to lecture regularly in the UK to doctors and nurses, published research helping women manage PMS and menopause, but the budget cuts mean this is no longer possible.

I have helped hundreds of thousands of women around the world manage their PMS and menopause naturally.

I am the author of Manage Your Menopause Naturally and 27 other self-help books based on published medical research, many of which have reached Best Sellers Lists.

In 1987 I launched the first Telehealth Service for PMS for women all over the world.

I have appeared regularly on TV shows in the UK and Australia and contributed to many series, and had my own TV show, The Really Useful Health Show, for three years.

I had contributed to over 1000 radio shows and had my own radio show for two years.

Following the death of my 21-year-old daughter Hester in 2009, I established the Angelus Foundation and campaigned for six years to raise awareness about the dangers of ‘legal highs’ (known as Bath Salts in the US) to prevent harm and save young lives. Together with over 20 world-class experts on my Advisory Board, we worked with the Government to introduce the New Psychoactive Substance Bill in the UK.  The Bill made legal highs illegal, closing down 500 retail outlets, including 115 websites, and we stopped Amazon from selling them worldwide.  One year later, a Government Report found a circa 50% reduction in both use and harm in young people aged 16 – 24.

In January 2018, I was awarded a British Empire Medal from the Queen, and in December 2018, I was voted one of the 50 most inspirational women in the UK by Femail in the Daily Mail.

My sense of injustice drives me.  I believe that people should have adequate information to make informed decisions.  There is so much medical evidence to show that women can naturally reclaim their well-being during menopause, but doctors and women remain uneducated in the main.  This lack of education has to change and is my reason to get out of bed every day.

How do you feel about mentoring? Have you mentored anyone, or are you someone’s mentee?

I have had a mentor for some of my journey, which has been hugely valuable.  In return, I have helped others along the way too.  I believe it’s important to share our wisdom.

Help women gain power by teaching them how to manage their hormone health naturally, thus enabling them to be symptom free and feel like the best version of themselves.

Don’t ever listen to negative voices, but instead vision your goals and dreams and completely believe that you can manifest them.

My team and I have a global mission to change the paradigm through which the world views menopause.   We want everyone to understand that instead of the stigma and shame associated with menopause, women simply need a ‘midlife refuel’ in their forties to reclaim their wellbeing.  We think that the best way to accelerate our message is to provide a ‘midlife refuel’ for women at work to improve health and productivity.  At the same time educating those around them to understand that this is just a life stage.   Once better, this will set the women up for life at work and beyond.

To make this possible on a larger scale we will develop AI to include in our programmes to provide personalised solutions to millions of women all over the world.  This will provide affordable access for all. 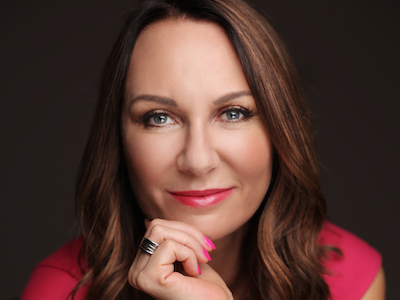