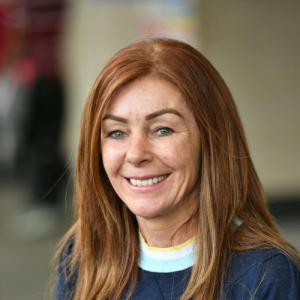 Charlotte Caldwell is joined at the hip to epileptic and autistic son Billy, now 13.

Billy fights for life every day. Billy depends on a specially formulated medicinal cannabis medicine to stave off dozens of potentially-fatal seizures every day.

Together they made history in 2018 when, after Billy’s medicinal cannabis was confiscated at Heathrow Airport and he fell into a life-threatening condition, they succeeded in changing the law regarding access to medicinal cannabis, and started a ball rolling which could positively impact thousands of people with a range of conditions, and who have experienced or believe medicinal cannabis can relieve them of the symptoms of mental and physical conditions.

I’m Charlotte Caldwell and I’m the mother of Billy Caldwell who has a medical diagnosis of intractable epilepsy and autism. Last summer, Billy’s story attracted lots of press attention in the UK after we were stopped at Heathrow Airport and his medicinal cannabis was confiscated. Through that, we have changed a 50-year-old law in having medical cannabis legislated in the UK, one that many campaign groups have tried to change over the years…we changed it in eight days.

Following the change, we thought we had won and that prescriptions would follow, but sadly that wasn’t the case, so I continue to campaign for access to medical cannabis for everyone in the UK.

Can you tell us a bit about how your campaigning journey started?

My campaign journey started on the 19th April 2017 when Billy received the first prescription in the UK for medical cannabis. A year later his GP was informed by the department of health in Northern Ireland that they should stop writing Billy’s prescriptions. We then had to fly to Canada to get his medicine, but it was confiscated at Heathrow airport on our return. That is where my challenge began.

What challenges have you faced along the way?

When Billy got his medicine back in June 2018, he then got his first prescription for medical cannabis again through our campaign. From then, Billy was doing really well up until October 2018 when his seizures started to break through. I took him back to his paediatric neurologist in Belfast who basically said she didn’t know what to do as she was not an expert in medical cannabis. I then decided to take Billy back to Canada to have a full medical evaluation to find out what was wrong. I promised to keep her in the loop with what they said throughout this process.

On the 2nd November 2018 Billy was assessed by a medical expert in medicinal cannabis and he was transitioned from his then current prescription to another medicinal cannabis medication. This was because he had hit puberty and his body, and his condition evolved so as a result of this he needed a new formulation of medical cannabis. The doctor in Canada informed Billy’s doctor in Belfast with her full assessment and an analysis of his new medication.

Whilst still in Canada I got a call from a director of the Belfast Trust informing me that Billy’s doctor would not be supporting his new prescription; I then also got an email from the Department of Health in Northern Ireland telling me that if I returned to the UK with Billy’s medicine I would be arrested and prosecuted. We were effectively exiled then until I could find a doctor who would support Billy’s new medical cannabis medication.

Over the four months I lost count of how many emails and phone calls I made to both NHS Paediatric Neurologists and Private Paediatric Neurologists in the UK. Eventually, after hundreds of emails and calls, one doctor came forward and said she would write and support Billy’s new prescription for his new medicinal cannabis product.  On February 11th this year we were finally able to return to the UK.

Although igniting the law change was a momentous occasion, keeping Billy alive is undoubtedly my biggest achievement.

Billy has been a major factor in my success. He just kept fighting, he wouldn’t let and didn’t let his epilepsy win. I had to keep fighting because he was fighting, neither of us were giving up.

What do you think the impact of the law change will be for the nation as a whole?

It was a bold move to change the law, but Billy has created history in the UK. It was a momentous day and the change was welcomed by all the UK patients who desperately need the medicine.

Now, we’ve got to get over the hurdle of getting our doctors trained and educated, and getting research done to create the evidence for the professionals. We’ve got the get the evidence in place for more prescriptions to be written.

Why is the role of women in the Medical Cannabis world so important?

I think the importance of women’s role in the Medical cannabis world is simple. As much as men don’t want to admit it, women, as mothers, are usually the boss of the household. Women are very organised; we can multitask and have been gifted with these skills.

I know from my perspective of the cannabis industry; I’m not saying that men aren’t caring but women have very compassionate hearts, and this is important within the business.

One of the things I am working on is getting access for all patients within the UK and Ireland to medical cannabis through clinical trials. To do this I am creating awareness and building relationships with the NHS. We have several doctors who are specialists in several different medical conditions who are now working on clinical trials for cancer, children with epilepsy and children with autism and ADHD. I will continue to strive to create awareness within the medical cannabis industry.

I am also working very closely with two companies to develop an environmentally friendly, sustainable medicine which will be the first organic farmer grade CBD to be launched in the UK and Europe.

Aside from CBD, I will also be launching a charity in the very near future to help assist clinical trials and research as well as helping people who cannot afford it, fund the medicine. Alongside all of this, I’m looking forward to talking as part of the panel on Why the Future of Medical Cannabis in the UK is Friendly” at the Women, CBD and Medical Cannabis Conference  this Saturday. It will be a day filled with inspirational women from across the world and to be a part of it Is something very special.

The Women, CBD and Medical Cannabis Conference is taking place on Saturday 18th May at London Paddington, Hilton Hotel.