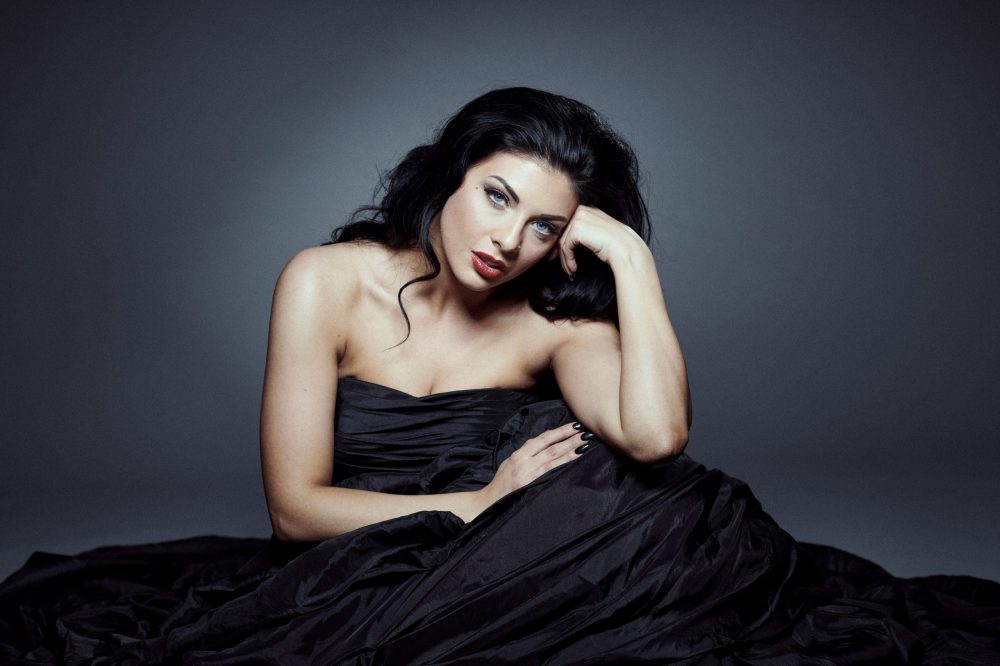 Since graduating from the Royal Conservatoire Lucy auditioned for TV talent show, Britain’s Got Talent, which she came runner up in 2014 and was immediately snapped up by Record Label Sony Classical.

Her debut album ‘Fantasia’ went straight to Number 1 in the Classical album charts, Number18 in the UK top 40 and record of the week on Classic FM.

Her performances include a private dinner held at Windsor Castle, in aid of Children in Crisis in front of Prince Andrew, Sarah Ferguson and their two daughters along with a long list of A-listers, recording Flower of Scotland with the band of Her Majesty’s Royal Marines to celebrate the 350th anniversary of the Royal Navy, with her live performance on ITV’s This Morning. She appeared as a guest on a UK Arena Tour with one of the most iconic and influential performers of Classical Crossover music, Andrea Bocelli and to top it off had been personally invited by Samuel L. Jackson to perform at his charity event ‘One for the Boys’ since then Lucy has made her Musical Theatre debut as the role of The Narrator in Bill Kenwright’s UK touring production of Joseph and the Amazing Technicolour Dreamcoat in 2016 and reprised the role again in 2017 and finally Lucy made her WestEnd debut with a new show TriOperas.

Lucy’s forthcoming album explores different genres of music from rock to pop, still keeping the classical side very much alive.

The album will be available to purchase and stream worldwide from Friday 12th November 2021.

I’m Lucy Kay, a classically trained singer from Leicestershire, best known from the TV show Britain’s Got Talent in 2014, where I came runner up to boy band Collabro. Since then, I was immediately signed to Sony Classical and released my debut album Fantasia which went straight to number one in the classical charts and number 18 in the mainstream charts; that was an absolute dream come true… getting to number one! Let alone actually recording an album that people could buy. I have had a wonderful and blessed career so far, so to name a few incredible opportunities: I have toured with Andrea Bocelli, performed for Royalty, and was even personally invited by Samuel L Jackson to sing at his charity event One For The Boys. I’ve toured the UK and Ireland with Joseph and the Amazing Technicolour Dreamcoat playing the Narrator and starred in the West End playing Carmen in TriOperas. In the months ahead I am finally releasing my latest album Dark Angel which I hope all ages will enjoy!

No not quite, I don’t think you can plan so much as just study and learn. To be honest I’m a big believer in everything happens for a reason and that everything has its set journey and so when one door closed another opened for me. All I knew is that I wanted to sing: as a young girl of 7 I sang my first solo Pie Jesu and the adrenaline, excitement and nerves rolled into one and made me realise I was destined to perform. It was a feeling like no other and so it spurred me on to keep working on my voice, but I never really knew how I was going to make my dream a reality. It was a sequence of events that enabled me to learn and catapulted me to where I am today. I joined a choir called Cantamus around the age of 7 and toured around the world with them for 13 years. This was my safe place with like-minded people. Once I had finished my time there and with the help of my two incredible vocal tutors Pamlea Cook and Elaine Guy I finally made it to music college and received an unconditional offer at the Royal Conservatoire of Scotland where I studied under the tuition of Judith Howarth. Nearing my graduation, I was then heard by someone who recommended me to apply for BGT and the rest is history!

So many, sometimes the industry can be very fickle and not to mention people will exploit you for what they can: more so a product to be sold than an actual person. I suffered a lot mentally because I was worked so hard or just because sometimes negative comments from ‘trolls’ would cause me to doubt myself. I then spiralled into the black hole of performance anxiety and depression. When entering the world of music and fame, you open yourself up to everyone and the reality is not everyone is going to like you or what you do. So you have to learn how to deal with those things.

You’ve been very open about your experience with bullying – what advice would you give someone going through a similar experience?

My advice would be to keep head strong and to always talk to someone and never suffer in silence. I would however recommend reaching out to the Anti-Bullying Pro Organisation from the Diana Award. They help engage young people, parents, and teachers to change the attitudes, behaviour, and culture of bullying by building skills and confidence to address different situations both online and off.

What more can be done stamp out bullying, especially in world where trolling seems to go unpunished?

I think there should be some form of punishment for people who troll online – I mean I for one have never understood how these platforms allow such degrading and detrimental comments to be published online. Hate breeds hate and if we can eradicate that from the internet I feel it would be a better world for us to live in. I understand people will then argue its free speech but really for me, it’s not in that category at all, it causes so much pain and suffering to the receiver and then has an impact on that person’s family and friends if the worst should happen. So like I said above the Anti Bullying Pro campaign is a great way to seek help and to understand where bullying can come from – they opened my eyes when I released that bullying doesn’t always come from a place of hate or just plain evil, sadly the bully can be going through unthinkable things at home, from abuse to just poor parenting etc. It can be a way for them to try to control someone else because of something they cannot control back at home. 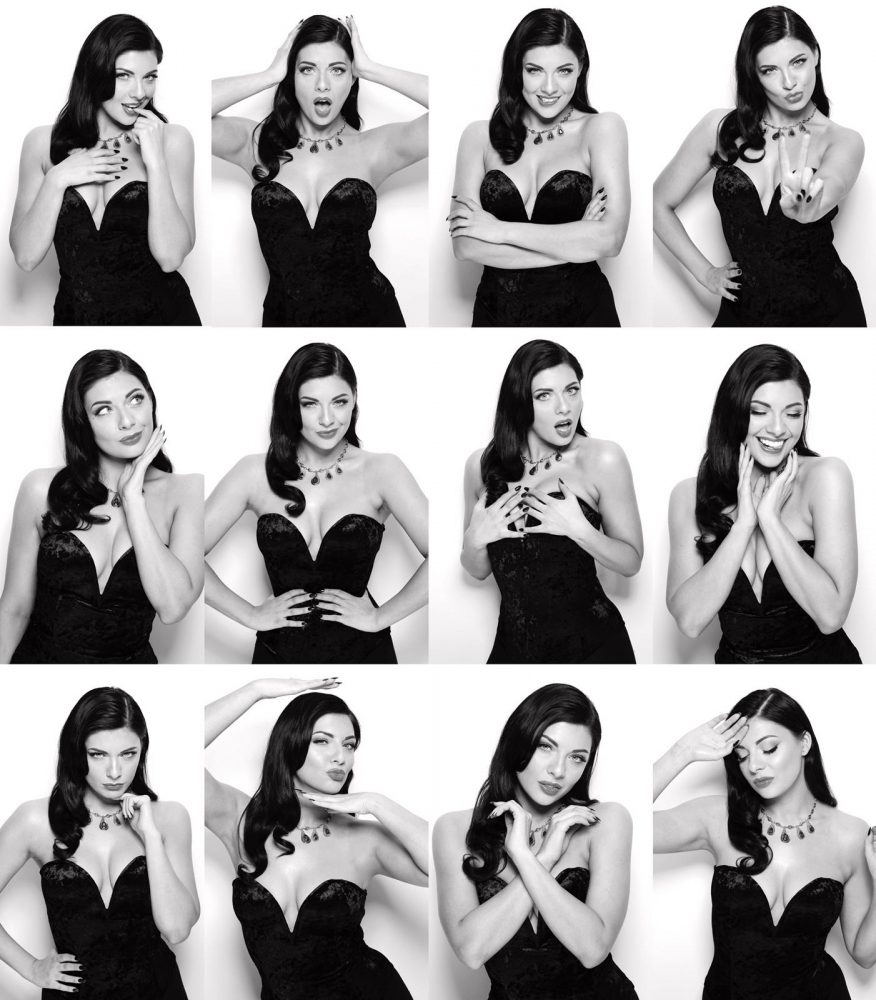 My biggest achievement has to be performing with the iconic Andrea Bocelli – my goodness it was at the top of my bucket list, and never did I imagine in my wildest dreams I would be standing on stage singing alongside him! A real pinch me moment!

Some would say BGT, being the platform that catapulted me into so much success but if I’m being real and honest with myself here, it would be the support from my family and vocal tutors. Had it not been for these key people giving me constant support, time and energy believing in me from the age of 7 years old I really wouldn’t be here doing what I love today. These are my angels and I feel so very blessed to have had and still have their continual support.

You’ve got a new album coming out, tell us a bit more about that?

My latest album is so far apart from my first album Fantasia, which was almost an A-Z of opera classics. Recorded two years ago this album is now ready to be released to the public! Dark Angel is within the classical crossover genre turning popular rock and pop songs on their heads creating a new cinematic Hollywood film-like feel. Produced and arranged by Robin Hoffmann the album is very dark in tone hence the album’s title. I wanted to show that there is beauty in darkness and give classical music some umph! I want people to feel like they are at the cinema, and they are being taken on an adrenaline pumping and emotional roller-coaster journey! As well as taking such iconic songs and reimagining them with a symphonic orchestra, choir, and solo voice.

My advice would be that no matter how many no’s and rejections you get there will always be a way. A saying I go by is ‘What’s for you, won’t go by you’. Have faith that when one door closes another will open and it might not always be the route you had initially thought.

I’m touring Vancouver BC in Canada for my solo show Unforgettable next year as well as another project I have lined up touring around Germany, Switzerland and Norway which will coincide with that, so it’s looking to be a very busy year. Thank goodness as Covid-19 was a terrible year for us all, especially in the music business. So, I’m very much looking forward to being back on stage doing what I love! In the future I would love to land a big lead role in Broadway or the West End as well as keep creating fun and exciting crossover music for all ages! However, a big thing for me is trying to change the face of classical music, there are a lot of artists really helping towards this and changing the way classical music is seen – the stigma is usually that this type of music is elitist or not cool! So, if I can still continue to contribute to this change that would be the biggest achievement for me.