0
You have 0 items in your cart
Go To Shopping
Home > Rising Star Awards > What Happened Next - Rising Stars > Rising Stars: What happened next for Rachel Morris 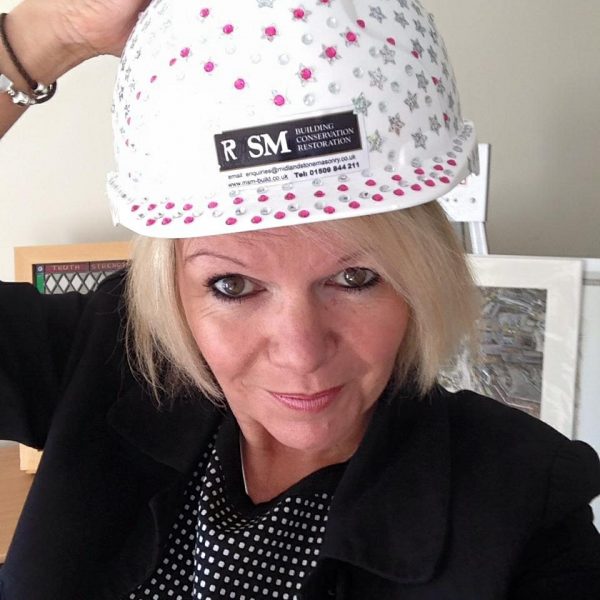 We spoke with Rachel Morris, who won a 2017 Rising Star Award in Property & Facilities Management.

I studied Occupational Therapy after leaving school but then joined the Licensed trade as restaurant and hotel manager for 10 years before progressing to regional management for student bars.

I took voluntary redundancy in 2001 and entered the charitable sector setting up a hostel for 28 young homeless people in Derby with a social housing provider.  I progressed to regional management covering 8 different social housing projects for vulnerable people.  I then had to take voluntary redundancy as there were no options open to me after a restructure which would have required me to stay away from home regularly.  As a newly divorced mother of 2 young children this was not an option for me.

I moved to YMCA Derbyshire where I held Head of Service and Governance roles.  I worked with statutory and voluntary agencies setting up the ‘Street Drinkers Intervention Group’ created to support vulnerable addicts and reduce anti-social behaviour in Derby.  I chaired the Hostel Liaison Group for many years working to bring agencies together to work collaboratively for the benefit of those most vulnerable and led campaigns against funding cuts to valuable services.

In 2015 I was proud to move to Derby Cathedral as Chapter Steward (CEO) where in addition to managing 50 staff and 300 volunteers  I project managed two of the biggest building projects the Cathedral has undergone.  I also developed the Cathedral as an entertainment venue for the city promoting its purpose as a centre for the whole of Derby as well as providing three Church services a day.

In 2017 I was promoted to a new position which is innovative across the country.  Retaining the strategic lead at the Cathedral I am now also Diocesan Secretary (CEO) to everything Church of England across Derbyshire.  This is a challenging role which is considered trailblazing across the country.

In 2018 I was appointed a Member (the equivalent in the commercial sector of shareholder) of the Derby Diocesan Academy Trust which is nationally recognised as a leader in education, we have 16 primary schools and recently opened the new Derby Cathedral Senior School which will eventually serve 1300 pupils.

I contribute in various ways to many local charities.  I am the Chair of Trustees at DHA (Direct Help & Advice), the Derby Law Centre.  A charity which provides telephone advice and legal support to anyone in housing crisis.  We recently also prevented the closure of ten libraries across Derby by taking on their operational management and working with other local charities to create community hubs.  I also work for Derby County Football Club, young players living away from their families stay in our family home where we teach them life skills.

I am proud to have won several awards but particularly proud to be considered a role model for women in business.   My 28yr old son is a successful salesman and has volunteered with charities mainly on fitness projects. My 25yr old daughter is a bank manager with a social conscience!

I was shocked initially, then surprised, then delighted and humbled to be considered a role model for women in business.

Since winning the award I have been promoted to a major new innovative role which is being watched nationally and could lead to further development and restructures across the Church of England nationally.

My public profile has risen and I have been invited to more consultations, business events and strategic planning groups across the County.  I have been featured in business articles locally and been nominated for several other awards (some more significant than others!).

This year I have been invited and appointed a ‘member’ at Derby Diocesan Academy Trust.  I have also taken on the position of Chair of Trustees at DHA, the Derby Law Centre charity.

Prior to winning the award I had not really given much thought to how my gender affected my career.  Since becoming part of WATC I have been able to analyse my own career and how being female, divorced and consequently a single mum has impacted my career.

I have tried to take time out to spend with other female colleagues both within my own organisation and beyond.  I have encouraged them to progress in their own way whilst juggling their various social challenges.  I was very proud this year to see my daughter promoted to Bank Manager at age 25.  She is regularly hospitalized through endometriosis (a gynecological condition), and this contributed towards her leaving school with no qualifications.  She has worked incredibly hard and her employer has invested in her despite the unreliability of her health.

Soak up as much information and advice as you can. Attend as many events as you can, you will be inspired every time.  Don’t be shy to celebrate what you have achieved.

Be confident, if you can dream it you can do it.

Take every opportunity to learn.

Don’t compare yourself to others we are all different, make your own tracks.

Try and do a job that matches your own personal values then you can put your heart into everything you do.

Alison is the Digital Content Editor for WeAreTheCity. She has a BA Honours degree in Journalism and History from the University of Portsmouth. She has previously worked in the marketing sector and in a copywriting role. Alison’s other passions and hobbies include writing, blogging and travelling.
Previous PostThe Close Brothers Graduate Programme 2019Next PostHow to make strides in leadership