19-year-old Qureshi from Mumbai, opened the show for Indian designer Archana Kochhar and FTL Moda. Her aim was to raise awareness of the issue of acid attacks through the #TakeBeautyBack campaign and was met by deafening applause from the crowds.

In 2014, Qureshi was the victim of an attack in which her brother-in-law alongside a group of men through acid in her face. The result left her with numerous scars and she lost her left eye. After the attack Qureshi even contemplated suicide.

However, Qureshi decided to turn to social media to talk about her experiences. In a video posted on the Make Love Not Scars’ channel, she spoke about how to get the perfect red lip – which was viewed more than a million times.

Speaking about her runway debut, Qureshi said, “After the acid attack happened to me I never though in my wildest dreams that something like this could happen to me.”

“That I would come to such a big place and walk on such a big stage.”

Speaking to the New York Post, Qureshi continued saying: “I am walking for the other women like me, so hopefully they will be inspired.”

“I want people to look at acid-attack survivors as people…It is absolutely traumatic to be a girl living in India [where] a woman saying no is seen as a form of retaliation.”

“If a man approached you and says, ‘I love you and want to be with you’ [and that] woman says no, she is likely to be attacked by acid. So the woman’s standing in society is lowered based on how she looks, because her face is ruined.”

Bollywood actress, Sunny Leone who also walked in the show, said, “You need to take one second and look at Reshma and see how strong she it, how she can change her life.”

“And I think people can draw strength from that.”

Designer Kochhar added, “I believe beauty is not external, but rather what comes from within.”

Last year, FTL Moda hit the headlines again by announcing that a Down syndrome model would walk the runway. Madeline Stuart, an Australian model, made her debut dressed in Hendrik Vermeulen and became only the second woman with Down syndrome to model in New York Fashion Week.

Alison is the Digital Content Editor for WeAreTheCity. She has a BA Honours degree in Journalism and History from the University of Portsmouth. She has previously worked in the marketing sector and in a copywriting role. Alison’s other passions and hobbies include writing, blogging and travelling.
Previous PostDare to Dream Part 2 | Future Leaders BlogNext PostBunny Boiler stereotyping 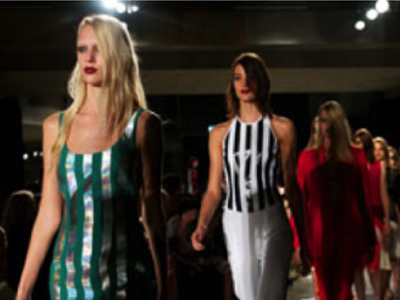 All you need to know about New York Fashion Week