0
You have 0 items in your cart
Go To Shopping
Home > Career Development > Careers for women > Brexit and Relocations – what are your rights if your employer announces your job is relocating abroad? 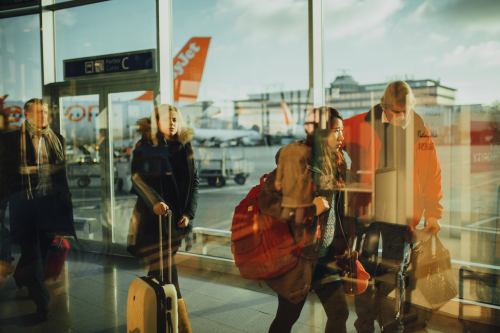 Since the referendum to leave the European Union, in June 2016, many companies immediately began putting in place contingency plans to ensure their post-Brexit survival.

Over two years down the line, there is still much uncertainly surrounding the details of our departure. As things stand, we are scheduled to leave the EU on Friday, 29 March 2019.

There has been mounting speculation that the UK could leave without a deal. This heightened following European Council President, Donald Tusk’s rejection of the Chequers plan. Such speculation adds to the nervousness felt by companies operating in the UK about their post-Brexit future in this country.

The impact of Brexit will differ from sector to sector. One of the most affected is the financial services sector. Continued access to the single market is uncertain. As part of their risk management strategies, many companies have been relocating jobs to Europe and other parts of the world since the outcome of the referendum.

One of the biggest considerations facing those in the financial services industry will be the loss of ‘passporting’ rights. Currently British companies are able to offer financial services to the rest of the EEA (28 EU members plus Norway, Iceland and Lichtenstein) while only having to follow one set of regulations. The loss of these rights would place additional barriers in the path of UK-based companies in being able to service the EU from their UK operations.

EU chief negotiator, Michel Barnier, stated the position that “Brexit means Brexit” – and that there could be no opt-ins to parts of the single market for certain industries. This is a strong indication that the EU will not permit British companies will retain passporting rights.

Until a deal in finalised, nothing is certain. However, companies are not prepared to wait for clarity from the UK government and relocations continue. A number of Investment banks have made public announcements about relocating jobs abroad. 45 per cent have announced plans to move jobs or operations out of the UK. As have a significant number of insurance companies and asset management companies.

Firms including Goldman Sachs, UBS and JP Morgan and have already moved hundreds of staff from London.

Lloyds of London has shifted some of its major functions from the UK to a new financial centre in Brussels.

Understandably, continued announcements of relocations have left many employees feeling uncertain about their prospects in the UK market. Many have concerns about where they stand if they are told their role is going to be relocated abroad.

While some might see it as a wonderful opportunity to up sticks and try something new, others may not be feeing so positive. So, if this happens to you, here’s what you need to know about your legal position:

Do you have to relocate?

Many employment contracts contain a mobility clause, which allow employers to relocate staff. An employer may be entitled to dismiss an employee who refuses to move.

The starting point is to look at how the mobility clause in your contract is worded. Does it place geographic limits on where you can be relocated, does it stipulate how much notice your employer required to give you or set out the circumstances in which the clause can be exercised?

If you employer fails to comply with contractual obligations when exercising the mobility clause, you should raise a grievance, and may be able to resign and bring a claim for constructive dismissal.

There are also constraints on the way in which an employer can exercise the right to relocate – even when the mobility clause seems to allow the employer complete freedom.

There is an implied term that the employer will give reasonable notice of any move. Your employer should consult with affected employees prior to any move. Where the employer is intending to relocate employees a long way, it would be expected to have a good reason for the move and to be able to show that it had considered other options before imposing any change.

Where there is no mobility clause (express or implied) and the employer attempts to force you to relocate, you may have a claim for breach of contract, constructive dismissal or redundancy pay.

Can you challenge the move?

If the entire workforce is relocating, this will amount to a redundancy situation, and as long as a fair redundancy procedure is followed, you are unlikely to have a legal basis to challenge the move.

If any of the above apply, then employees should seek further professional advice on how to address this with their employer.

Are you entitled to compensation if you lose your job because you refuse to move?

In cases where the detrimental effect of the change is significant, the employee would be entitled to resign without notice, claim constructive dismissal and claim loss of earnings.

In redundancy situations, employers often try and argue that the role at the new location is a suitable alternative role, therefore there is no redundancy.  In order to claim redundancy pay, it’s important that the employee identifies why the role is not suitable, for example demonstrating how the additional travel or new location will significantly inconvenience them or their family.