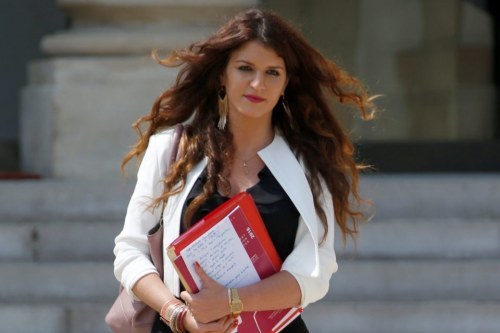 The newly appointed French gender equality minister, Marlène Schiappa, has called for fines to be introduced for those who commit sexual harassment.

The minister believes that by giving the police the power to slap perpetrators with an on-the-spot fine, it will help combat sexual harassment.

The fine, which Schiappa argues should be a substantial amount of €5,000, would help to deter the “huge phenomenon” of sexual harassment in France.

Speaking to The Guardian, Schiappa said, “It’s that moment when a man is walking behind a woman, talking to her, and the woman can do nothing, because she is alone.”

“She doesn’t scream for help, because she thinks, ‘It’s not that bad, I’ll walk, I’ll escape.’”

“It’s that moment when a man is walking behind a woman, talking to her, and the woman can do nothing, because she’s alone.”

“Twenty euros would be a bit humiliating, €5,000 would be more of a deterrent.”

Schiappa has been serving as the Secretary of State in charge of Equality between Women and Men since 17 May 2017. She was appointed by France’s new president Emmanuel Macron, who has made clear his stance on women’s equality.

More recently, a record number of women were elected into the French parliament. Of the 577 newly elected members of parliament, 223 were female. Female representation now stands at 38.65 per cent in the National Assembly.

Alison is the Digital Content Editor for WeAreTheCity. She has a BA Honours degree in Journalism and History from the University of Portsmouth. She has previously worked in the marketing sector and in a copywriting role. Alison’s other passions and hobbies include writing, blogging and travelling.
Previous PostMaking peace with the unexpected | If Life Throws You LemonsNext PostGirls don’t need one role model, they need a tribe