0
You have 0 items in your cart
Go To Shopping
Home > Career Development > Careers for women > Behind every great woman… is a great man?

In a world where women are still being forced to choose between career and family, what happens if they opt for the former?

When 59 per cent of Millennial women still believe that being a parent will hamper their career progression – when women still spend almost double the time on childcare and housework than men do – is it really possible to have it all?

Of course – if you have a partner willing to pick up the slack.

You can never truly know what goes on in a marriage, so passing judgment on others’ is ropey territory. Still, here are four career women/supportive husband marriages that prove having it all is possible.

When the Israeli-born business woman Safra Catz become joint CEO of Oracle back in 2014, she was earning an annual salary of over $50 million. But while this hefty sum may pay any number of rents, it can’t substitute for the time she misses with her two sons. “Now I understand the concept of Wonder Woman,” she said to Fortune back in 2000. “Absolutely, I could not do what I do without my husband at home.”

The husband in question is Gal Tirosh, an Israeli stay-at-home dad and writer. While Safra is running a tech empire and winning the family’s bread, Tirosh ensures that their children receive the parental input all kids need. His role is vital to Catz’ own success. “If the ops meeting runs late, I don’t have to pick [my children] up at day care,” Catz added in the same interview.

A family income of tens of millions and two well-adjusted kids? Whatever they’re doing, it seems to be working.

Chanda Kochhar, frequently described as one of the most powerful women in the world, is the CEO of ICICI Bank, the biggest private bank in India. She met her husband, Deepak, while studying at management school. But her phenomenal success hasn’t always been easy on their relationship.

In a Hindustan Times interview, Kochhar said of her career:

“There were so many occasions when I wasn’t around for my kids or my husband. But we learnt to work around it… It’s about maintaining balance. Plan better, be organised. I chose to be a working wife and mother. Why should I compromise on either?”

Though a wind energy entrepreneur in his own right, it’s Deepak’s understanding of his wife’s professional commitments that has made their marriage work. In a 2016 letter to her daughter, Chanda wrote: “My career would not have progressed the way it did were it not for your father who never once complained about the time I spent away from home. Your father and I nurtured our relationship despite the fact that we were both busy with our own careers.”

Ursula Burns began her career as a mere intern with Xerox in 1980. Over the next 29 years she climbed the company ladder, eventually being tapped for CEO in 2009. Today she makes millions as the first African-American woman to head a Fortune 100 company.

At the time when she took the helm, Xerox was failing apart, with former CEO Anne Mulcahy having promised senior execs a ‘graceful exit’ if they wanted to jump ship. After a conversation with a colleague in which he compared her leaving the company to walking out on her long-time husband, Burns decided to stick it out.

If Burns’ loyalty to her husband was key in persuading her to stay true to Xerox, then it is her husband loyalty to herself that has made her whole career possible. Xerox scientist and researcher Lloyd Bean is twenty years his wife’s senior – a fact that Burns insists has benefitted her learning process. By retiring, he also enabled Burns to travel for work by taking responsibility for their children’s welfare.

If your wife had been thanked in Oscar speeches more frequently than God, maybe you’d be a little in awe of her. “No, never,” says Don Gummer, the professional sculptor and father of Streep’s four children. In fact, when asked about what they mostly argue about, his reply was: “Wash the dishes or put them in the dishwasher.”

For years, Don has attended award ceremony after award ceremony, quietly supporting his wife from the corner. His quiet demeanour and reserved personality form – according the Streep – a perfect foil for her own enthusiastic approach to life. “[He] loves me as I am, eager and overactive, even at this age,” she said in a 2015 interview. And it is no doubt only with Don’s support that she is able to say: “Women should not have any stigma attached to them if they choose to pursue careers. Life is about choices and I’m very happy with mine”

Streep certainly doesn’t take her husband for granted, either. In 2012, upon winning her third Oscar for The Iron Lady, it was Don she thanked first. “First I’m going to thank Don,” she said, “because when you thank your husband at the end of the speech they play him out with the music. And I want him to know that everything I value most in our lives you’ve given me.”

Women have many mountains to climb before they fully smash that glass ceiling. Ever since the dawn of corporate time, home-bound mothers have made their husband’s careers possible, cheering from the side-lines. It’s time to turn the tables and make that arrangement work on both sides.

Susanna Quirke writes for Inspiring Interns, a graduate recruitment agency which specialises in sourcing candidates for internships and giving out graduate careers advice. To hire graduates or browse graduate jobs, visit their website. 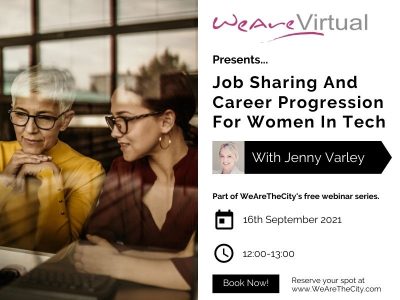