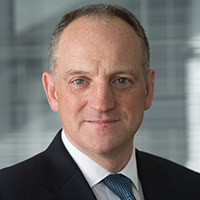 Andy Maguire is HSBC’s Group Chief Operating Officer leading operations, technology and corporate services for the bank.  Andy also leads HSBC’s chief operating officers who are responsible for the effectiveness and efficiency of the bank’s operations.

Andy began his career with Lloyd’s Bank, where he worked in retail, corporate and private banking. He then worked for 20 years as a consultant specialising in large transformation programmes in Europe, the Americas and Asia, latterly with Boston Consulting Group. At BCG, he was the head of the Banking and Customer Services practice, managing partner of the UK and Ireland, a member of the firm’s global executive committee, and from 2010-14 he led BCG’s relationship with HSBC.

Doh! It’s the boys (men) who need to change/be changed :-))…plus a much smarter, more successful wife and two punchy daughters…oh and it’s half the world – we need to.

Tough…men have/have had networks for years, decades…ever, so it’s just a minor re-balance.

Create ‘safe place’ to have conversations – it’s not (supposed to be) a test.  Take pressure off saying right/wrong thing.  Simple prompts…”think about your sister/daughters” etc.

Yes – currently eight of my 12 mentees.

Women are more self-aware/realistic i.e. focus on what they aren’t perfect on/at versus their strengths – as a result, less qualified/capable men apply/think they can do a given job.  Typically, in my experience, women are perfectly able to identify/target senior roles. 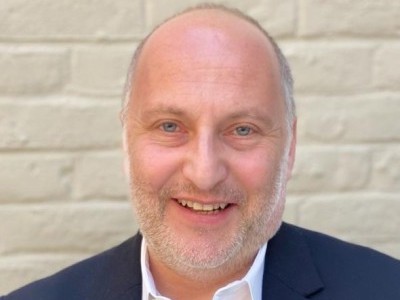