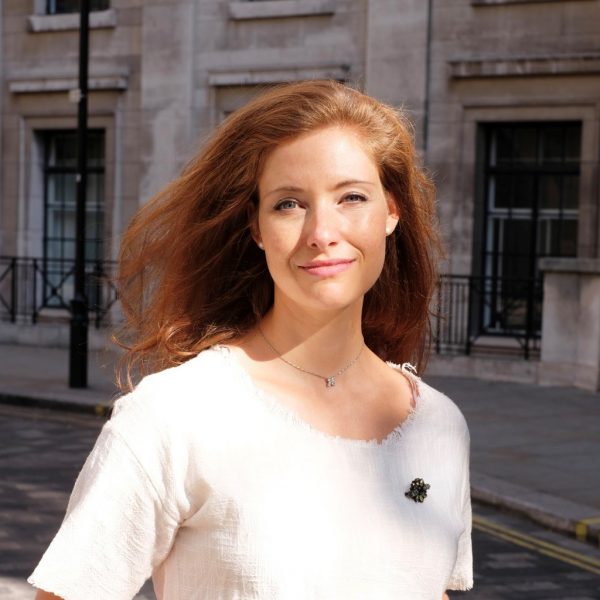 It is thought to be the deadliest structural failure accident in modern human history, and therefore also the deadliest garment-factory accident ever.

Cracks had been discovered in the building, and the shops and bank on the lower floors were immediately closed – but the garment workers were ordered to return, and the building collapsed during the morning rush-hour.

Professor Juliane Reinecke is Professor of International Management & Sustainability and Associate Dean of Impact & Innovation at King’s Business School. Juliane has been researching the aftermath and impact of the Rana Plaza disaster for four and a half years and has visited Bangladesh many times and written a range of papers and research around this disaster.

April 2018 marked the five-year anniversary of this tragedy. Juliane organised a conference in Berlin in collaboration with the Free University of Berlin to mark this occasion and discuss the impact that Rana Plaza has had on business practices and ethical supply chains.

Juliane is currently teaching “Global Governance & Sustainability” on the Master in International Management course, as well as acting as Associate Dean of Impact & Innovation, at King’s Business School. This involves serving in the Senior Leadership Team, her particular focus is on promoting societal impact, for example, how research at King’s Business School makes a contribution to the wider society and economy beyond academia. She also supervises a range of PhD candidates at King’s with a focus on sustainability in an international context.

Based on her five-year research into the Bangladesh garment sector, Juliane has published a new book on “Transnational Industrial Democracy” which examines the role of different stakeholders in creating innovative governance solutions to seemingly intractable problems such as unsafe factories in Bangladesh.

Juliane states “Most of my research to date has focused on human and labour rights in global supply chains, such as Fairtrade and sustainability certification for coffee, and conflict minerals from the Congo. Global supply chains account for about 80 per cent of global trade and 60 per cent of global production according to UNCTAD. Thus, if we want to tackle social and environmental problems related to doing business, we need to take a supply chain angle”.

Juliane has given a lot of time to researching the impact of the Rana Plaza disaster, after the deadly collapse of the textile factory in Bangladesh, where clothes were made for international brands like Primark, Benetton and Mango. It was the latest disaster in a series of fatal factory fires and collapses in which hundreds of garment workers in Bangladesh were killed, despite many being checked against international accountability standards.

When Rana Plaza occurred in 2013, Juliane was shocked at a personal level that some of the labels in her own wardrobe may have been produced by the workers who died in an avoidable disaster, large cracks were visible the day before the collapse, and other shops and banks in the building closed, but garment workers still had to continue their work.

She became eager to understand what caused Rana Plaza and the series of deadly accidents that preceded it, and how, if anything, can be done to prevent them in the future. Which lead to Juliane embarking on a five-year research project to understand the creation and implementation of the Bangladesh Accord.

This research has also led to collaborative work with the Ethical Trading Initiative on social dialogue in global supply chains, and lately, understanding the link between business models and labour standards.

Through the collaboration with the Ethical Trading Initiative, Juliane interacts with multinational companies with global supply chains, labour rights NGOs, trade unions, policy makers such as the ILO in knowledge exchange activities. To give an example, Juliane presented the latest work on business models and labour standards at the “Responsible supply chains: the future of trade” conference in London. The aim was to throw an academic lens on the current approach to labour governance, to inform future industry practice, but also to be a critical “friend” pushing the boundaries of the debate from current business practice of Corporate Social Responsibility and codes of conducts to the role of underlying business models and their link to supply chains.

Is ethics about to get more complicated?