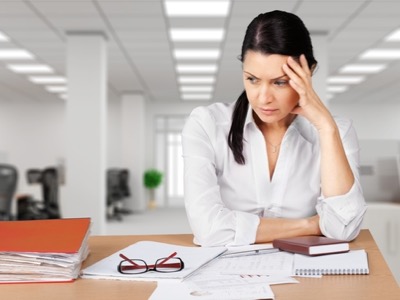 ‘Keep Calm and Carry On’

These words, as written on a placard for display in every card shop window and High Street newsagent would simply not have found their way into our consciousness a few years back.

It’s almost amusing to me that they create the very sense of unease they appear to be warning against. ‘Be afraid, be very afraid’ seems to be the subtext. But when I look around now I honestly don’t see more to be anxious about than when I was growing up. So has the world changed, or have I?

Back then, as now, we saw the disturbing consequences of runaway emotion all around us. I’m thinking of road rage, squabbling neighbours, stressed-out mums shouting at their kids in the supermarket aisle and a million other minor and major incidents where adrenalin kicks in and calm, quiet resilience checks out. Of course it’s always very easy to judge others when we see them losing it. Amazing how much more forgiving of ourselves we are when caught in similar situations. We’re so wise after the event: “I know I shouldn’t have lost my temper”, we say, “… but in the circumstances…! ”

The result is the same, however we try to justify our actions. And if we want to know the benefits of keeping calm, we need only look at the medical evidence. Constant stress clearly leads to high blood pressure, anxiety and depression, increased risk of mental and physical breakdown, heart attack, stroke and the rest. We don’t need clinical trials to tell us that we are being robbed of our birthright, which is perfect happiness, and run the risk of losing our lives (or worse, making someone else lose theirs) if we’re unable to get our feelings under control.

But what if I told you that the causes of all this heightened negative emotion are purely imaginary? What if I said that our experience of stress is not generated by the circumstances of our lives, no matter how traumatic or upsetting they appear to be? Suppose we could defuse any apparently stressful situation by simply realising that the ‘cause and effect’ element is an illusion? In that scenario, we wouldn’t actually have to ‘control’ our emotions because we would no longer have those negative thoughts that inevitably generate them.

A new understanding in psychology teaches that our emotions come from the ‘inside out’, and not the other way around. Thoughts are transitory; they come and go. But when we give them energy, give them a ‘boost’ by adding multiple layers of insecure thinking on top of them, they quickly grow until they manifest unhealthy, antisocial behaviour. Tempers rise, causing others to react negatively. They now consider themselves under attack and begin to create their own ‘thought scenario’. What started as a minor disagreement can escalate into real violence.

The philosopher Sydney Banks, who first began to lecture on the subject of Mind, Consciousness and Thought, also known as the ‘Three Principles’, in the nineteen seventies spoke of the ‘Universal Gift of Thought’ as a ‘rudder’ to steer the human ship away from the rocks of negative emotion and into calmer waters. This may sound like a technique for handling tricky situations but in fact it goes far deeper, pointing to a universal truth about us humans. Thoughts aren’t generated by experience. It is experience that’s generated by thoughts. Change your thoughts and you change your reality. Once we are struggling to ‘control our emotions’ it is too late; it is ‘after-the-fact’.

In all this Syd was actually just reinterpreting an ancient wisdom, as well as some from more recent times. A hundred years ago the famous psychologist Carl Jung said that ‘perception is projection’. What that means is that our eyes (and therefore our brains) are not so much taking in information from the material world as putting information onto it, literally creating the world (or at least our personal version of it) moment by moment.

Understood this way the world begins to look very different. Simply by knowing how completely subjective reality is can free us to become better versions of ourselves: more resilient, kinder, less fearful and so less confrontational. The need to control emotion simply falls away.

A friend of mine has a bumper sticker on the door of his study. It’s humorous and serves as a reminder – and a warning – to himself. I’d like to see it adopted in place of those ‘Keep Calm’ signs. It reads:

“Don’t Believe Everything You Think!” 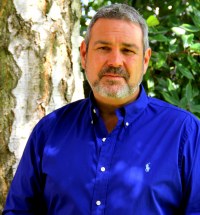 Why emotional intelligence is a superpower in the workplace 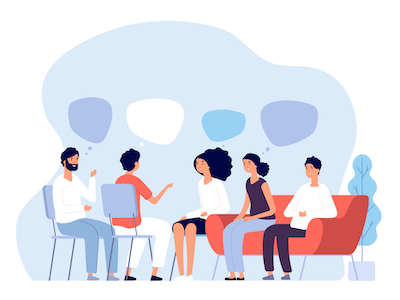 How to discuss concerns about stress with your boss