0
You have 0 items in your cart
Go To Shopping
Home > Inspirational Profiles > HeForShe > HeForShe: Adam Stolerman | Partner at TritonExec

As a Partner at TritonExec, Adam brings strong operational and people leadership to the team and radiates authenticity and altruism. Having been active in search and selection since 2005, he joined TritonExec in 2012. 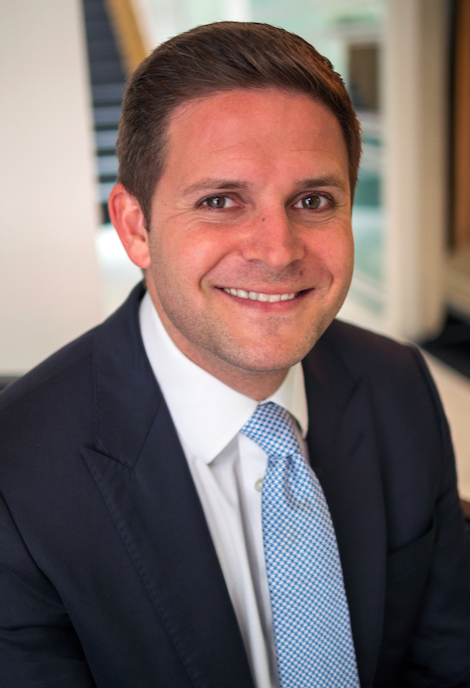 WeAreTheCity spoke to Adam about his reasons for supporting the HeForShe campaign.

I grew up in a female dominated environment as I have three sisters. They are all successful in their own right – one is an entrepreneur, one is a buyer in the fashion industry and the other works in the creative industry. They have faced their own challenges and it makes me an avid supporter of diversity.

I work in the search industry, covering the technology space, which is heavily male dominated but diversity is high on the agenda both within the industry and for our clients.

Business is better with women. Men and women have unique perspectives on situations and their different skillsets and talents complement each other when working. I have seen it in our company, where 50 per cent of our management team are female.

Their management style and approach differs from men and it reflects well in the decision making for the business. Research from McKinsey found that businesses in the technology industry who welcome a diverse workforce are found to perform better financially than competitors which aren’t as diverse. So having an inclusive workforce is advantageous, it aids culture and innovation, has financial benefit and in my experience the highest performing teams have always been mixed in gender.

To achieve gender equality you need a balanced conversation and it is vital that men are still included in it. However, whilst they are welcome, there could be an assumption that their voices aren’t needed, which is a shame as change can only happen with their input.

Our Head of Diversity & Inclusion attends a large number of diversity events, and the majority of the people in the room are female. No literature says men aren’t included but there appears to be a presumption that it is a conversation aimed at women.

We as a business are incredibly passionate about gender diversity, we have 46 per cent females in the business overall and 50 per cent of our management team are female.

For us the conversation is totally open and our diversity ambassadors in the business are both men and women.

Sometimes you have to highlight a disadvantaged group before change can really happen. Think Black Lives Matter or LGBT rights. It might be 2017 but there are still areas which require the spotlight to highlight the need for equality.

It is the same for women – their rights have drastically improved in many parts of the world but historically women have always been at a disadvantage. Gender equality is still an issue.

We work within the technology space, and IT teams are typically 80 per cent male, 20 per cent female.

Many organisations recognise the need to close this gap and this is where ‘women in’ groups and networks are fundamentally important because it shows that women can be part of the industry and to feel included in environments that have always been male- dominated. They are not designed to make men feel like gender quality isn’t their problem. Gender equality is still everyone’s problem.

Our company is led by four male partners. It would be easy to not to get involved in the gender debate but we see first-hand the benefits that diversity brings to TritonExec. We actively encourage our male colleagues to get involved with events and activities that drive diversity and also to make sure that diversity is part of what we deliver to our clients – 40% of people on our shortlists are women.

Businesses need to speak out and encourage men to get involved. If someone wants to go to an event on diversity, make sure the invitation is for everyone. Have discussions, have debates, write articles. Encourage new thoughts. You can only have a debate of value if both genders are equally involved.

I have worked in the industry for 12 years and have taken an active interest in coaching and mentoring women through hiring processes and securing them their next career roles.

It’s important we have a female pipeline and we actively encourage young women to have careers, a voice and be ambitious in the business that they work in.

We want women to progress and I currently mentor one of our Directors and our Head of Marketing – both female. As two women in very different functions within our company, with different skillsets, drivers and ambitions, it is important to recognize that being an effective mentor means understanding their specific needs and drivers in order for them to succeed. I hope that it is something I do well.

Interestingly, one of our clients recently did some internal research to find out why women were not putting themselves forward for more senior positions internally. They found that women took a more cautious approach to applying for senior roles as they wanted to make sure they were an 80 per cent match for the role, compared to men who would apply even if their skills only matched with the role by 30 per cent.

I have noticed that from mentoring women both in the past, and through encouragement and mentoring, they have become less likely to be cautious and instead are much more confident in applying for senior roles within the business, as well as making their voices heard. Mentoring can be a really effective way to encourage women to be bolder and more confident in an organization. I am lucky to be part of a business that really understands why gender equality is so beneficial, and a conversation that everyone should be having.