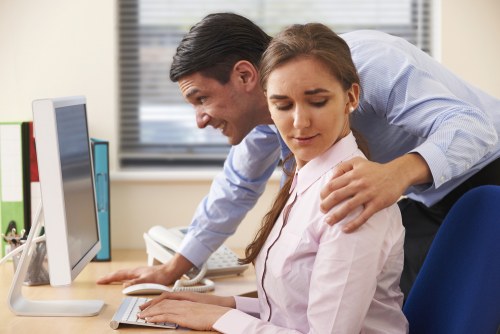 A quarter of Brits say that the #MeToo and #TimesUp movements gave them the confidence to report sexual harassment in the workplace, according to a new study.

New research from global jobs site, Monster.co.uk, found that prominent movements against sexual harassment have given over  a quarter of UK workers the confidence to report sexual harassment they see or experience in the workplace.

While the research unearthed the positive impact the movements have had, it also highlighted the extent of gender discrimination and sexual harassment still taking place in workplaces across the UK.

Over a third of UK workers said they had either experienced or witnessed gender inequality in the workplace in the past 12 months. This was more prevalent in women, with a quarter saying that they had experienced it themselves, compared to nine per cent of men.

Younger generations were also more likely to say they have either experienced or witnessed it, than those aged over 35.

Sinead Bunting, VP of Marketing Europe at Monster said, “#MeToo and Time’s Up have clearly had a profound impact and raised awareness of sexual harassment and gender inequality in the workplace.”

“It’s refreshing to see these issues being talked about openly in offices and to see more of us feeling confident to stand up for what is right – but there is still a lot more to be done.”

“HR and business leaders have the ability to help shift attitudes and create equal playing fields and safe spaces where concerns can be heard.”

“Companies need to empower their workers t come forward if they see something they don’t believe is right, and give them the confidence that any issues reported will be handled sensitively and treated seriously.”

Alison is the Digital Content Editor for WeAreTheCity. She has a BA Honours degree in Journalism and History from the University of Portsmouth. She has previously worked in the marketing sector and in a copywriting role. Alison’s other passions and hobbies include writing, blogging and travelling.
Previous PostSeven hand gestures guaranteed to get people to listen to youNext PostDomestic abuse: BAME women and migrants in the UK fall through the cracks