0
You have 0 items in your cart
Go To Shopping
Home > Featuring on WATC > Rising Stars 2015 – So what happened next for our winners? | Part Three

First, we speak with Polina Zabelina, BP who was one of our winners of Rising Stars in Technology, sponsored by Morgan Stanley.

Polina, please tell us what has happened in your career since winning the Rising Star awards back in September?

Since the Rising Star awards, I have been very busy as I was seconded to another BP Project which is a great opportunity for me to expand and enhance my experience. I didn’t expect such level of publicity: I have been featured in 3Q BP internal magazine and have been recognised by the Institute of Corrosion (I am member of the committee) during one of the evening meetings; PinkPetro published my story on their website and in the weekly newsletter too.

I was also shortlisted for an interview for IET YWE Award, but unfortunately didn’t get through to the finals.

I was also selected by BP to attend the Queen Elizabeth Prize Awards (amongst a couple of others) at the Royal Academy of Engineering and the reception in Buckingham Palace where Professor Robert Langer who won the prize gave an incredibly inspirational speech. It was such an amazing event! Next, we talk to Donna Evans of Barclays, one of our winners of our Rising Stars in the EA/PA category, which was sponsored by Barclays.

Donna, please tell us what has happened in your career since winning the Rising Star awards back in September?

Firstly, I would like to thank WeAreTheCity for organising such a powerful event. It was a great honour to be nominated and truly amazing to be in a room with so many inspirational women.

Since winning the award, Barclays has actively been involved in raising my profile and featured an announcement about Rising Stars on the internal Internet. As a direct result of winning the award, I was approached internally to do a Spotlight Speaker Session about my career to date, for other assistants across our branch network. This has led to us hoping to extend the Win London Assistants Forum, which I Co-Chair, to other regions globally, creating a strong, united platform for assistants across Barclays. Our Hong Kong office has already announced it will be launching its own Assistants Forum soon. Our UK Forum also successfully launched the first Barclays Assistants day in-line with the National Pay day, which was a great success and attended by assistants and senior managers alike.

I am really looking forward to 2016 as we have a number of exciting initiatives in the pipeline. Also very exciting is that I have been nominated by SecsintheCity for the Social PA award. I was delighted to be invited to the awards ceremony, held on 12th November at The Ivy. It was another wonderful event and I feel privileged to have been nominated.

So Donna, what top tips would you give to our other members to enhance their careers?

In terms of advice I could give, I have three tips to offer: Finally, we speak to Caroline Andrews from Giles Wilson who was one of our winners of the Rising Stars Law category sponsored by Reed Smith.

Caroline, what has happened since winning your Rising Star award in September?

Since September, Giles Wilson LLP has won additional prestigious national awards, including the Law Society Excellence Award for Learning and Development. This is due to the work of our fee earners in mentoring younger members of staff through their acquisition of skills in legal knowledge, case management and time management, which has been a great way of ‘giving forward’.  It was particularly gratifying to see the paralegal I have mentored be awarded a Training Contract at the firm.  One of the firm’s recent groundbreaking cases in fertility law, which our family law team worked tirelessly on, is now being used to help other Judges make decisions about fertility treatment and parenthood.

Verity, the charity I represent in my spare time, is now part of the international process to re-name the medical condition from PCOS (Polycystic Ovary Syndrome). This is a huge task and it is an honour to be involved.

I have received tremendous support from colleagues and the professional networks I attend – as well as widespread social media! It has enabled me to focus a little more on my career and what I wish to achieve moving forward.

WeAreTheCity would like to extend our sincere thanks to all of our Rising Stars for sharing their successes with us. We are sure you will agree they are all achieving amazing things and offering sound advice to future Rising Stars.

We look forward to featuring another three of our rising stars next week. Please note our Rising Stars programme for 2016 opens on February 1st. More details will be posted to the site during January – click here for more details and to register your interest in our awards 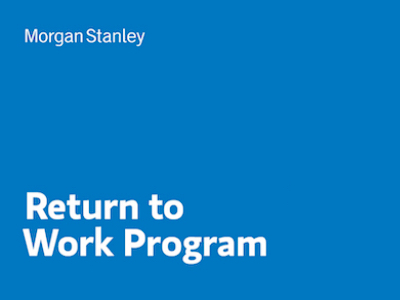 Are you looking to return to work? Applications for Morgan Stanley’s Return to Work program are now open 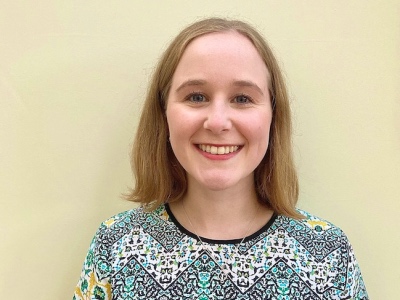