0
You have 0 items in your cart
Go To Shopping
Home > News > Current Affairs for Women > What Gap? Join women around the world this December and ask for a pay rise Join women around the world this December and ask for a pay rise from your employer.

On Tuesday 6th December, women across the globe will ask their employers for a pay rise in overwhelming numbers.

The What Gap? campaign are calling on women to ask for a pay rise, a promotion, a career development plan, a board appointment, a mentor, flexible working hours, or maternity leave policies.

What Gap? is a grassroots campaign and a day of action with the aim of enabling more women to feel confident about asking for what they need and deserve.

The gender pay gap and equality have been the focus of a number of campaigns, studies and news stories over the last few years. Although recent figures suggest that the UK gender pay gap has fallen to an all time low, standing at 9.6 per cent, more has to be done to stop gender inequality.

Bridging the pay gap could add as much as 150 billion pounds to the British economy by 2025, according to a McKinsey Global Institute study published in September, 2016.

You can get involved by asking for a pay rise on 6th December. What Gap? are encouraging you to take three simple steps: prepare, ask and share. You can share the results via social media using the #WhatGap, #JustAsk or #BeUndeniable or via an anonymous message shared through a live feed on the day.

You can also join the What Gap? Facebook event and share your stories here, and join the conversation on Twitter. What Gap? are also inviting you to share this amongst your friends, family and colleagues to raise awareness for the campaign.

When Google increased family leave from three months to five and made it fully paid, the company saw a 50 per cent drop in the number of moms who quit. Family friendly policies not only boost morale, productivity and loyalty, they also address the other factors that contribute to the pay gap – Washington Post

Below you will find a selection of WeAreTheCity’s resources on salaries and asking for a pay rise:

How to ask for a pay rise

Research shows that women are less confident than men when it comes to asking for a pay rise. There are lots of articles, and even books, that aim to build your confidence and give you tips on how to get that extra moula you so rightly deserve.

A guide to: negotiating your salary

Negotiating your salary early on in a new job can seem daunting. Asking for a better deal after someone has offered you a career – maybe even the career of your dreams – seems almost wrong. Because of this it is important to remember that salary negotiations are a very normal part of business. It’s nothing to feel nervous about.

Taking your first steps to negotiating a new salary

Recent headlines have focused on the differences between the salaries paid to men and women for similar work and the focus has been specifically on working mums.

In the last few years, more women are entering into successful, challenging, high-paying careers in the UK. Here are four of the top paying jobs for today’s career women.

How to be more confident at work

A top firm in the city reported that two thirds of the 3,000 professional and college – age women expressed a desire to become leaders, but only 40% of them were able to envision this. Sadly 60% said they lacked self-confidence.

Alison is the Digital Content Editor for WeAreTheCity. She has a BA Honours degree in Journalism and History from the University of Portsmouth. She has previously worked in the marketing sector and in a copywriting role. Alison’s other passions and hobbies include writing, blogging and travelling.
Previous PostJob of the week: Marketing and Communications Coordinator | LondonNext PostWomen’s Equality Party Conference: “One woman’s suffrage must not be built on the sufferance of another”

Top tips for negotiating your salary 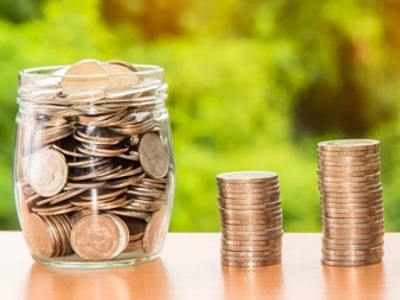 8 things NOT to say when asking for a pay rise