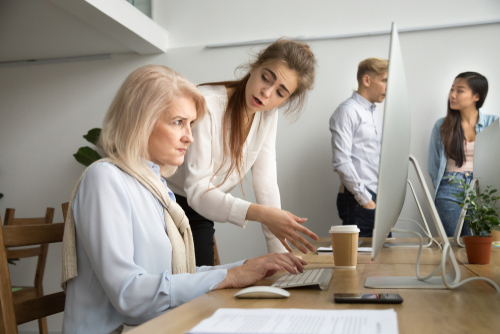 It is unlawful to discriminate against someone because of their age and in most cases, unlawful to require someone to retire.

Despite this, age discrimination is common in the workplace. Some reports suggest that up to one third of job applicants have been refused a job because of their age and a higher percentage still have been told that they are too young or too old for promotion.

As a society, we are working longer and retiring later so it’s an issue employers and employees alike need to be alive to.

What is age discrimination?

Is there any defence?

Treating someone less favourably because of their age can be justified but it would have to be shown that it was objectively reasonable in the circumstances. For example, pay and benefits increasing with length of service on the face of it negatively affects younger people, but may be justifiable and therefore lawful.

For businesses, there are obvious things to avoid, such as refusing a candidate a job because they appear to be too young or too old to do it. However, there are more subtle signals, with people stereotyping and making assumptions about people because of their age, or using ageist language to describe someone. Helpfully, in February 2019, ACAS published guidance on what constitutes age discrimination. The new advice includes guidance on recruitment, training, performance management and redundancy and other areas where age discrimination may be most likely to occur.

Key considerations for employers include:

The guide is also accompanied by a myth-busting advice, which includes:

These misconceptions are entirely contrary to evidence around productivity. It’s also true that age discrimination doesn’t just affect older workers. Anyone can be discriminated against because of their age, irrespective of whether they are in their 20s, 40s or 80s.

An 88-year-old secretary employed at an NHS hospital succeeded in her employment tribunal claims for age discrimination and unfair dismissal in early 2019. She was reportedly described by the surgeon with whom she worked as being “reliable and meticulous” and despite this, was blamed for alleged data input failures. The failure to provide adequate training and enable her the opportunity to improve her alleged performance inadequacies left her having been treated unlawfully.

In late 2018, a job applicant succeeded in a claim for age discrimination when he was reportedly asked about his health after the interviewer “noticed” his age (67 years old). Although one of the strongest candidates according to the scoring of the panel, the employment tribunal found that his age was a factor in the decision not to offer him the job.

Why is this important?

Compensation for age discrimination and harassment is uncapped, which means that there is technically no limit to the amount of money an employment tribunal can award in a successful claim. When up to a reported third of people in work are aged over 50, the message is clear: ageism has no place in the workplace and staff are entitled to be valued for their ability and contribution, irrespective of their age. 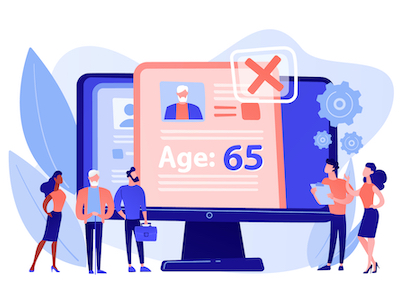 “Over Fifties”: Male Age Discrimination in the Workplace 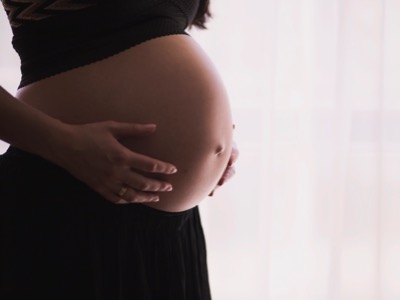