0
You have 0 items in your cart
Go To Shopping
Home > Culture > Film, TV & Music > WeAreTheCity speaks to the winner of ‘The Apprentice’, Alana Spencer, founder of ‘Ridiculously Rich By Alana’

Alana Spencer’s business journey began when she was just 17, selling cakes to her teachers in a little town outside Aberystwyth, Wales. Since then, Alana has gone on to tremendous success with Ridiculously Rich By Alana, her hand-crafted cake company.

The latest winner of BBC’s ‘The Apprentice’ spoke to WeAreTheCity about overcoming self-doubt, her hands-on approach to business and why she respects Alan Sugar even more since winning!

Ridiculously Rich By Alana began as just a hobby

Alana recalls beginning to bake out of boredom: “My parents moved to the middle of nowhere, so there was nothing to do. I really needed a hobby, so began making chocolates.” But it was money that drove Alana to build a brand. “I’d always be doing odd things to make extra money, be it car cleaning, starting my own card business. I began selling my cakes to the teachers, and then the local shops. It became a company really organically. In the end, I didn’t do very well on my A-Levels but at least my business thrived!”

Alana wasn’t prepared for how difficult ‘The Apprentice’ would be.

She describes the intensity of the process: “You’re working very long hours, sometimes starting filming at 3am, in a very intense environment, with lots of big personalities. The experience was really, really grueling.” But it wasn’t the tasks that Alana found challenging; “It’s the mind games that really got to me. Those first couple of weeks I found incredibly stressful. I wasn’t sleeping and the exhaustion was giving me stress, anxiety. It wasn’t until week three where I had a task in my wheelhouse, that I knew I’d done the right thing by applying.”

Despite trepidation,‘The Apprentice’ taught Alana to truly believe in herself

“It sounds so cringe, doesn’t it? But it’s true. I learnt to believe in myself, which really was the only barrier that was holding me back from succeeding. Before the show, I’d be asking twelve people for their opinions on decisions that I knew were right anyway.”

Alana remembers telling her friends and family that she could win after submitting her application. “That self-doubt crept in towards the beginning of the series and I lost that self-assurance. As soon as I walked in, my confidence was blown.“

“A girl from a small town with a cake company…doesn’t exactly scream businesswoman does it!?”

She still speaks to Alan Sugar every single day

But Alana was concerned she wouldn’t hear from him after her win. “We had a brief chat, and then he went to Florida. I remember thinking, ‘Oh great, he’s going to be unreachable’, but he literally replied to my emails within ten minutes.”

Sugar has proved invaluable to helping Alana succeed. “He’s been brilliant. We speak pretty much every day because we’ve officially launched. It was daunting at first because he’s a straight-talker, but he also gives credit where it’s due. I respect him so much for not flowering his words because it’s the best way to be in business. He’s helped to implement a plan for my business plan. You always need a plan for everything!”

Alana can still be found packing boxes in the factory

Every day is different for ‘The Apprentice’ winner, but Alana still get’s stuck in with the dirty work. “One day I’m at a glamorous photo-shoot, and then the next I’m back in the factory filling boxes for orders!”

Her hands-on approach to business has proven to be both her downfall and a positive in ensuring high standards. “I get very stuck in, which can be a good and bad thing.

“I have to make sure everything’s done to my standard…so I probably should let go a little of the control!”

The key to success is knowing your end goal

“My uncle, who owned a successful business, and Alan (Sugar), both gave me similar advice. You need to know what you’re achieving. You have to understand that end goal before you can do anything else. Once you establish the end goal, then you begin to work backwards to achieve it.”

Alana has big plans for her company…

‘Ridiculously Rich By Alana’ are recruiting an army of ambassadors across the country. “The idea behind the ambassadors is to expand the business, but still maintain the core values behind the product. It’s hand-made and unlike anything you could buy in a shop. So we’re recruiting ambassadors in different countries to go out, sell the products and receive kickbacks from every order they make.”

And there’s even more in the pipeline…“We’re releasing a subscription option so that loyal customers can try new products each month. I’m still trialing new products all the time to keep it fresh and different. But really, the end goal is to make ‘Ridiculously Rich By Alana’ a leading player in the luxury cake market. And we will get there! 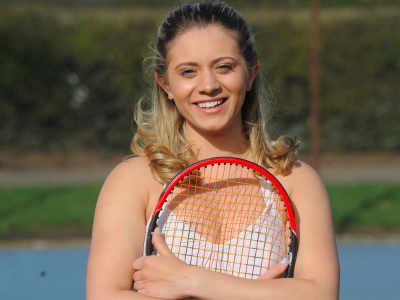 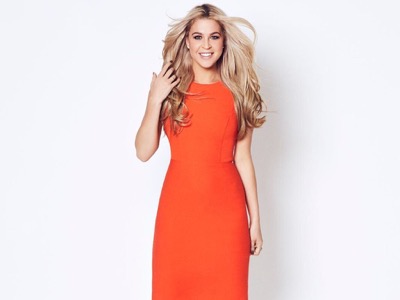