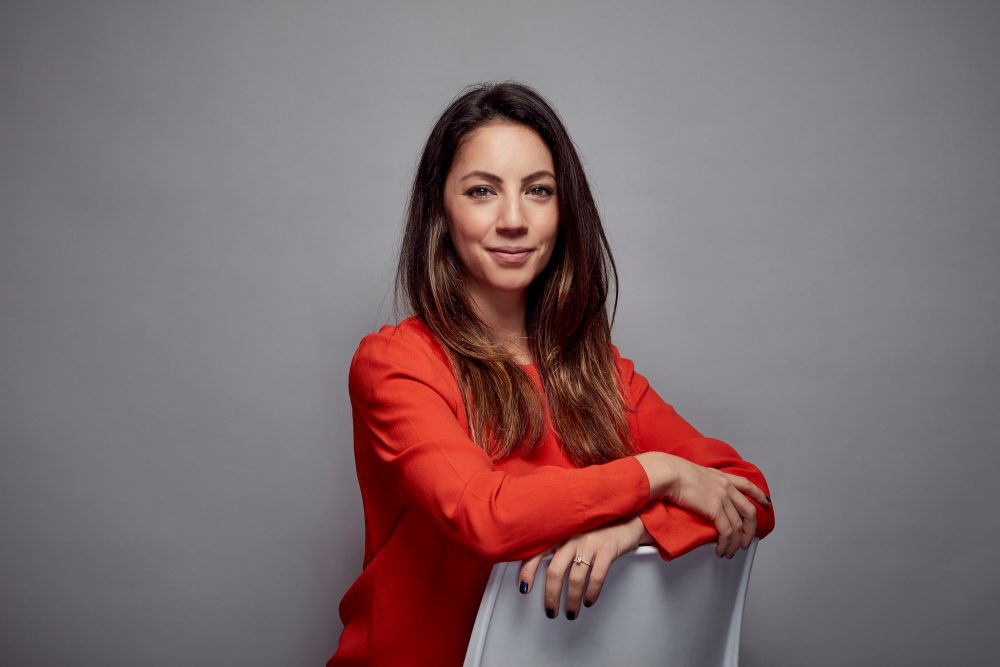 Jackie Fast is an award-winning entrepreneur, investor, prolific motivational speaker and best-selling author, who shot to fame after making it to week nine on hit BBC show, The Apprentice.

She launched her first business Slingshot Sponsorship in 2010, and after growing it to a global operation with offices worldwide, she recently sold it for millions. Fast embarked on a new business venture this year, disruptive ice wine brand, REBEL Pi – the only 100 per cent single vineyard Roussanne Ice Wine in the world.

She regularly runs motivational speaking sessions and business presentations for ambitious individuals and companies, and is a Non-Executive Board Director for The Money Platform and Chairman of the European Sponsorship Association Awards.

I am originally from Canada, but have been in London for the past 16 years – I love it. My first business was a global sponsorship agency, Slingshot Sponsorship, which I set up in my bedroom in 2010. It went on to secure high-profile clients including The Rolling Stones, Sir Richard Branson, Red Bull and more. Following my sale of the agency in 2016, I published a book on how to secure significant funding called PINPOINT, which went onto become an Amazon Bestseller. Following a ‘sabbatical year’ of which I went on The Apprentice, got married, and went to Burning Man – I launched the first British business to exclusively import Canadian Ice Wine called REBEL Pi. REBEL Pi is a high-end luxury wine – made using Roussane – that’s aimed at a discerning audience seeking an unforgettable wine experience.

Currently I am searching for my next big project but in the meantime, as well as an entrepreneur, I am also involved in a number of other businesses as an investor and Board Director.

Yes, all the time. I typically write down my five-year goals on pen and paper and constantly refer back to them. Like a business plan, I believe that it’s not necessarily about making sure you achieve those goals based within the timeframe, but instead being serious enough about the direction and a plan for your life. For example, my 30-year-old goals included being a millionaire and owning my own house – but those things didn’t happen until I sold my business which wasn’t until I was 32. On the same plan I never wrote “sell a business” or “publish a book” because I wouldn’t have thought that those would be possible, but they both happened!

Of course, but I tend to see challenges as benefits and part of my career progressions. One of the reasons I sold my last business was because I didn’t feel like I was being challenged enough on a day-to-day basis – I need the struggle to feel like I am truly achieving something great.

I am thrilled to be known as a disruptor. Being able to speak my mind, have an opinion (even if it’s controversial), and do things that most would see as a bad idea is liberating. It has allowed me unique opportunities including launching REBEL Pi Ice Wine, which everyone in the industry told me couldn’t be done and now it’s listed at Michelin Star restaurants including Rosewood Hotel, Pied a Terre, Hunan, 67 Pall Mall and Dinner by Heston Blumenthal, as well as being stocked in high end retailers. Being known a disruptor also has opened the door to fantastic opportunities such as being a Board Director The Money Platform – a peer-to-peer platform that aims to disrupt the banking industry by providing credit to millennials. It’s my role to gain scale through strategic marketing, which is exciting as they are so new to the market but have such significant potential. I believe everyone will know of (and use) The Money Platform in three years’ time!

Imposter Syndrome. Everyone sees this as a negative, but it’s been a driving force in my career.

I wish I would have had more business mentors earlier on in my career – I think it can be hugely valuable in helping you gain perspective and experience quickly. I am not in a mentorship programme as such, but am really active as a speaker with universities and co-working spaces such as Soho House, Soho Works, and The Collective.

More conversations – in the press, the media, but also in the office. I have never been afraid to ask for a pay rise or promotion, but more importantly I have never accepted taking less. One pivotal moment in my entire career was when I asked for a promotion (which I deserved) and was told I didn’t have enough experience – although they hired a man who was made redundant over 11 times instead. Because of that, I quit – and when I was out of a job, I came up with my first business Slingshot Sponsorship which became a multi-million dollar business in less than two years.

This would be to cultivate business relationships. I have always done this, but my younger self didn’t realise how valuable and important those relationships and networks are not only to your career, but also the enjoyment of your career! I recommend seizing the opportunities to attend industry events, strike up the courage to start a conversation with an expert or even between individuals at competing organisations – you never know what you can learn and how they can help you in your career later down the line.

The global expansion of REBEL Pi Ice Wine is next on my list, having done a number of events in New York and Mumbai – we are now in need of an importer. I’m also keen to get REBEL Pi Ice Wine into more households and more people buying direct from our website – especially in time for Christmas which is a key time for the brand.

I will also be looking to increase my speaking engagements on how brands can be more disruptive in their industry, to remain competitive – an aspect of business that’s becoming increasingly important in today’s challenging environment.