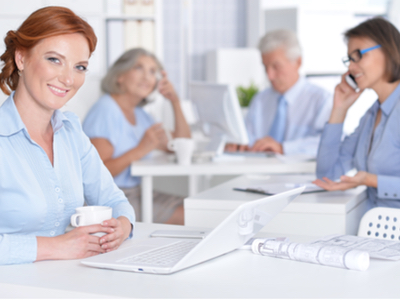 For years organisations have used ‘graduate recruitment’ as a method for recruiting hundreds of new starters willing and able to learn and take on the skills of a new occupation, but even the most sophisticated methods of graduate recruitment (an assessment centre) get this right about 36 per cent of the time.

This means over 60 per cent of the time, organisations are getting it wrong. Why? Most organisations recruit on the belief that they know who is best placed to work there. The reality is, it is the candidate who knows best – but they only find this out after a couple of years. The demands from education and work are different. Once we start work, we get a much better sense of what our values, strengths and skills are in relation to workplace.

In a survey done in 2014, it was found only half of graduates worked in their field of study and 96 per cent of graduates had changed careers by the time they were 24!

Is this surprising? Is it right that the main entry point for a profession be when we’ve only just finished studying? The question isn’t why don’t organisations wise up and offer career change programmes – the question is why haven’t they done it before now?

Braximata PLC is a giant in the financial services world employing over 100,000 employees across 40 countries. For years, it has relied upon graduate recruitment to meet the need of recruiting people willing and able to learn the skills required to help deliver their challenging and competing services to their multinational and corporate clients. In September 2018, they will be running their first ever career changership programme.

What is a career changership? Imagine the graduate recruitment programme but orientated towards those who wish to change career or start over completely. Like the graduate development programme, prior knowledge is not assumed. The programme will take the cohort through all they will need to know alongside developing their interpersonal skills and managing their expectations around the expected values and organisational culture.

The idea was instigated by the Head of the life sciences division, Neil Sandersby who himself changed from a career in medicine. Neil feels strongly many people have the capacity to change careers but that organisations (up until now) haven’t taken advantage of the fact that many people are drawn to the idea of changing their careers to learn something new. He commented:

“We aren’t born knowing what we want to do. At no point throughout our schooling or University careers are people taught how to choose jobs they may enjoy. It’s only when you start doing something that you get a real sense of what the work involves and whether or not it suits you”.

Inspired by the success of the ‘women returner’ programmes, Neil and colleagues in the recruitment department started to explore and test the idea of a career changership. Kirsty Jacobson is the Head of Diversity at Braximata and has been heavily involved in the development of the programme. Kirsty championed the idea of targeting the programme to people outside of the millennial age brackets – those aged 35 and over. Her main rationale was based on the fact most people are starting to look at completely different careers after a 15- 20 year period. ‘Made all the more feasible by our extended working lives, giving people the option to change completely once they are over 35 feels right’. She won’t hide there is a diversity agenda here too: ‘many women in their late 30’s and early 40’s are looking to get back into work after taking career breaks to raise children, but there is little to no opportunity to retrain for these talented ex professionals.

Whilst there is a diversity focus here, this isn’t just a female only issue. In a report by the London School of Business and Finance, 2015, 47 per cent of the UK workforce want to change career. If looking at London alone, this figure is 55 per cent and if you look at millenials (those aged between 18-34) this jumps again to a whopping 66 per cent! Looking at why people are most driven to change careers, the report cites the desire to improve salary prospects as being the main driver. At Braximata, even new trainees are offered salaries above the national average – and the long term prospects are outstanding, meaning the largest chunk of career dissatisfaction elsewhere could potentially be met by this programme.

People in their mid 30’s onwards are much more likely to have commitments – be it childcare or looking after elderly parents. A need to offer more work flexibility is another reason many people seek a career change.

At Braximata, the issue of work flexibility has been something they’ve been adapting to over the past 20 years, with more and more employees taking up part time and flexible working hours. On leaving the programme, the expectation is they will be able in most cases to go into roles where the prospect of working flexibly is real. The same number of hours are expected per week, but Kirsty says Braximata are increasingly getting better at not specifying when that needs to happen. Says Kirsty: “Each department runs this on a case by case basis but on the whole, we’ve become a lot more focused on what people deliver. Provided expectations are managed and people stick to what is agreed, then flexibility actually works both ways. Having someone who can’t be available for the school run, but who is working at 9.00 at night or on a Saturday morning actually works in our favour”.

In 2016, Lynda Gratton and Andrew Scott made the case for the ‘The 100 year life’ – even if you take their projected life expectancy figures with a pinch of salt, most will agree with the general consensus that life expectancy over time has risen and there is a need for everyone to work longer to fund longer periods of retirement. If faced with the real and likely prospect of retirement ages rising to 70, then it is even more likely people throughout the course of their working lives will not only want, but will need to change their careers. The rise of artificial intelligence and social robotics is already reshaping many professional roles – a reported 47 per cent of jobs (Osborne and Frey 2013), will be affected and this is likely to rise to over 60 per cent (McKinsey), when AI gets to the point of understanding complex language.

There simply isn’t the option to stay in one role forever and even if there was, the human drive to learn would offer too strong a pull.

In a meta analytic study by Ng and Feldman (2005) which examined over 140 peer reviewed journal articles examining factors affecting job satisfaction, the opportunity to learn and develop was one of the main reasons people enjoyed their work. Having a level of challenge which is manageable is incredibly motivating.

A career changership starts to take off some of the pressure from ‘finding our true calling’ as soon as we leave education – which has always been an unrealistic target. One of the joys of an extended working life is the real and motivating opportunity to satisfy our desire to learn by doing different things. You’ll get no points for spotting that Braximata is not a real organisation – but the opportunity to do the programme inspired by this article is real. Your thoughts and insights about what organisations are doing to encourage career changers is encouraged and welcomed.

Lucy Standing is the Founder of ViewVo.