0
You have 0 items in your cart
Go To Shopping
Home > News > Current Affairs for Women > EasyJet’s male staff are paid 45.5 per cent more than female colleagues 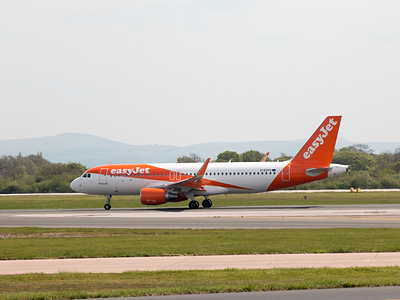 EasyJet has revealed that their male staff are paid 45.5 per cent more than their female colleagues.

It also revealed its mean and median bonus pay gaps, which stand at 43.8 per cent and 32.2 per cent respectively.

The airline has blamed its gender pay gap on the disparity between male pilots and female pilots.

The company have said, “EasyJet’s gender pay gap is strongly influenced by the salaries and gender make-up of its pilot community, which make up over a quarter of its UK employees.”

“Pilots are predominantly male and their higher salaries, relative to other employees, significantly increases the average male pay at EasyJet.”

The airline is taking steps to improve the lack of female pilots and its gender pay gap.

EasyJet has said that it has selected 49 female, new entrant co-pilots in the past 12 months – an increase of 48 per cent compared to the previous year.

In 2016, it also created The Amy Johnson initiative, named after Johnson being the first female pilot to fly solo from Britain to Australia.

It was reported at the time that EasyJet had seen a surge in female applications, and the company had set a target for 2020 of recruiting 50 female pilots a year.

EasyJet recently came under fire after it was revealed that it was paying its new chief executive, Johan Lundgren, more than Dame Carolyn McCall, his female predecessor.

Lundgren, 51, who has never run a major company before, will earn £740,000, with the possibility of earning an extra £1.5 million in bonuses and another £1.9 million in long-term share rewards.

Alison is the Digital Content Editor for WeAreTheCity. She has a BA Honours degree in Journalism and History from the University of Portsmouth. She has previously worked in the marketing sector and in a copywriting role. Alison’s other passions and hobbies include writing, blogging and travelling.
Previous PostHow to positively interact with colleaguesNext PostAngela Lansbury: ‘Attractive women must accept blame for sexual harassment’