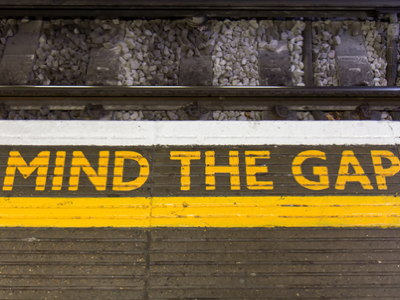 The Department for Education (DfE) has become the first government department to publish its gender pay gap and bonus pay gap data.

The department has reported a mean pay gap of 5.3 per cent and a median pay gap of 5.9 per cent. This is compared to the UK’s national gender pay gap of 18.1 per cent, which is lowest since records began in 1997.

The Department of Education has introduced a range of initiatives to support women in the workplace including supporting those returning to work; helping women progress their careers; providing networks; monitoring pay; improving the recruitment process; and focusing on gender equality.

The Dfe claim that these initiatives have helped to create a culture that supports women in the workplace and have been supported by strong leadership across the organisation, helping to close the gender pay gap.

The DfE hopes to set an example to other employers on promoting gender equality in the workplace. All government departments and large private companies will publish pay gap data by April 2018.

Justine Greening, Secretary of State for Education and Minister for Women and Equalities, said, “I’m proud that the Department for Education has taken an important step in reporting its gender pay gap, setting an example to other employers as we build a stronger economy where success is defined by talent, not gender or circumstance.”

“The UK’s gender pay gap is at a record low, but we are committed to closing it.”

“As one of the UK’s largest employers, the public sector has a vital role to play in leading the way to tackle the gender pay gap which is why the DfE’s step to publish our gender pay gap matters.”

“Through transparency we can find out what the situation is, where there is best practice and create pressure for more progress.”

In April, the UK became one of the first countries in the world to require mandatory gender pay gap reporting, a key part of the government’s work to eliminate the gender pay gap. Private, public and voluntary sector employers with 250 or more employees will be required to publish their gender pay gap and bonus pay gap by April 2018.

The gender pay gap mandatory reporting requirements are part of wider work the government is doing to support women in the workplace. This includes £5 million to support returners, offering 30 hours of free childcare, and introducing shared parental leave and new rights to request flexible working.

There is also extensive cross-government work to get more women into the top jobs at the UK’s biggest companies and to get more girls taking STEM subjects at school.

Alison is the Digital Content Editor for WeAreTheCity. She has a BA Honours degree in Journalism and History from the University of Portsmouth. She has previously worked in the marketing sector and in a copywriting role. Alison’s other passions and hobbies include writing, blogging and travelling.
Previous PostOregon becomes the latest state to legalise equal payNext PostGasparilla Island | Discover Florida’s charming secret