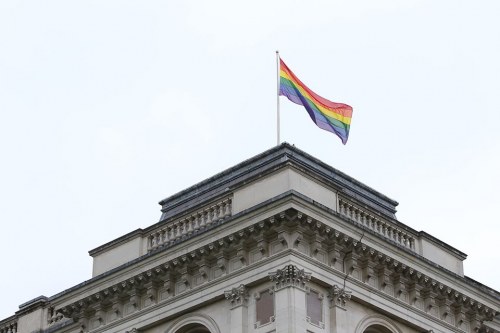 The Foreign and Commonwealth Office has published a new booklet on their historic ban on homosexuality.

The new booklet provides an insight into one of the most controversial parts of the department’s history – the ban on diplomats being homosexual, which was only lifted in 1991.

The booklet reveals the human cost of the ban, detailing specific cases about those who were both personally and professionally affected. The book is based on recently discovered archive files and includes various historical definition of “acceptable and “unacceptable” homosexuality circulating among British diplomats.

It also looks at the pressure from campaign groups and the press to alter the policy and the lengths to which officials went to identify and remove anyone suspected of defying the ban.

The foreword is composed by Sir Stephan Wall, a former British Ambassador who concealed his homosexuality for his entire diplomatic career; while John Kittmer, an openly gay diplomat and former British ambassador to Greece, writes the afterword.

The FCO hope that the booklet will demonstrate how times have changed. Today, the Foreign Office takes a prominent role in promoting equality for lesbian, gay, bisexual and transgender people around the world.

Since 2014, British embassies and consulates have held marriages for over 400 British same sex couples in countries where such marriages are not recognised.

The Foreign Office also takes part in Pride celebrations around the world and there is a very active staff association, FLAGG. Currently, the FCO has openly gay ambassadors in countries including Ukraine, Israel and Thailand.

By highlighting these contrasting times, the FCO hopes to use its own experience to show how attitudes can change and use this to support the work of British diplomats around the world to promote tolerance and end discrimination.

James Southern, FCO Historians who wrote the publication said, “If we are to make today’s FCO a tolerant and open institution, then it is vital we understand its past.”

“I hope this publication and event go some way to help all of us realise that we have a shared history and a shared responsibility to shape the present.”

Simon McDonald, Head of the British Diplomatic Service continued saying, “I am proud to lead an organisation with a diverse workforce which stands up for people persecuted around the world because of their sexuality.”

“But it’s important we don’t hide the past and are honest about our mistakes.”

“We changed our attitude to homosexuality, and now set an example for others.”

Concluding, Lucy Monaghan, FLAGG said, “This report shines a light on the history of the sexuality bar in the FCO and the significant struggles many LGBT officers experienced.”

“We hope it will enable the FCO to learn from its history and continue to stand up for LGBT rights within the FCO and across the world.”

Alison is the Digital Content Editor for WeAreTheCity. She has a BA Honours degree in Journalism and History from the University of Portsmouth. She has previously worked in the marketing sector and in a copywriting role. Alison’s other passions and hobbies include writing, blogging and travelling.
Previous PostStonewall announces its Top Global Employers for 2017Next PostPETA accused of sexism after latest marketing campaign at Wimbledon