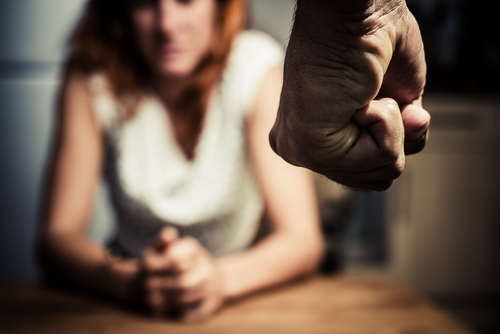 The government has announced that it is making it easier for domestic abuse survivors to register to vote anonymously.

Ministers have confirmed that they will press ahead with plans to make it easier for survivors to be given a voice to vote.

Under existing legislation, domestic abuse survivors must provide a court order or have their application supported by a senior independent witness, such as a police superintendent, in order to appear anonymously on the electoral register.

These strict requirements have deterred many from registering at all – prompting a campaign by charities and survivors to make it more accessible.

The government’s changes will increase the number of people who can act as witnesses, including medical and healthcare professionals and refuge workers, and expand the type of evidence which can be put forward.

To complement the legislative changes, the Cabinet Office will launch further research to identify and explain other barriers to electoral registration faced by survivors of domestic abuse. This research will be critical in shaping new policies, projects and future engagement.

It forms part of ongoing work across government to tackle domestic violence and abuse and violence against women and girls.

Chris Skidmore, Minister for the Constitution said, “Ensuring every eligible person is able to vote is a matter of social justice.”

“Every voice matters and this government will continue to encourage our record levels of democratic participation by ensuring we have a democracy that works for everyone.”

“For too long these women have been silenced because it was too dangerous for them to sign up to an electoral register, which would reveal their location, and too difficult for them to register anonymously.”

Sarah Newton, Minister for Crime, Safeguarding and Vulnerability said, “Domestic abuse has a devastating and often lifelong impact on victims, their children, family and friends.”

“These changes come at a time when the government is brining forward a landmark Domestic Violence and Abuse Bill which will protect and support victims, recognise the devastating impact domestic abuse can have one young people, and ensure agencies respond effectively.”

Alison is the Digital Content Editor for WeAreTheCity. She has a BA Honours degree in Journalism and History from the University of Portsmouth. She has previously worked in the marketing sector and in a copywriting role. Alison’s other passions and hobbies include writing, blogging and travelling.
Previous PostJohn Lewis introduce ‘gender neutral’ clothes for childrenNext PostIn Her Shoes: Marika | Sales, Bloomberg