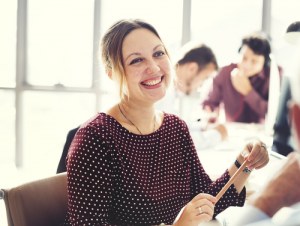 The average person supposedly spends well over 90,000 hours working over the course of a lifetime. The good news is that sickness rates are falling in the UK – a study last year showed the average sick days had fallen to 4.3 days per worker per year, a big difference from the 7.2 it was in the nineties.

Unfortunately, however much we may want to be at the top of our game, our bodies don’t always play ball. It’s not helpful for directors to hear of your health complaint with the response “well, I’ve never had a day off sick in my life” – good for you, but when I’m coughing up blood into my morning brew, I’d rather not be sneered at for visiting the GP.

I’ve suffered with coeliac disease since I was a child, but was only diagnosed aged 21. This meant that I was particularly poorly through the first five years of my working life. I tried to work through vomiting, pain and joint ache, fatigue and nausea as much as I could, but I was still called a “liability” (to my face!) by an HR representative.

Since diagnosis, I’ve been under constant investigations for various coeliac complications – bouts of anaemia, osteopenia, loss of feeling in my limbs and an infuriatingly obstinate stomach hernia. Worst of all in a work sense is the dreaded “brain fog”, familiar to many people with autoimmune diseases – forgetting names, losing track of what I’m saying mid-sentence, or blanking out on how to do simple tasks. Working in a creative role means I need to stay sharp. My quest for good health is on-going, but the more I learn to manage the symptoms, the better I feel. Here’s what I’ve found:

I fully believe that some of my worst health episodes came from being too worried about work to look after myself. It’s great to care about what you do, but you will never perform at your very best if you’ve run yourself into the ground or disregarded your body’s warnings.

I once ignored a health issue at a previous company, thinking I could work through it and that it would go away on its own – I ended up bed-bound for nearly a fortnight. If I’d paid attention to the symptoms earlier and worried more about those, rather than what my employers would think if I had a sick day, I could have seen the doctor and got it sorted. I might have needed a a couple of day’s rest, but the business wouldn’t have lost out on all those hours of work. Nothing is worth losing your health over, and any employer that thinks otherwise isn’t worth working for.

Or at least be honest enough. I’m by no means suggesting that you constantly ring your line manager with a detailed update of your dodgy bowel movements, but don’t be embarrassed to say that you’re struggling or might need some flexibility. Telling my boss that I’d started some new medications that made me incredibly sleepy and dopey for a couple of weeks meant that he could keep an eye on me and make sure nothing slipped. Being honest about the number of hospital appointments you’re due to have means they can be taken into account when planning company resources, and the more notice you give, the easier this is. Your employer and colleagues can’t be supportive if they don’t know what you’re going through, and you won’t be stressing over whether they think you’re skiving to binge-watch Netflix.

Let your colleagues help you

I’d be willing to bet that if I was going to miss a deadline due to sickness (which hasn’t ever happened!) my colleagues at Galibier would rather know that I was struggling so they could support me to get it done in time, rather than missing an opportunity.

My colleagues help me in all sorts of ways that they probably don’t even realise – if we’re going out for a team lunch, the first thing they do is check whether a place can cater for me. This removes all the stress that comes with workplace events – I don’t have to panic about being the awkward one at the table. I’ve lost count of the times they’ve brought back gluten-free treats from holidays, no matter how difficult to decipher the foreign ingredients lists are.

If your organisation is proving difficult to convince, make sure you’re armed with the facts. Employees with chronic health conditions or disabilities, either mental or physical, are legally entitled to ask their employers for support in the form of reasonable adjustments. Examples could be: giving a diabetic person more frequent breaks to manage the condition properly, providing a headset to an employee who struggles to physically pick up the phone, or even just providing more supervision and support for someone returning to work after a sickness. Don’t be afraid to ask outright for what you’re entitled to.

I used to spend a lot of time feeling guilty for having sick days or hospital appointments, or worrying about what my colleagues would think. Once you get on this negative rollercoaster it’s incredibly hard to stop. I’m lucky that I work for an agency that cares about its employees, and is incredibly supportive when it comes to health.

Not only do I feel in control of my own body – at least most of the time – I’m also in charge of my own career. 2017 was the first year in my whole life that I haven’t had at least one sick day. I may have left early for a few hospital appointments, but I’m walking proof that putting your health first isn’t just good for you – it’s good for business. 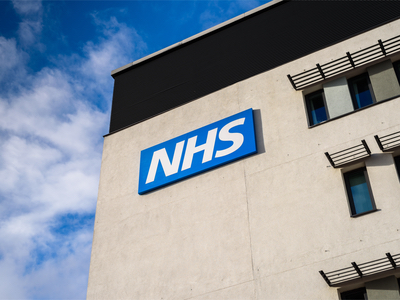 NHS patients will be asked sexual orientation under new guidelines 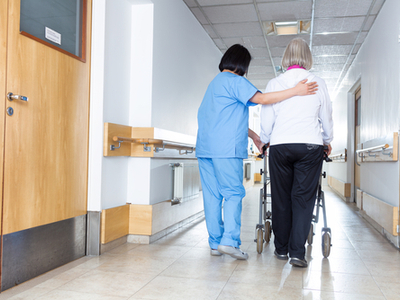