After running a highly successful high fashion manufacturing business and then establishing a care business in the service sector, Baroness Verma’s journey into politics is not your typical “Old Boys Network” story, in fact nothing about Baroness Verma is typical. She is currently the Parliamentary Under-Secretary for the Department of Energy and Climate Change and is an advocate for international gender equality and education reform. She shared her journey with me and explained why her future lies in sharing her vision of equality and opportunity for all.

One thing that struck me about Baroness Verma was her instant warmth, it felt as if we had known each other for a while or at least met and yet with so much happening in her life I would have forgiven her for being quite distant. That couldn’t have been further from the truth, we might as well have been having an informal afternoon tea in Westminster as opposed to a motivational interview on her career. I asked her how she managed to stay so focussed in 2 sectors that have traditionally been so unfriendly towards women, politics and business, whilst managing to remain so grounded.

“When you’ve grown up in a culture where you’re constantly reminded that you’re a girl so you can’t do lots of things you then end up thinking well that’s fine but why can’t you? Yet at the same time you live in an environment where you can see that you actually can then it’s very difficult to reconcile a notion of NOT at least trying to have a go.”

The people who stand out are the people who are willing to lose everything in at least trying to succeed at something. Passion is a great driver but it can’t be a driver if you can’t believe that you can do it and if you can’t commit to doing it!

Having a very traditional conservative father actually helped rather than hindered her journey. His influence seemed to develop an innate quality for her to challenge any obstacles that lay in front of her. So when he stopped her from going to university in order for her to get married at the tender age of 18, he only fuelled her determination to be successful. “It was a very different time back then, one had to fall in line with what the family wanted, and there were very few options. But I have always had an invisible warrior inside of me that has motivated me to be better than any person who told me that I couldn’t do something. So one of the things I decided that I could do was to set up a business, like my father but be in competition with him and be better at it than him.” Her father wasn’t unhappy about Baroness Verma’s business success, but he was certainly surprised and her journey has certainly surprised many more along the way.

Baroness Verma grew up in Britain at a time when black and ethnic minority groups were constantly fighting against prejudices. “You were constantly battling external forces, asking yourself ‘Why am I not included?’ and so that also fuelled my appetite for politics, by questioning the environment that I was growing up in.” Her father may have been a conservative man but he instilled one value that she has never forgotten, “ He always reminded me that ‘You must never think of yourself as less than any other person, just because you’re not white, it shouldn’t stop you from reaching whatever it is that you want in your life’”.

Social politics was something that Baroness Verma had been involved with for a long time, tackling issues of domestic violence and facilities for children, however she soon realised that her influence as a business woman was limited. She decided to go into politics because she knew that it was in politics where she would make a real difference to society. “If you’re going to drive change you need to be in the seat that actually drives the change. However much wealth you generate, no matter how much power you yield within a sector the actual drivers are not there. So rather than have people drive change for me, I would rather drive it myself! At least then I know that changes are happening for the right reasons.”

Baroness Verma launched POWERful Women (PfW) in June 2014 with other influential changemakers, an initiative to showcase female leadership potential in the UK’s energy sector. Some of PfW’s goals included ‘30% of executive energy company board members to be female by 2030’ and ‘40% of energy company middle management to be female by 2030’. These are ambitious goals for an initiative so new but there has already been a good response, with attitudes to PfW’s purpose being positive and welcoming. “There has been no resistance from the sector, to the acceptance that actually there is an issue of poor representation of diversity at the top”. This surprised me but Baroness Verma made it clear that “nobody really presented it as an issue before, at the top table, when you all look the same and you all sound the same then you think that’s just how it must be. It wasn’t out of malice but probably not actually recognising there was a problem ”.

It was a very different time back then, one had to fall in line with what the family wanted, and there were very few options. But I have always had an invisible warrior inside of me that has motivated me to be better than any person who told me that I couldn’t do something.

POWERful Women aims to reconcile the disparity from the top by working from the middle management upwards. It’s still taking a long time for women to gain equal representation on boards and in leadership positions but Baroness Verma feels that it’s down to the search & recruitment firms doing the finding of candidates. “They cater for what they think the organisations are looking for. I ask recruiters to draw from longer lists, not just those that they are familiar with and then look at how we can support those with the POTENTIAL to be executive leaders.” From my own experience and those of women from the We Are The City network, it would appear that large numbers of women often lack confidence applying for senior executive/board positions in the first place. Baroness Verma counteracts this, “There are two problems, the specifications that search companies put out are tailored to a particular type of candidate so there is very little room to demonstrate the strengths women may have. I also think that women believe that they have to fulfil the specifications to perfection. There is a confidence factor where we underplay our strengths.” Mentoring has a key role to play here and Baroness Verma highlighted that mentees should also become mentors and maintain a constant flow and foundation for success.

“We’re all leaders in our own ways. My 2 best friends have always been Commitment and Confidence, if you don’t find them within yourself you will fail and not go the distance. You need to believe in yourself and you need to stay committed to the longhaul and by God is it a longhaul!” Her confidence is clear and her commitment to change is evident but it has also been her willingness to take risks that have been truly inspirational. “The people who stand out are the people who are willing to lose everything in at least trying to succeed at something. Passion is a great driver but it can’t be a driver if you can’t believe that you can do it and if you can’t commit to doing it!”

It was difficult for Baroness Verma to pick her biggest challenge but the fact that she still has to fight for gender and racial equality is something that still spurs her forward. “The fact that the colour of your skin, may be the biggest barrier to us getting to the top of something! Why is that? Why do I have to believe that I have to be 100% better than someone else? Why is it that even today I have to justify my presence and my loyalty? It’s a privilege to serve my country but these things will continue to exist unless we ALL recognise that these barriers still exist.”

The one thing I admired most about Baroness Verma was her honesty; she was open about one of her greatest personal achievements, maintaining a very happy marriage for 37 years. “My husband has supported everything that I have done for all these years”. That was such a human moment, a touch of grace that allowed me to see the real Baroness Verma. Even if she was not in politics or enterprise, she would always be striving to give a voice to the voiceless, she would always seek to help those who need to be given a platform. “Lots of people have inspired me, every single day there is somebody that makes me think WOW! Malala Yousafzai is one such person.”

What does the future hold for Baroness Verma? She won’t be slowed down by anyone or anything, in fact she wants to take people with on her journey. “I hope that I’m given enough strength and good health that I can keep battling on and collecting people along the way who will share with me the passion that as humans, we should pull everyone up along with us. I have great friends who share the vision that we shouldn’t have to be apologetic for who we are. I don’t know what the future holds for me, however I do know that I’m going to keep working in shaping the future.”

An inspirational woman that supersedes political rhetoric, Baroness Verma has established her place in British politics and commerce and long may it continue. 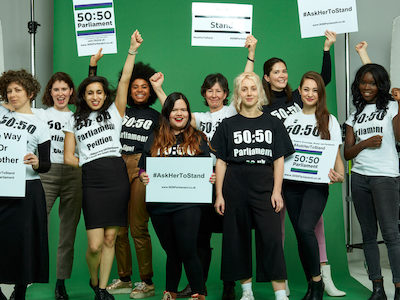 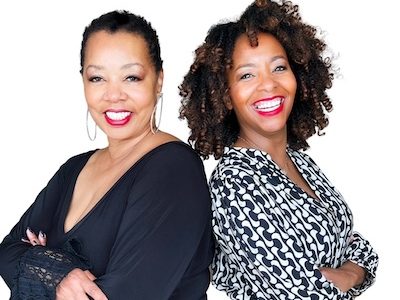