Renowned for its community approach to shared working space with ping pong tables in offices and bars in communal areas, WeWork has transformed the way London approaches work and it’s office spaces have rapidly become hubs for creativity and innovation.

WeWork offers services to over 210,000 members in 72 cities around the world and provides London entrepreneurs and small-medium businesses with beautiful, amenities-filled, amazingly designed workspace, as well as personalised support, business services, benefits, infrastructure, and the flexibility they need to succeed.

At the forefront of the flexible workspace revolution, Leni is passionate about creating a hub that empowers anyone with an idea to take the entrepreneurial leap and breaking down the boundaries between work and play to enable businesses to thrive.

With WeWork’s rapid expansion, Leni is focused on driving the growth and development of the business while providing members with a meaningful experience by being part of the WeWork community.

Before moving to London to run WeWork’s community team in 2015, Leni headed up the community teams across NYC and was responsible for supporting the company’s rapid growth in the US. In her new role as General Manager of WeWork UK & Ireland, Leni continues to manage the company’s large community teams, whilst also overseeing WeWork’s growth and expansion in these regions.

Leni has always worked to support her community, and volunteering has been an important part of her life, whether serving as a peer advisor at Boston University or as a ClimbCorps Member of the Brigham and Women’s Hospital. Leni is a graduate of Boston University and joined WeWork in NYC in 2013.

My name is Leni Zneimer, and I’m the General Manager for WeWork in the UK and Ireland. I’m originally from the U.S. and came to London by way of Boston and New York City; I’ve been living here the past two and a half years.

I originally set out to pursue a career in psychology. I really wanted to help people live their best lives. I was pretty sure at the beginning that I wanted to be a clinical psychologist, but through a couple of turns I found my way to working for the health system in Boston after University. I soon decided that this path wasn’t for me, though, and I moved to New York, where I landed a job at WeWork. I originally worked on our Community team. Community Managers are the people on the front lines in our locations, working to help businesses thrive and bring people together.

Since I was raised in a tight-knit community in Colorado, I really loved the company’s ethos and the day-to-day work as well. In some ways, I had gone into psychology without realising it! The job had a big focus on people and the human side of a business’s journey. Over the years, I’ve worked in various positions in the company and taken on management roles. I came to the UK to set up the infrastructure and foundations for the business here as we prepared to grow, and I stepped up to take the GM role in autumn of last year. Now my key responsibilities are to oversee the UK, and Ireland territories, and the growth and development of our teams here.

I thought I had in that I was pursuing psychology, and initially thought of WeWork as a detour. But now, I have a very open mindset. I think in this day and age, we’re in a work environment that is constantly changing, and you have to stay open to the opportunities that are presented to you. At the moment, I don’t have a plan and feel very content with that. When I first came to London, I thought I was here for two months, but moving here opened my eyes to new opportunities: a company in hyper-growth, new places, new learnings, and I realised that too much planning can lead to restricting yourself from new ways to grow and learn.

Of course when you’re scaling a business quickly and moving to a new country, far from friends and family, there are challenges. But I really cared about what we had created with WeWork in New York, and wanted to make sure I could translate and create something as valuable to our members in the UK. So I faced every challenge by listening to our local teams and members, while also keeping true to the WeWork mission I knew and loved — I learned to be flexible and really think about what has to stay the same, as well as what can change to suit a new market, and how best to do that.

How do you think the WeWork movement impacts working women?

I think all entrepreneurs and business leaders, but certainly women helming female-founded or -lead businesses, need to have a community and support system. That’s what WeWork is all about: connecting people and providing community. There are several female founders groups, both on our online app and that meet in our spaces around the world. Providing that platform for connection is so important.

I would encourage more women to follow nontraditional paths, and see more female founders and women in the tech sector. Of course, that’s a hot topic right now and we all know there are many cultural and policy changes that could help make that easier, but we at WeWork are committed to this. That’s why we acquired the Flatiron School, a coding academy for adults that is committed to male/female parity in its students, which we’re bringing to London this summer.

I honestly think it’s building the team that makes up WeWork’s London market. We went from four buildings and twelve team members to twenty-five locations, and over 100 team members. Each location is a multi-million dollar business on its own, and many women are running these communities. It’s a huge opportunity and responsibility and I’m so proud of the team. They can do everything from throwing a member a party when they reach a major funding milestone to running a complex P&L.

The next challenge is scaling the infrastructure and culture we’ve built. I’m thinking a lot about new markets like Manchester and Dublin. The goal is to build the next generation of strong leaders who can help our members in their leadership journeys as well. 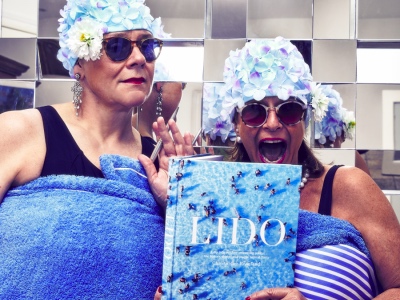