0
You have 0 items in your cart
Go To Shopping
Home > Awards > Awards News > Rising Stars: What happened next for Janice St. John-Matthews 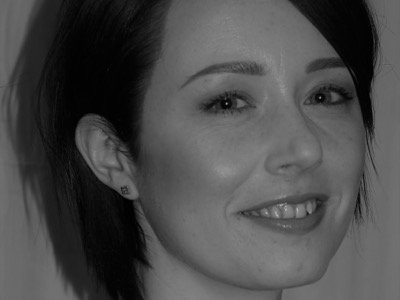 We spoke with Janice St. John-Matthews, who won a 2017 Rising Star Award in Education & Academia.

#hellomynameis Janice St. John-Matthews.  I work full time in higher education and I have a passion for ensuring education opportunities for all irrespective of background. I grew up in rural Ireland and have lived in Wales for 20 years having originally trained as a diagnostic radiographer. I am part of a group of radiographers working towards a national target that will see 1% of the profession holding or working towards a doctorate by 2021. These two worlds have an extra dimension as am a Mum to a spritely six year old and I have dyslexia.

I found out the news via email in Paddington station.  I had just arrived from South Wales and the tube was closed due to a fire and the station was chaos.  I decided to sit down to contemplate my next steps as I am not familiar with London geography and I took the opportunity to check my emails and there it was.  News that I had been awarded a Rising Star. I wanted to scream with excitement but decided it was not the best course of action given where I was! My award now sits proudly in my office.

My employer, the University of the West of England, Bristol were fantastic in celebrating the achievement. They ran the news as an internal and external communication.  I remember being in a meeting and a member of the senior faculty team popping in saying congratulations and then popping out.  The College of Radiographer’s also included the news on their webpage and their monthly publication “Synergy News” which is distributed to 90 per cent of the profession.

Five months after the announcement I started a new role (for myself and the department) as Academic Director in the Department of Allied Health Professions.  The role is strategic in nature and has an emphasis on student journey involving oversight of eight health professions and fifteen programmes. Most importantly I am involved in ensuring the student remains at the center of everything we do in the department and the wider faculty.

I have had to take a pause from my part-time Doctorate studies earlier this year. This was difficult but the time away has reminded me of the need to be a “real model” to colleagues and students rather than a perfect “role model”. I restart in December 2018 so watch this space. Earlier in the year, sponsored by my employer, I had the opportunity to present some early doctorate work at an International Medical Education conference in Abu Dhabi. This was my first ever International conference and I hope there are many more to come.

Enjoy every minute and network.  I have met a number of people outside my industry who I would not normally have met and this has broadened my thinking. I was really nervous about the short listed event but everyone was friendly and welcoming. Engage your employer early on (and in this case the professional body) to highlight and celebrate your achievement.

I am a firm believer of “we rise by lifting others” (Robert Ingersoll). Someone took the time to nominate me for this award. I have returned this by nominating three people for the 2018 Rising Star Awards and was delighted when one of those individuals won in their category.  I also believe that as we move further in our career paths we owe it to the next generation to enable them to achieve their full potential. So I am already thinking about my 2019 Rising Star nominations- I hope you are as well.

Alison is the Digital Content Editor for WeAreTheCity. She has a BA Honours degree in Journalism and History from the University of Portsmouth. She has previously worked in the marketing sector and in a copywriting role. Alison’s other passions and hobbies include writing, blogging and travelling.
Previous PostHow to act like a badass entrepreneurNext PostCreating the career that’s just right for you