0
You have 0 items in your cart
Go To Shopping
Home > Resources > Gender Reports > Strategies for Success: Women’s Experience of Selection & Election in UK Parliament | Fawcett Society 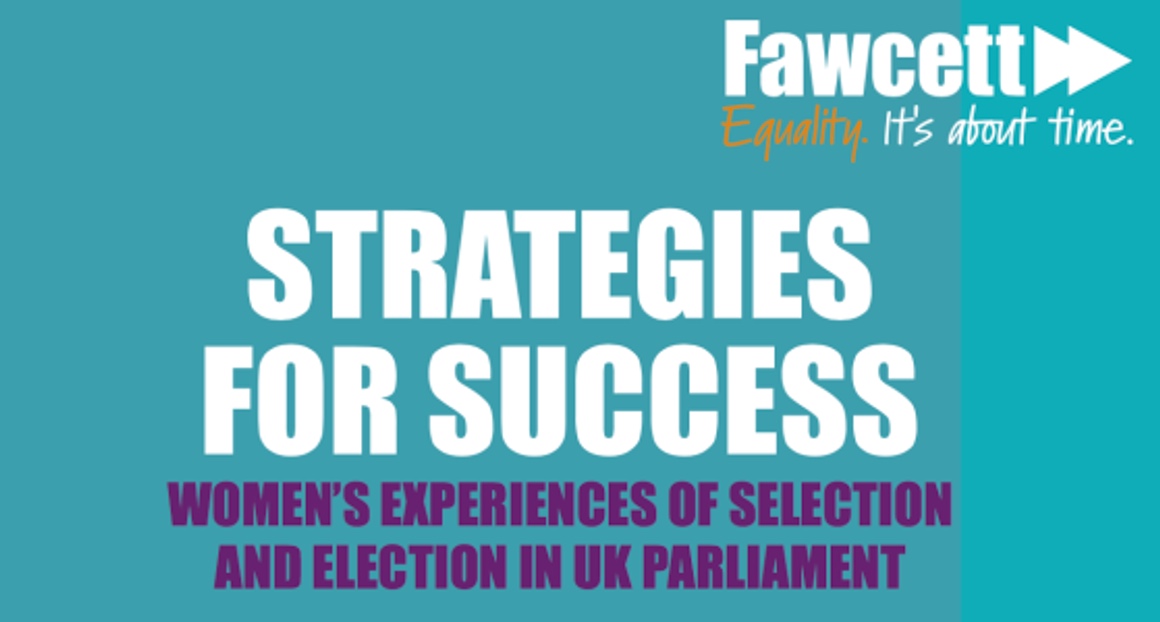 In the month of the 100-year anniversary of women winning the right to stand as MPs, the most comprehensive study of its kind, published today by the Fawcett Society finds that women face obstacles at every stage on the way to Parliament, particularly from ‘gatekeepers’ within the political parties.

The report, Strategies for Success: women’s experiences of selection and election in UK Parliament, concludes that women still experience multiple barriers to being selected as candidates simply because they are women.

However, a more positive finding is that asking women to stand does make a significant difference. Women MPs are more likely than men to say that they decided to try to become an MP because someone asked them to. This was true of 75 per cent of women MPs but only 54 per cent of male MPs. The research also uncovered gender differences when it comes to planning to run. Male MPs were twice as likely as women to have decided to run over six months before they were selected for their seat (40 per cent compared to 18 per cent for women) indicating that they are planning their political careers long before women are. Women are also less likely than men to perceive themselves as potential MPs.

The research is launched amidst heightened attention to a culture of sexism within Parliament, in light of Dame Laura Cox’s report on bullying and harassment, and now turns the spotlight on to the political parties and the route to election.