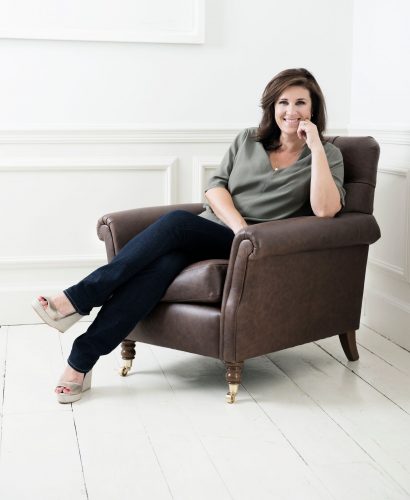 I was sitting at the dinner table one evening in May.

It had been a normal busy day in my office and I was looking forward to some light hearted chat with the kids. My telephone pinged to tell me there was a text. It was a particularly insistent ping, so rather unusually, I looked at it, even though I was at the table. The text was from two political friends and it said “Alison, you must stand as Conservative candidate for London Mayor”.

I can honestly say that up to that moment, the thought had never ever occurred to me. Yes, I have had a lifelong interest in and involvement with, politics. Yes, I have always supported the advancement of women and yes, I am a diehard Conservative. But no, running for Mayor just wasn’t on my horizon.

So my first reaction was, this is surely a friendly wind up from two colleagues with a healthy sense of humour. Then I realised they were serious, which piqued my interest. What was it they saw in me that I couldn’t see? How was it possible, that I have actually founded a charity to encourage women to start their own business and fulfil their own potential, and yet was apparently unable to see the potential in myself! I blushed at the irony.

Then began a very vigorous internal debate. As I started to untangle the emotions from the facts, I realised that I did, in fact, have various qualities that might be quite useful in this political context – a born and bred Londoner with a genuine love and deep knowledge of my City; an entrepreneur used to delivering results and making things happen; a team spirited leader who knows that the secret to success is to surround yourself with people better than yourself and to give them a mandate to deliver; a natural problem solver; someone with a grasp of the issues that matter to the people who actually give us power – our electorate (something we often seem to lose sight of in politics).

So by the time the Mayoral forms became available, I had decided to fill them in. I was surprised at how relevant much of my life and work experience was, and wholly realistic about the chances of being taken forward. So there really was no downside for me at all, just upside and the chance to take part. But by then I had already been bitten by the bug, and wanted to get as far as I possibly could.

The first interview came and went, as did much sifting of application forms, and a few weeks later, I was thrilled when I realised I had been longlisted  – which means effectively chosen for the semi-final interview – along with nine other candidates.

The semi -final interview was before a large panel of about 24 senior Conservatives, on a fiercely hot summers afternoon, and whilst I cannot divulge the exact questions that day, or my answers, I can say that it was a fair and fascinating process. I hugely enjoyed the intellectual challenge of thinking through my manifesto and preparing for the interview, and I realised that I had probably always been a natural politician, if not an elected one.

Running London is a big job, make no mistake, but it must be one of the most varied and rewarding jobs possible. It’s a huge responsibility to try and deliver results for 8 million Londoners, but what a great challenge. It made me want to come up with creative solutions – what would be my quick wins to demonstrate to the electorate in my first 100 days of office that I could, and would, deliver? What were my opinions and solutions on crime, housing, transport, education, health, business and environment?

Ultimately, the panel chose three other candidates as the finalists, but I wasn’t in the least bit downhearted. I had thrown my hat into the Mayoral ring as an entrepreneur rather than as a politician, and was always an outsider in that respect. But I learned that the same qualities of energy, conviction and optimism that have served me well in business are also useful in politics, and that if you have these attributes in abundance you can possibly make a difference.

Taking part reinforced for me how much I actually had to offer the job, and regardless of this particular outcome, it reinforced that I would like to help London in some capacity going forward. But most of all, taking part reminded me that women often don’t realise what they have to bring to the table.  Take it from me, you are all so much better than you give yourselves credit for. So take a chance and step up. You won’t regret it. Good luck.

Find out more about Make It Your Business and its free seminars across the country. Panels of female entrepreneurs tell their stories on the path to success: www.makeityourbusiness.co.uk

Alison Cork has been an entrepreneur since she was at college, when she started my first business to pay a few bills.

Her second business, in publishing, of which I was co-founder, went public in 1994.

She then founded my lifestyle business Alison at Home (alisonathome.com) and has been growing and running it ever since. Alison also founded and runs Make It Your Business, a not for profit venture to support and encourage women to start their own business.

In March 2018, Alison was appointed Government Champion for Women Entrepreneurs.