0
You have 0 items in your cart
Go To Shopping
Home > Career Development > Careers for women > Why host a team building event in London?

London is a magical city.

It is one of the most popular tourist destinations in the entire world. It features some of the world’s most famous architecture. Big Ben. The Palace of Westminster. The London Eye. There is so much to see and do in England’s capital city.

London need not be a city just to be enjoyed by tourists though. Why not use the glory of the capital to your advantage in a business sense as well?

Team building days are being increasingly seen as an intelligent investment for business managers to make. More and more of those in managerial positions are becoming aware of the benefits of a harmonious workforce and are putting a meaningful effort to ensure that they have one. They can be a great method of thanking a team, celebrating a milestone or encouraging staff members to develop stronger relationships.

London is a great city to host a team building day. In fact, there are plenty of businesses set up in the capital that have dreamt up some incredible team building events in the city. These unique days out could really help employees get to know each other and bond.

What sort of event should I host?

If you’re going to shift your team all the way into London, it’s probably well worth organising an event which makes the most of the capital’s landmarks.

Plenty of London team building companies have engineered some fantastic orienteering challenges which do exactly that. Teams will have to combine their knowledge and move around London at great speed in order to find the clues dotted around the city. This sense of urgency and competition is great for bringing staff closer together. Plenty of employees would love the opportunity to see the sights of London whilst battling to win a prize.

Rather than simply admiring the tourist attractions London has to offer, why not go one step further and get involved. Perhaps you could treat your employees to a show on the West End after the treasure hunt is finished. Or you could dance the night away at one of London’s brilliant live music venues.

Those who are feeling particularly adventurous might be attracted to powerboat rental schemes being offered on the River Thames. These boats can reach speeds of up to 40mph and will allow employees to see the tourist attractions of London in a completely different light. Combined with the magic of visiting the capital, these adrenaline-fuelled activity days almost always provide an experience which employees are unlikely to ever forget.

Setting up one of these unforgettable team building days is just a couple of mouse clicks away. A simple Google search will introduce you to dozens of unique ideas for a great day out. It might be an idea to ask a few staff members what sort of event they will enjoy the most. Perhaps a straw poll is the best way to decide on an activity.

Hopefully, the event will bring the desired results in the office long after it is finished as well. 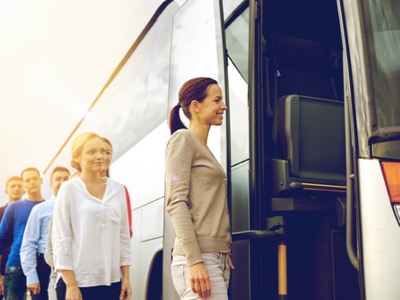 Team Building 101: 5 Reasons to consider a corporate coach trip in 2016