0
You have 0 items in your cart
Go To Shopping
Home > News > Current Affairs for Women > Why should women only be celebrated one day a year? 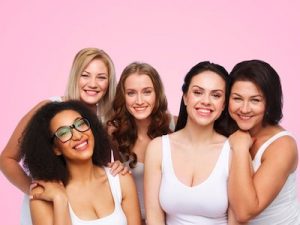 We can all agree that International Women’s Day provides us with the opportunity to shine a spotlight on the many achievements of women across the world.

There is a feeling of togetherness in the day, but we must also remember that it is a chance to reflect on how much further we have to go.

This year’s IWD comes at an especially important time, as the pandemic has meant many women in the workforce have seen their careers backtrack due to other obligations. The latest example of this is the government’s recent social media advertisement (which has now been pulled), that has come under fire for depicting women doing domestic chores, but no men. This leads us to ask the question, how are we supposed to look to the future of women in the workplace, when we seem to be returning to the past?

One step forward, ten steps back?

Women have faced a legacy of restrictions when it comes to entering the working world, and in order to understand why this is the case, we need to take a look at the Marriage Bar. It was a policy present in many countries and essentially meant that when a woman got married she stopped working. This was so she could focus on her primary role as a wife and mother, while her husband was known as the breadwinner. It was a policy which came to define the role of women as homemakers, not professional workers.

Although the Marriage Bar has since been abolished, in Ireland as late as 1973, women were still left in a position of no economic power as they relied on their husbands for financial security – and we are continuing to see the effects of this today. Although women have overcome these challenges and helped mould a more diverse workforce, there is concern that this has regressed since the pandemic took charge of our lives last year. As the government’s social media advertisement goes to show, women with young children are still viewed as the primary caregiver and there is a tendency for them to have to choose between their and their partner’s career.

Where do we go from here?

During the pandemic, women’s roles in the workplace have been heavily impacted as a result of their obligations at home. It was reported that in September, 865,000 women left the US workforce, which was four times higher than men. This just goes to show that business leaders, companies, and communities have a huge role to play to ensure there are enough female CEOs, CTOs, and COOs who can act as role models for those entering the workplace.

It’s refreshing to see organisations such as Women in Tech and STEM Women which have been put in place to support women within the industry, and their celebration of days such as IWD. Awareness days such as this remind us of the importance of women in the workplace as we reflect on our achievements, and the successes of those around us.

This year employers should take that one step further and think about the tangible ways they can support their female employees – for example, through part-time roles and flexible hours. Everyone needs to work together to carve a path for others to succeed. One way to view this is as a grassy field – in the beginning those entering the workplace could spot the footprints of the few women before them which led women like myself to be inspired by their hard work and follow the beginnings of a well trodden path. As more of us follow in the footsteps of other inspirational women, soon that narrow footpath will become a road and the workforce and society will benefit.

I am looking forward to seeing more senior women coming into STEM roles and being highlighted throughout the year for the great work they are doing within their industries. This year’s IWD theme of ‘Choose to Challenge’ is especially relevant, as I would like to challenge the notion that women within any industry should only be celebrated one day a year.

A future where we live IWD 365 days a year through the celebration of their achievements and the respect of female colleagues, and can one day retire the single day, is one I am excited for.