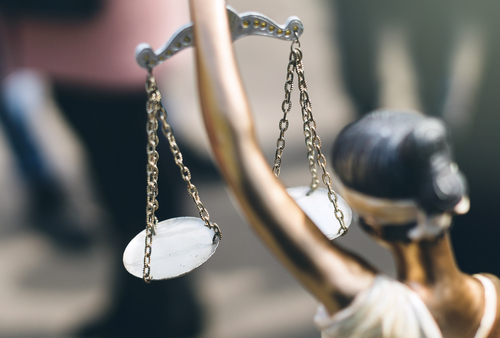 The British legal community has revelled in a run of noteworthy firsts in recent years.

Lady Hale was inaugurated as the first female President of the Supreme Court in 2017 , the first ever female majority sat on a Supreme Court case, and new figures revealed that the number of female solicitors has exceeded men for the first time. After Lady Hale’s leading role in delivering the Supreme Court’s verdict on Boris Johnson’s unlawful prorogation of parliament, who wouldn’t want to be in law?

Some of the figures reveal that there are still too few women reaching senior levels and becoming partners but dedicated egalitarians like myself hold the belief that the legal future will shine for  women and men.

Numerous campaigns and initiatives have been aimed at getting more females into the sciences, tech subjects and ultimately professions. Supermodel Karlie Kloss’ coding camp was founded to encourage girls to learn how to code in 2015 and has been a runaway success since its launch. Another notable example is Lego’s ‘Women of NASA’ figure series which has been credited with teaching children and adults about the female scientists who have contributed to the advancement of space exploration. The two campaigns illustrate how creative and scientific minds can collaborate to change the perception of an industry – to the extent that coding has become a desirable skill set. The sceptics amongst us should be pointed to figures from this year’s A-Level results which show that more girls took science A-Levels than boys for the first time ever. It works! So how can the legal profession emulate this success?

Part of the answer lies in the fact that the delivery of law has changed. Based on my own experiences of working with creative clients, I can confirm that it is a thrilling environment as there is no such thing as a typical working week. My client base is diverse and obviously I provide legal advice, but more than that I provide business advice in a legal context. And I can deliver it from my armchair, deckchair or my desk thanks to current technologies.

Contrary to misguided perceptions about stuffy lawyers steeped in unwavering tradition, countless millennials and Gen Z are finding their professional calling in the law. I’ve had the pleasure of mentoring and working with many talented young men and women and their ambition and drive always shines through from the first day. Watching their career progression over the years has fuelled my hope that the law and the young will continue to intersect to produce the outstanding talent that makes the UK the envy of the legal world.

One irrefutable reason why we desperately need more young people in law is that it is relevant to every aspect of our lives. I fervently believe that more young people should be made aware of this fact.  It is often a genuine interest in real world events and a desire to make a change that leads many down the legal path – and who is more engaged with real world events than our socially, environmentally and politically hyper – aware younger generation?

Think of the situation regarding women’s reproductive rights in Alabama, USA – not to infer that it is a female only concern – but it’s a tangible display of the desperate need for more legally trained female advocates. And who could have ever envisaged that an American rapper’s incarceration in a Swedish jail would lead to an international row about citizen’s rights? Yet ASAP Rocky’s case captured the imagination of many young fans around the world; fans who have inadvertently learned about diplomatic relations and assault law via presidential tweets and press coverage.

As with every challenge, the change must come from within – in this instance, the legal profession as a whole. At Acuity Law, we hold a series of events for aspiring lawyers and solicitors to give them real life insight into the realities of working in the profession. We even go a step further by holding a monthly networking event for Women in Film and Television (WFTV) at our offices. Although not strictly linked to law, our team recognised the need for more female creatives in those industries to meet, connect and collaborate with each other on projects. We recognised a barrier to the production of female led films and television programmes and took a step to facilitate this. Imagine the possibilities if more businesses took up this mantle and introduced more initiatives to empower young women (and men) to reach their potential.

One distinct advantage of businesses collaborating from within is that some of the organisational structures that hinder the career progression of women and young people can be removed. Childcare provision is a pressing challenge for parents in most sectors, but lawyers are notoriously renowned for treating time/hours as a prized commodity. It is hardly surprising that there are fewer women at the top of the profession if they feel pressurised to make a choice between children and careers at pivotal points in their working lives. This is where we need to look inwards and emulate the same principles of justice and fairness that we strive to achieve for our legal clients. More law practices should be working on transforming their workplace culture to cater to the diverse needs of their staff. Lawyers can also be parents, carers and multi-faceted individuals with different needs that should be accommodated by employers.

Some of the tech start-ups may be mocked for their table tennis tables, bean bags and standing desks, but there is no doubt that successful businesses are ones that put a premium on the career progression and job satisfaction of their employees, male and female.

Many assert that the future is female…that remains to be seen. But I think and hope, that an egalitarian future may not be beyond the realms of reality for many young men and women in law. 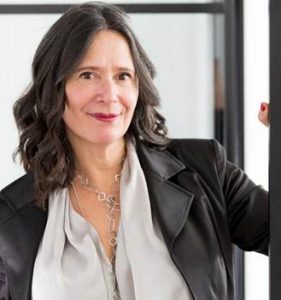 Tessa is a corporate and business lawyer. Having qualified at Rosenblatt Solicitors, Tessa became a partner there and the head of the corporate department at Rosenblatt for three years, where she developed a renewables practice and started the Japan desk. 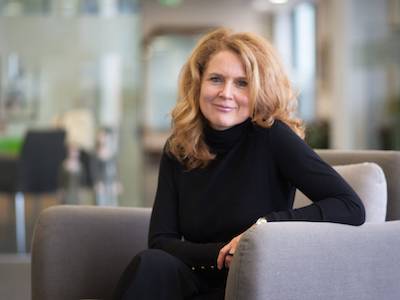