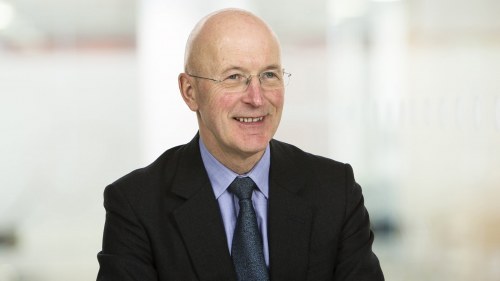 Hampton, who co-chairs the government-commissioned review into gender equality, suggested that female BBC stars “let it [the pay gap] happen,” by not asking for a pay rise.

He also went on to claim that he had “never, ever had a woman ask for a pay rise.

Speaking to the London Evening Standard, Hampton said, “How has this situation arisen at the BBC that these intelligent, high-powered, sometime formidable women have sat in this situation?”

“They [the female broadcaster] are all looking at each other now saying: ‘how did we let this happen?’ I suspect they let it happen because they weren’t doing much about it.”

He continued, “I’ve had lots of women reporting to me or coming in to talk to me about their careers – either for general guidance or employees of companies where I’ve been working.”

“I have never, ever had a woman ask for a pay rise.”

“There isn’t a list long enough for all the men who’ve asked.”

“Lots of men have trooped into my office saying they are under-paid but no woman has ever done that.”

Hampton’s comments follow the public backlash over the BBC’s apparent gender pay gap. A report into the organisation’s highest paid stars found that only a third of women made it to the top earners list.

Since the report was released, over 40 female BBC employees have signed a letter addressed to Director-General Tony Hall, demanding equal pay.

Hampton’s comments have also been subject to a backlash. BBC Woman’s Hour host, Jane Garvey, who was one of the 40 to sign the letter, said that Hampton was “peculiarly out of touch” given his role.

She added, “The likes of Sir Philip Hampton can never begin to understand.”

Tory MP, Nicky Morgan also slammed Hampton’s comments saying, “Surely we have moved beyond it being about who marches into the boss’s office asking for a pay rise.”

“That’s why the gender pay gap disclosures put the burden on senior management to think about pay differentials in their organisation.”

Alison is the Digital Content Editor for WeAreTheCity. She has a BA Honours degree in Journalism and History from the University of Portsmouth. She has previously worked in the marketing sector and in a copywriting role. Alison’s other passions and hobbies include writing, blogging and travelling.
Previous PostAngelina Jolie criticised for treatment of child actors, during recruitment process for new filmNext Post“If there is disparity, then everybody should travel first class” | Actor Tim Roth says BBC should raise women’s wages, not drop men’s