A company threatened to fire its employees if they voted for Labour in the General Election.

A leaked email, seemingly sent by John Brooker, Managing Director of Storm Technologies Ltd, saw him say that those who voted Labour would be “made redundant first.”

The email, which was sent to everyone in the company, stated, “So its election day and I hope you all exercise your right to elect your chosen candidate/party.”

“Just a heads up though, VOTE CONSERVATIVE if you believe in free enterprise and progression without being taxed out of the game.”

“Theresa May is not the perfect PM but a far better option for dealing with the challenges this country faces ahead than Corbyn.”

Brooker goes on to say that he believes Corbyn would be a ‘nightmare’ in the Brexit negotiations and ‘send us backwards’.

He concluded, “If by any change Labour win, we’ll have to re-think a few things here at the company so if you value your job and want to hold onto your hard earned money vote Conservative.”

“Labour voters will be made redundant first if Labour do win and things slow down….”

“Anyway, just sharing my personal thoughts with you.”

“Feel free to vote for whoever you want but I have said my piece.”

Speaking out against the email, Warren Kenny, GMB London region secretary said, “It is unacceptable and morally and ethically wrong for a company director to tell his staff that ‘Labour voters will be made redundant first if Labour do win.”

“A boss should not be harassing employees or interfering with their right to vote for who they wish – it’s Dickensian, workhouse nonsense.”

“Any staff working for John Brooker should have been able to vote for their candidate or party of choice without fear for their jobs and their livelihoods.”

Alison is the Digital Content Editor for WeAreTheCity. She has a BA Honours degree in Journalism and History from the University of Portsmouth. She has previously worked in the marketing sector and in a copywriting role. Alison’s other passions and hobbies include writing, blogging and travelling.
Previous PostRole of the week: IT Systems Administrator | LondonNext PostTired at work? We could have the answer 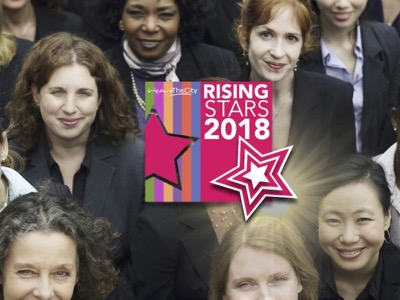