Female ambulance staff are being “hounded for sexual favours”, according to a damning report.

The report into the South East Coast Ambulance Service NHS Foundation Trust (SECAmb) found that female employees were groped and forced to give sexual favours in return for promotions.

Female employees who were interviewed as part of the report told of how the sexualised nature within the organisation was the norm.

The report states, “Several female staff felt that such behaviours were the norm, with some stating ‘my a*se was slapped regularly’ and others who felt they were demeaned by highly sexualised gazing in front of colleagues and even patients.

Of the 2,000 staff members who participated in the report, 40 per cent admitted to reporting some experience of bullying within the last 12 months. One in five also said that the abuse happened on a daily, weekly or monthly basis.

Writing in his report, Lewis said, “Common decency is a right, not a privilege, and harassment or bullying, including sexual harassment must end now.”

The trust hopes that by publishing the findings in the report that it will be the first step in tackling the bullying culture.

SECAmb Chief Executive Daren Mochrie said, “I am truly disappointed and upset that so many of our staff have experienced bullying and disrespectful behaviour in the workplace.”

“In the time since my appointment in April this year, it has been very clear to me that SECAmb is full of extremely dedicated and professional people who are concerned about caring for their patients as well as each other.”

“However, I was also aware that the Trust is facing a number of challenges and areas where vital improvements need to be made.”

“One such areas was high reported levels of bullying and harassment evidenced by our staff survey and from last year’s CQC inspection.”

“We chose to commission this independent report to help us address this worrying issue.”

“The behaviours it describes are completely unacceptable and will not be tolerated, in any sense and at any level, moving forward.”

SECAmb Chairman Richard Foster, added, “I and the whole Board take the findings of the report extremely seriously.”

“It is now important that we work closely with staff to build a very different workplace, where all staff will be supported and where poor behaviours will not be tolerated.”

Alison is the Digital Content Editor for WeAreTheCity. She has a BA Honours degree in Journalism and History from the University of Portsmouth. She has previously worked in the marketing sector and in a copywriting role. Alison’s other passions and hobbies include writing, blogging and travelling.
Previous PostFT journalists vote to strike if pay gap is not closedNext PostBusiness icon Dame Helen Alexander dies aged 60 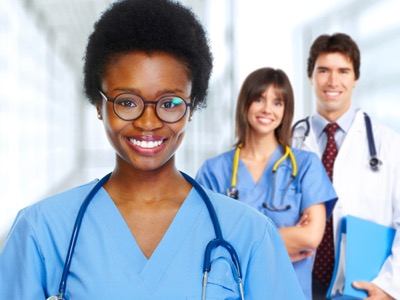