James is urging chief executives of FTSE 350 companies to be more transparent about the number of women in their leadership positions and hand over data to independent reviewers on increasing female representation in business.

The minister’s comments come after the leaders of an independent review into increasing female representation in the senior positions of the UK’s largest businesses wrote to FTSE 350 companies requesting their latest data for the number of men and women in the executive pipeline.

James said, “Businesses have already made great strides over the last six years by more than doubling the number of women in board positions.”

“But our largest businesses must continue to grasp the nettle which is why today I am urging CEOs of FTSE 350 companies to help drive the agenda for greater inclusivity in the workplace by becoming more transparent about the gender makeup of their leadership teams.”

In November, the Hampton-Alexander Review set a voluntary target for FTSE 100 companies to increase the proportion of women sitting on executive committees and their direct reports to 33 per cent by 2020. Statistics published at the time showed just 25 per cent of those positions were occupied by women.

Sir Philip Hampton and Dame Helen Alexander said, “We look forward to receiving the data from FTSE 350 companies on the gender representation at Executive Committee and Direct Reports over the summer and will be compiling our report on progress and the sharing of best practice for publication later this year.”

“We anticipate the majority of companies will have robust action plans in place now to address any shortfall of women in their top teams, and welcome efforts from all companies to improve the gender balance, particularly those companies yet to meet the 33 per cent target.”

In the coming months, James is also expected to chair the first ever meeting of the Business Diversity and Inclusion Group, set up to make sure government and industry work more closely to remove barriers in the workplace.

The group will bring together the leaders of four industry-led diversity reviews, including Sir Philip Hampton and Dame Helen Alexander; Baroness McGregor-Smith, who led a review into BME participation and progression in the workplace; Sir John Parker, who is leading a review into diversity on boards; and Jayne-Anne Gadhia, Government champion for women in finance.

Alison is the Digital Content Editor for WeAreTheCity. She has a BA Honours degree in Journalism and History from the University of Portsmouth. She has previously worked in the marketing sector and in a copywriting role. Alison’s other passions and hobbies include writing, blogging and travelling.
Previous PostInspirational Quotes: Diane Von Furstenberg | Fashion DesignerNext PostFrench politician, women’s rights campaigner and Holocaust survivor, Simone Veil dies at 89 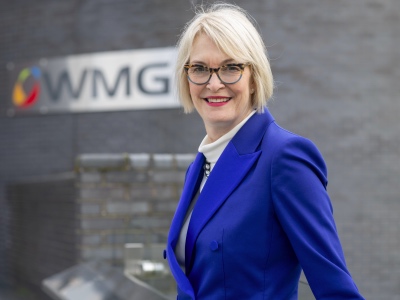