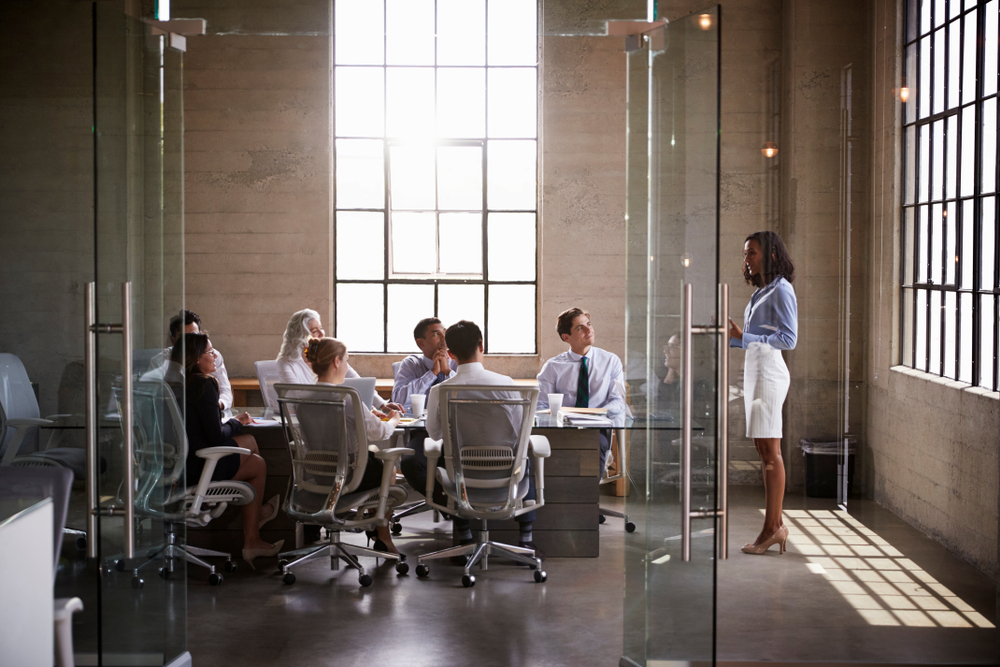 This is down from 54 per cent in 2021 but is still shockingly high when compared to companies in the FTSE 350, where only 4.6 per cent have all male executive leadership teams.

The report, released by Women on Boards UK in partnership with global consulting firm, Protiviti, reveals that women have made small gains in the last 12 months with 34 per cent female board directors, up slightly from 31 per cent in 2021.

Only 16% of board chairs are women

Just 7% of CEOs are women

However, the data also shows a disconnect between women holding roles on boards and in executive leadership positions.

Only 16 per cent of board chairs are women, and even fewer CEOs – seven per cent are women. This represents no change since 2021.

Furthermore, 44 per cent of companies in the FTSE All-Share ex350 have yet to achieve the relatively low target of 33 per cent of women on the boards, and 25 per cent of boards are all-male or with only one woman.

Speaking about the findings, Fiona Hathorn, CEO Women on Boards UK said, “The data shows small gains compared to last year, which is a positive indication that UK firms are starting to take boardroom diversity seriously.”

“Board diversity is increasingly viewed as a baseline requirement for modern companies, so it’s incredibly disheartening to see stagnant progress in some areas.”

“There remains a high number of firms yet to reach even the most minimal levels of diverse representation, at both executive and non-executive level.”

“To these firms I say, catch up – and quickly.”

Janet Barberis, Managing Director at Protiviti adds, “We are delighted to have partnered with Women on Boards on their research, which has shown that there is still a long way to go in terms of achieving gender equality on boards and at the C-Suite level.”

“It is clear that diversity is good for a company’s bottom-line and vital to success, and a lack of diversity is increasingly perceived as a reputational risk.”

“It is therefore extremely important that promoting diversity remains a top priority for management teams, and that data on diversity is readily available and shared transparently, which is what makes these findings so important.”

Alison is the Digital Content Editor for WeAreTheCity. She has a BA Honours degree in Journalism and History from the University of Portsmouth. She has previously worked in the marketing sector and in a copywriting role. Alison’s other passions and hobbies include writing, blogging and travelling.
Previous PostInspirational Woman: Jemima Myers | Founder & Director, Social ChameleonNext PostThe Hidden Truth About Diversity and Inclusion in the FTSE All-Share | Women on Boards UK