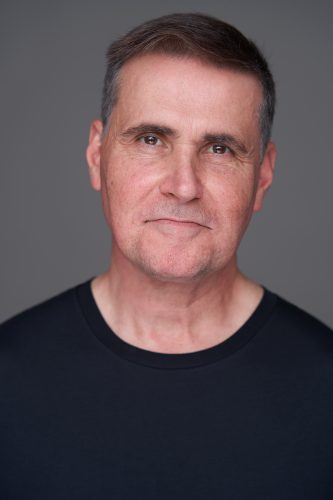 Born in Athens, Greece, producer James P. Axiotis was adopted at a young age and raised in Southern California.

A multi-range producer of feature films, shorts, original TV content, TV series and Post-Production, James serves on the National Board of Directors at the PGA (Producers Guild of America) and is also a member of The Producers Guild of Europe, The Television Academy and American Film Institute. James also spends his time as a volunteer to the Children of War Foundation and is a sponsor for the PWB (Producers Without Borders) initiative, founded by producer Kayvan Mashayekh.

I’m a tv and film producer and I currently live in LA, but am moving to the UK in the summer to start work on a semi-autobiographical film about the plight of my birth mother. But more of that later!

My passion for drama and film began at the age of 13 when my hometown’s little league football team was asked to be in a ABC Afternoon special TV show – Mighty Moose and the Quarterback Kid. I took a whole month off school, was on location, and I just knew that a film set was where I was supposed to be. I had never felt truly at home anywhere until I first stepped onto set.

When I was 18 I had a part in the Jack Nicholson film The Postman Always Rings Twice. The cast and crew took me into their circle, and my mind was made up that film was the career for me. So, with no formal or further education I started work as a production assistant on television shows, before rising to the position of post-production supervisor at NBC. By age 23, I was one of the network’s youngest producers.

Having established myself in Hollywood, a stint in the MidWest followed, where I oversaw casting for Clint Eastwood’s The Bridges of Madison County. I then returned to LA where I have been working for various channels, shows and charities ever since.

I never sat down and planned my career but I always knew I would work in film. My adoptive father was abusive towards both his wife and me, and he didn’t believe in academia, so I was never offered the option or opportunity of studying further than school. But this actually proved to be  to my benefit as I went straight into television and worked my way up. I have always believed that if you work hard you will be rewarded, and I don’t just mean financially. I have had aspirations and goals, and am proud to have achieved many of them. But I never had an actual plan in place.

My childhood was not a happy one, despite the adoration and love I received from my adoptive mother, Sophia. I never felt that I truly belonged anywhere. From the age of 10 until I was 18, my adoptive father physically beat me and constantly verbally abused my mother. If it was not for my mother’s strength and affection for me in that situation, I can’t imagine how much worse it would have been having to wake up every morning afraid of my father. Because of this experience, I am immensely happy nowadays for mandatory reports and other resources and shelters for spouses and children that a lot of times have no other means to be able to escape such a situation.

You were raised in LA, but born in Greece – do you think your heritage influences your ideas and projects you work on?

Definitely, my heritage has impacted every part of my life and career.

I was born in Athens, Greece, to a 19-year-old single mother who was then forced to put me up for adoption due to unknown circumstances. What I know about my birth mother comes from what my adopted mother, Sophia, had told me about her, but the specifics of my genealogy is still unknown in spite of my best efforts. At the moment, I do know for certain that by the time of adoption, I was one year old. In fact, I didn’t know that I was adopted until I was ten and did not learn the full truth about the situation until I was 18.

Throughout this time, I developed an understanding about the world through storytelling which prevails through my efforts at the moment to make a short film addressing a story about my mother. I don’t have enough information to address her alone, so I have worked to incorporate similar stories – of which there are many, unfortunately – from the adoption scandals in Greece where mothers and their children were separated.

It wasn’t my own upbringing alone that drove me into film, although I certainly trace my roots in story telling to my background.

I also feel that the bad treatment of my mothers – both birth mother Georgia and adoptive mother Sophia, who was abused by my adoptive father – has ingrained in me a strong need to empower women in any way I can, and support women be it through career or socially.

Do you have a favourite project or a project you’re most proud of?

My favourite project is always my current project. I put all I can into my work and am immensely proud of what I have achieved. However, it is not the commercial work but my charity work that I am most proud of right now. This week I am travelling to Poland and Ukraine for the Children of War Foundation, taking essential medical supplies to hospitals that have been staffed in Krakow, Lviv and Kyiv. While there I will film on the ground, and share both the work of Children of War, and what I see happening. I am committed to sharing real life so that those of us in more fortunate situations grasp the reality of what is happening, and do what we can to help.

It’s been said that the film industry has a women’s problem. What more can be done to support women into the industry?

Although I can say we’ve made great strides in the 30 years I’ve been around, we still have a long way to go. I have personally put women in roles that have never been filled by women before, such as editors, assistant editors, roles that have been dominated 85% by men.

But we as men can do more, and we have to do more.

Every creative project in every aspect in Hollywood will be so much better told stories when all voices are heard equally. In the coming years my idea is to start a foundation where I can fund and source and find women globally around the world and bring them on projects, give them voices, fund their projects and keep this ball moving forward. I recently funded a project by Jhizet Panosian, a female filmmaker, to the cost of $100,000. Jhizet came to me asking for advice about a documentary she was shooting about refugees. – It’s an autobiographical film about a female Armenian refugee – Jhizet –  building a new life in Berlin. I ended up being the executive producer and a mentor on the project, as well as funding it. I’m excited that I’m putting my money where my mouth is and doing what I can, where I can.

Why do you think it’s important for men to support gender equality?

As a single father to two daughters, and another daughter from my first marriage, I identify as a feminist and will do all I can to empower them on their journey through life. I believe in practising what I preach, and Another Place is an example of that. I did this because I believe in Jhizet Panosian. I am invested in her story, and her passion to tell it, but was also aware that her incredible project could face obstacles simply because she was not a white male making the film.

When filmmaking, I often seek out strong female-led teams for production, marketing, and distribution.

I see it as essential to diversify the talent pool in Hollywood and globally, and this can only be done by opening up opportunities to those who have previously been overlooked.

Two of my daughters, Georgia and Sophia work with me in my charity work and have inputted creatively on my productions.

One defining moment for me was dedicating a chair at BAFTA, Piccadilly, to my birth mother. The chair will bear her name – Georgia Korakis – forever, ensuring her legacy lives on. 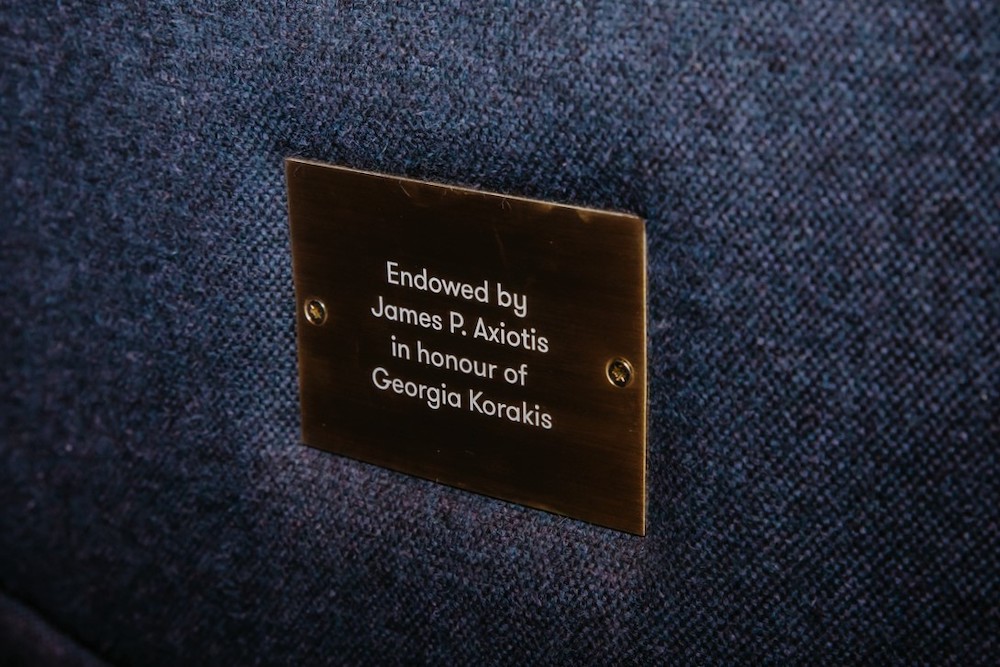 You launched The Georgia Project charity – could you tell us more about this?

Last year I established The Georgia Project – an initiative focusing on ensuring the safety, education, and freedom of young girls escaping forced marriage.

I have travelled to regions spanning from Jordan to Navajo Nation for the Children of War Foundation, and filmed in refugee camps, so I know first-hand the impact of war, famine and genocide on young women.

The Georgia Project is an initiative focusing on ensuring the safety, education, and freedom of young girls internationally. With many families worldwide facing economic difficulties, there are unfortunate circumstances where parents turn to arranged marriages for their young daughters, who as they get older become financial “burdens” to the family. This initiative will ensure that these girls have access to paying jobs instead so they can continue to grow and learn independently.

We have already sponsored three girls whom I personally met while in Jordan, and we are looking to expand rapidly to support many more.

I will tell myself never to be afraid to ask any question.

It’s not a matter of being assertive as asking why.

As I have gotten older in this business I can honestly tell you that I have moved my career and got more involved in other projects because I simply asked what they were doing and how I could get involved.

Being a part of film and TV projects will always be at the core of what I want to do. I am at heart a storyteller. This week I will fly to Ukraine to deliver medical aid in two different cities at three hospitals that Children of War is running. I can honestly tell you this is one of my greatest opportunities and achievements is something I’m incredibly proud of. We get to tell stories and go places that other people haven’t gone.

I’m also part of Producers Without Borders, a body that encourages sourcing talent from across the globe. Ultimately I would love to establish a foundation and offer money to support filmmakers, TV producers, content creators, all aspects of film, so everyone – no matter their geographical location, gender or heritage – can come to the table and have a voice.