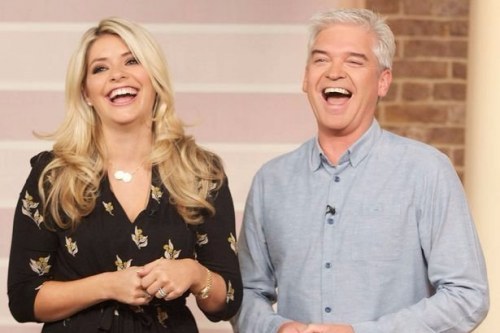 ITV’s Holly Willoughby has received a huge pay rise of £200,000, finally making her equal to her co-host, Phillip Schofield.

Willoughby, who has worked with Schofield for 11 years, received the pay rise after she struck a new deal with ITV.

The pay disparity was uncovered during negotiations for the return of ITV’s Dancing on Ice. ITV bosses are thought to have offered both Willoughby and Schofield the same amount of £200,000.

However, this only highlighted the difference in pay that the pair receive for their work on This Morning.

Speaking to The Mirror, a source at ITV said, “It seemed ridiculous they were going to get paid the same fee for Dancing on Ice but Holly was lagging behind on This Morning.”

“Quite rightly, that has now been rectified and they both earn exactly the same.”

It is now thought that the presenters will now earn the same for any TV projects that they front together.

The news comes after the BBC’s recent gender pay gap revelation, which saw them having to defend the wages of its highest paid male stars.

In direct response to the BBC’s revelation, ITV’s Good Morning Britain presenter, Piers Morgan weighed into the argument, suggesting that ITV is the BBC, “in reverse.”

He said, “We are the BBC in reverse!”

He continued, “They preach about equality but I’m not seeing much evidence the BBC practices what it preaches.”

Alison is the Digital Content Editor for WeAreTheCity. She has a BA Honours degree in Journalism and History from the University of Portsmouth. She has previously worked in the marketing sector and in a copywriting role. Alison’s other passions and hobbies include writing, blogging and travelling.
Previous PostInspirational Woman: Fiona Blades | Chief Experience Officer and President at MESH ExperienceNext PostGrenfell survivor celebrates A grade GCSE, after sitting exams hour after the disaster

7 ways not to ask for a pay rise