0
You have 0 items in your cart
Go To Shopping
Home > News > Current Affairs for Women > In conversation with Linda Riley for International Day Against Homophobia, Transphobia and Biphobia 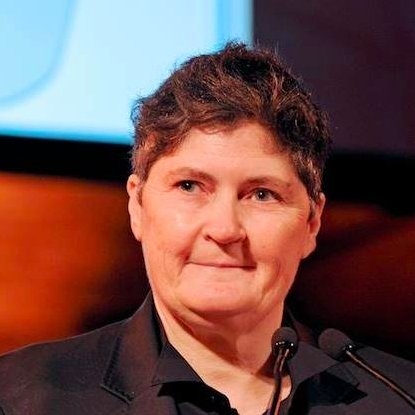 International Day Against Homophobia, Transphobia and Biphobia takes place annually on 17 May.

Over the years Linda has been responsible for many initiatives, but she is probably best known as the publisher of DIVA, Europe’s largest magazine aimed at lesbian and bi women.

For this piece, Philip Baldwin interviewed Linda about LGBTQ awareness, Coronavirus and her advice for the business community. This is what she said:

How will you be marking International Day Against Homophobia, Transphobia and Biphobia this year?

“I will be marking it by showing my solidarity virtually this year. I will use my online presence on social media and with DIVA magazine to show my support for the LGBTQI community.”

Why do these awareness days remain important for the LGBTQ community?

“It remains important because we as a community have gone through so much to gain the equality we have now. Days such as these are essential for celebrating our solidarity as a community and bringing everyone together to show support.”

Do you think that Coronavirus and the “lockdown” will have a lasting impact on the LGBTQ rights movement?

“Yes, I do think so. Many LGBTQI charities who are busy standing up and fighting for LGBTQI equality will sadly not be able to survive the impact of Covid-19, which unfortunately means our rights could be in danger of going backwards.”

What is the achievement you’re most proud of?

“There are several, but I think I am most proud of founding Lesbian Visibility Week. It has proven to be a massive stepping stone for Lesbian Visibility as all too often Lesbians feel they are not visible enough within the LGBTQI community.”

Can you tell us about some of the challenges you have faced as an LGBTQ woman in business?

“It was very tough at the beginning. Lesbians are often less visible and when I first started there were not many Lesbians in business or openly out in the LGBTQI community. However, my problem has mainly been a class issue. I have a very strong working class accent and this is often more of a barrier than being a lesbian. When I first went into publishing I was up against Gay male “heavyweights” and really had to fight our corner.”

What would your advice be to other entrepreneurs in these unusual times?

“Stay strong. There will be a light at the end of the tunnel and just remember all of us are in this together and going through these tough times. Ask for help, do not be too proud. If you have social media influence, use it to promote LGBTQI businesses, Crowd-funders, etc.”

How can people support LGBTQ businesses?

Continue to prioritise their use whenever possible. For example, I am going to get an MOT for my car and I am ensuring I use Spanners With Manners, an LGBTQI business based in London. I always try to use as many LGBTQI businesses as possible.”

Linda makes a number of insightful points and I think there is a lot, regardless of gender or sexual orientation, that we can learn from her.

I will also be trying to do as much online as possible to mark International Day Against Homophobia, Transphobia and Biphobia and am grateful to WeAreTheCity for continuing to highlight LGBTQ issues.

Most of us do experience marginalisation at some point in our lives, either because of gender, ethnicity, sexual orientation, faith, ableism or, as Linda rightly highlights, perceptions around class.

This International Day Against Homophobia, Transphobia and Biphobia, I urge everyone to think not only about LGBTQ rights but also about the privileges they enjoy. Even in these difficult times we can truly stand together.

A great way to show that your workplace is LGBTQ inclusive, would be to get subscriptions to magazines such as DIVA, Gay Times and Attitude.