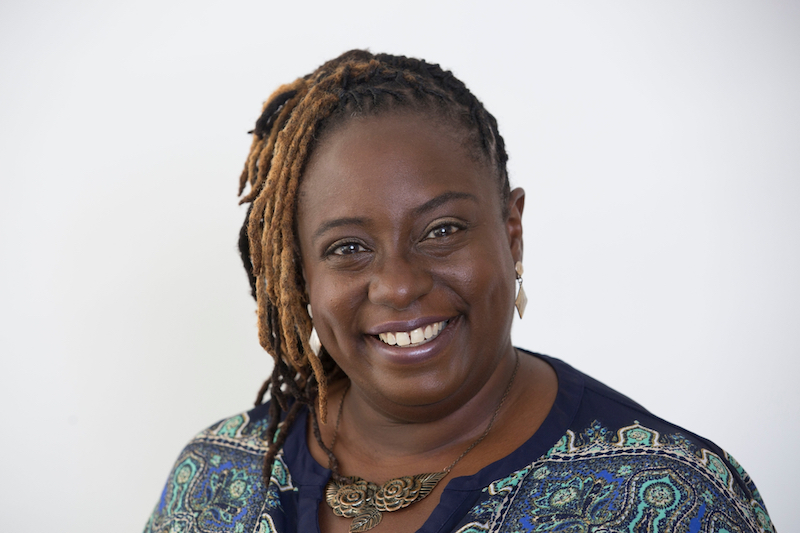 Antoinette Daniel is a Black British, former PE teacher turned business owner with an established record of mentoring others to their full potential. Seeking justice and providing equity lie at the heart of all she does.

For 12 years she was immersed in various local and international organisations that campained against human trafficking, such as ‘Stop the Traffik’, IJM (‘International Justice Mission’) and ‘Croydon Community Against Trafficking’. She also led the organisation ‘Merton Against Trafficking’ from grass roots to an established entity that had a significant impact on local policy and decisions.  As a consequence, for example, they hired a VAWG (Violence Against Women and Girls) officer and integrated an anti-trafficking remit into the job description.

Antoinette’s passion to empower and provide justice for those with diminished power continues in ‘Just Helpers’, the cleaning business she established in 2012, which was stimulated by her work in the anti-trafficking arena.  Here, all colleagues are paid the London Living Wage.  This helps them to achieve economic freedom and a better quality of life.  Helpers are also celebrated for their achievements with awards such as Helper of the Month and of the Year.  Some are encouraged to become supervisors or managers and receive training.

Her desire to help others achieve equality and freedom stems from her challenging childhood experiences in children’s homes and foster care.  She later worked in a children’s home as a Support Worker as well as being an Education Advisor with Croydon Council for the ‘Looked after Children’s Team’.  These multiple experiences have led to her desire to establish a trust fund for aspirational young adults exiting the care system.

In 2013 I left my job as a secondary school teacher, to get more involved in campaigning to end the exploitation of vulnerable migrant workers. This meant a big cut in income, so I started cleaning for friends. The idea for Just Helpers was born. I saw an opportunity to build a professional cleaning service, which also provided decent working conditions, the London Living Wage, and developed potential in its people.

My career has taken lots of twists and turns! I’ve gone from teacher, to campaigner, to entrepreneur. However, there’s always been a common thread of justice and fairness, and wanting to create change. I follow both my heart and my head when I make career decisions, and I only go for roles that truly grip me, so I fully commit.

At 18 years old, I arrived for an interview to find that the job had mysteriously disappeared, and the door literally closed in my face. I was not the white middle class woman that the business owner was expecting from our telephone conversation. This experience epitomised the conflict of identity I’ve experienced a lot during my life.

I was a looked-after child from the age of 7. I was fortunate to be identified as gifted and talented, and that led me to be placed in with a single parent with her own gifted children. We were all privately educated – they received bursaries and I was stated funded. That meant that everything from extra school uniform, to school trips, to school photos, were beyond my reach.

I knew what it was to feel different, racially, socially and economically. I was a black working class looked-after child in a mainly white, middle class school.

Right into my twenties, in the first few years of my teaching career, I spent a lot of energy trying to fit in. I always felt that I had to be perfect, because judgements about all black people would be based on my performance. It’s taken until my 40s to shed that mantle of responsibility and for me to excel at being me.

I made what felt like an unwise decision to leave a secure job, sell my home and free-wheel into third sector work, which resulted in the building of my business and the satisfaction every day that our model of practice gives people, women in particular stronger and safer economic choices.

I’ve always been about excelling. To me, that means leaving a legacy of change for the good.

Even though I started out in teaching, I’ve always thought like an entrepreneur. I’ve made money for every organisation I’ve worked for. I have a natural ability to persuade people to come on board.

But for me, there’s no conflict between being an entrepreneur and public service. I still see my work as being about service.

I have been a mentor in most of my job roles. More recently, I sat on the board of trustees for an organisation which created a programme to identify and empower young aspiring leaders. I was one of the mentors for this programme. Currently, I am journeying with a young person in care as their Independent Visitor. I love this role. It’s such a privilege to be let into the inner sanctum of somebody else’s hopes and dreams and be a cheerleader on their side-line as they grow and thrive.

I am conscious that I am a role model for the Helpers who work with us. I understand the challenges faced by working-class people, because I saw my mother struggling with them.

As a teacher, I realised the importance of role models; in some schools I worked in I was the first black teacher. I was able to speak to young back women there in a way that others couldn’t, or wouldn’t.

If you could change one thing to accelerate the pace of Gender Equality, what would it be?

I cannot understand why some roles such as cleaners and carers – roles often filled by women – are so undervalued. We’ve seen over the last few months how crucial these jobs are to our society. I would love to see these women get the recognition, and the fair pay and conditions, that they deserve.

You don’t bear the mantle of responsibility for every black person who comes after you.

I want to see change happening in the cleaning industry at national level. There are some great cleaning businesses who, like us, are trying to do the right thing. But to bring about the fundamental shift that’s needed will take legislation from government, in areas such as taxation and employment law, as well as changing the misplaced narrative that cleaning is a cheap service.

I’m actively campaigning for this change, but I can’t do it alone. I want to bring experts from these fields on board to get involved, to see the whole of our industry clean up its act. That way, we can all have clean spaces, and a clean conscience.