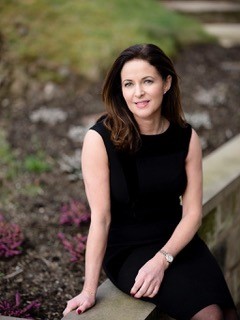 Lianna Champ knew that she wanted to be an undertaker from the age of nine.

She went on to become the youngest female qualified funeral director in the country at a time when the industry was predominantly male. Lianna faced considerable resistance in her early days – with local male competitors trying to prevent her from getting ahead by making it difficult for her to purchase supplies from coffin suppliers for example.

Despite this Lianna has had an incredibly successful career, bucking the trend and bringing a touch of much needed glamour and empathy to the industry. She has just published a new book How to grieve like a champ, which draws on over 40 years’ experience in funeral care and bereavement counselling.

Lianna has helped thousands of people through their grief – including working with victims of the Manchester terror attacks last year.

From the age of nine, I wanted to be an undertaker, then at 15 my school careers advisor (female) told me I may as well ask to be an astronaut as I would have no chance of either. My Mum rang a local undertaker to ask if I could spend a couple of hours with them and would they please put me off as she didn’t feel it was a suitable profession for a young girl. It didn’t work. I went on to open my own funeral company in 1986 and still head that up. I am also a  Civil Funeral minister, a Certified Grief Recovery Specialist and have just released my first book – How To Grieve Like a Champ. I am also now writing articles for various online publications ranging from grief following loss to coping with redundancy in your 50’s.

There was no plan, I was just blinkered on the path of wanting to be an undertaker (or funeral director as we are now called).

Did I face challenges ?? Absolutely, right from the word go. I had to offer to work for nothing because nobody took me seriously and I was told time and time again that the funeral profession was “No place for a young girl”.

After being awarded my Diploma in Funeral Directing and Embalming following three years hard graft, I was made redundant. I was a very confident, full qualified young lady thinking I would easily find a job i the funeral profession. I then approached the local funeral homes with my Diploma Certificates tucked under my arm only to be turned away and being told they wouldn’t even offer me office work – no place for a girl. I then applied for a job in a large funeral home in Bognor Regis and signed off my letter with L Champ. They must have thought  I was called Leonard because when I turned up for the interview, they were horrified to see a female standing on their doorstep and i was told, “ We would go out of business overnight if we put a female out there”

My only option was to set up on my own which then presented challenges of its own.

My competitors threatened to take their business away from anyone who supplied goods or services to me so I had to negotiate collecting coffins etc out of hours and paying  cash up front promising to always trade with them if they supplied me. All this before Google ! It wasn’t long before my competitors advertised ‘Female Funeral Assistant available  – if required’.  At least they had started to take notice

I did secretly love it when my competitors would appear behind a headstone      watching us in action.

Don’t look at my gender, look at my capabilities. It is heartening to see equality at last coming to the fore.

I have never been a mentee but am a great believer in mentoring. My work as a grief specialist sometimes takes me into various mentoring situations and I remain a sounding board to clients. Also , now thinking about it, I would love to be a mentee, especially now with all the changes happening in my working life. Any takers?

After my sons, it has to be having my first book published on 7th June this year ‘How To Grieve like A Champ’ following the advice of Richard Farleigh, former Dragon’s Den Investor. The book is a practical, comforting and thought provoking guide for before, during and after loss.

To be a provider of great grief support and awareness. I have also started to pen my second book – ‘How To Live Like A Champ’ Three years ago I would never have believed that I would have a published book and am just so grateful that I can share all my learnings. I do love the unpredictability of life. 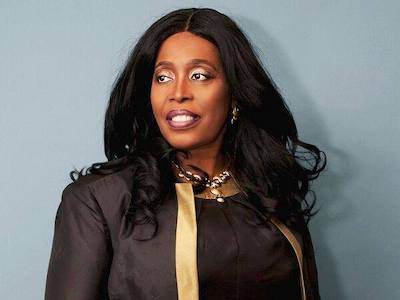 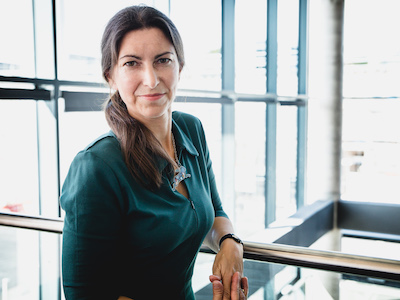