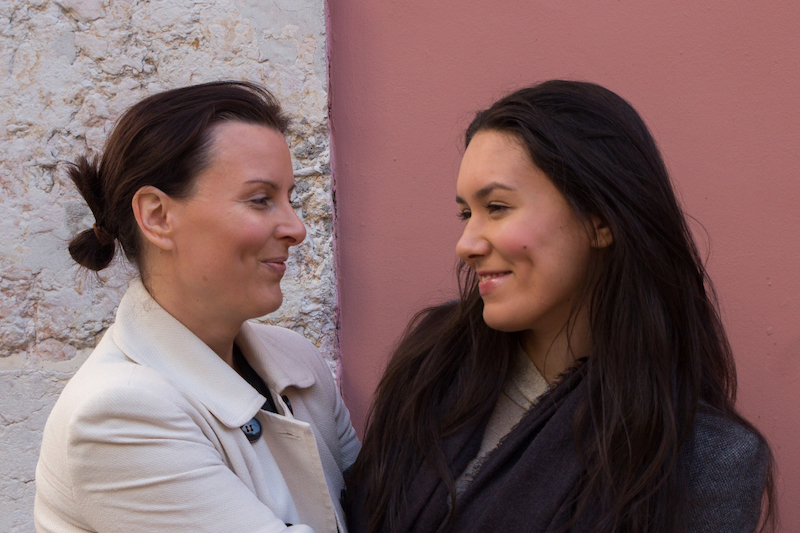 Loral is CEO and co-founder of Sustainably, an award-winning fintech for social good startup, which she co-founded with her daughter Eishel.

Loral is an award winning global digital marketer and strategist with a background in scaling business. Prior to setting up Sustainably, she was head of digital strategy and head of digital marketing for Aberdeen Asset Management where she was responsible for digital marketing in 30 countries, building and managing a multi award-winning team, and scaling the business from $40bn in assets in 6 countries to over $400bn in 30 countries in 10 years.  She was recently named in BIMA’s top 100 people in digital in the UK.

An entrepreneur from a very young age, I went on to have the best paid part time job at school and by 18 I was managing a portfolio of £5m for a global custodian bank.

The first person in my family to run a marathon, go to Asia, go to the US. Probably the first to do a lot of things.  I had no limits to what I thought I could achieve.  I didn’t entirely plan it but I’ve had multiple roles in the charity, travel, music and investment industry, spanning 4 continents and nearly 3 decades.

In my last role I set up and scaled the digital team of an investment company from 6 countries and $40bn in assets to over 30 countries with $400bn in assets in 10 years.

I was the chair of the British Interactive Media Association in Scotland, a member of the Marketing Society Scotland’s diversity and inclusion committee, and a Google Squared alumni.  Most of this was from connecting and engaging with people in the community and I’ve always been really driven and worked really hard.

It wasn’t easy. I had some bad bosses. But I was very resilient, extremely hardworking, surrounded myself with people I trusted, and I always stood by my core beliefs… even if others were doing things I thought were totally crazy.  I had no limits to what I thought I could achieve.  I guess the concept of diversity and inclusion didn’t really cross my mind.  I just knew there was injustice in the world, and had formed my own view of my bosses…. 95% of whom had been white men, and that I wasn’t particularly a fan of some of them personally or their management skills. But I didn’t really think about diversity and inclusion much at that stage.  I just thought a lot of them were really ballsy and some lacked the substance behind it.

Then I had my amazing daughter, Eishel. At the age of 24 I became a single parent. I had always been really driven, but being a single parent gave me the further drive to create a better world for us both.

Having my amazing daughter, Eishel, is my no 1 personal achievement.  But being named by Richard Branson as his startup of the year comes pretty close.  I remember thinking at the time ‘wow’ about the founder of Playmob, Jude Ower, who Richard Branson had supported.  We set out to solve a real problem.  Never at that time did we actually think that Richard Branson would support us!  There were also various serendipitous moments including hearing Charity Water founder Scott Harrison, speaking at Startup Grind, where I heard Miguel Mckelvery the co-founder of WeWork talking about the Creator Awards.  Again, never did we think we’d be on the same stage as Scott coming in the top 3 startups out of 2,000 globally at Startup Grind Europe, or winning the WeWork Creator Awards, judged by Ashton Kutcher and Monzo co-founder, securing WeWork as an investor, and lastminute.com founder Brent Hoberman’s Founders Factory.  We’re also really proud of the product we’ve created and the team we’ve built.

Resilience, spotting opportunities, being bold, and asking for help. SO many people want to give back, as they know they were helped too. Surround yourself with smart people, learn new things every day and use your network.

Having mentors and advisors is a real privilege and I try to help others when I can too. We have an amazing advisory board, 50% of whom are male and they are brilliant, and lots of fellow founders at the same stage and slightly further ahead who we can ask for help 24/7.  They have a huge amount of experience and we couldn’t do it without them.

Take the risk – a very successful inspiring woman once told me “what’s the riskiest thing you can do – do that.  You can always go back to doing what you did before.”

My next challenge is running a marathon to support some of the Sustainably causes. As well as growing a brand globally that people love and makes a huge impact.