M6toll have launched HerGV, a national campaign aiming to encourage more women to consider a career as a HGV driver.

Government statistics show that the HGV industry needs to recruit 1.2 million more people by 2022, in order to maintain growth. The M6toll, operated by Midland Expressway Limited, together with the RHA and training providers Pertemps, believe that recruiting more women is the answer to the haulage industry’s recruitment gap.

To enter the competition, women are encouraged to post a short video to the campaign’s website, stating why it’s their ambition to pursue a career in the haulage industry.

From there a panel of industry experts will shortlist a group of finalists who will be invited to a family fun day, where the winner will finally be selected.

The winner will receive £3,000 in prize money, HGV driver training, and a work placement at a haulage company local to the M6toll road.

Speaking about the campaign, James Hodson, director of motorway operations & facilities at the M6toll said, “We are the M6toll (Midland Expressway Limited) are only too aware of the current driver shortage being experienced within the haulage industry.”

“Women are grossly underrepresented and the industry definitely needs to be more proactive when it comes to encouraging women into the profession.”

“It is for this reason that we have launched the M6toll HerGV competition in partnership with the RHA – through our campaign we hope to highlight to women that there are lots of benefits to having a career as a HGV driver including, an attractive salary and flexible working hours.”

“We hope that the HerGV campaign encourages women from all walks of life to apply for our competition.”

Campaign ambassador, Rebecca Jackson said, “I’m thrilled to be spearheading the HerGV campaign and will be working closely with M6toll and the RHA to address the underrepresentation of women in the haulage industry.”

“I understand what it’s like for women embarking on a career in a male dominated environment, through my own experiences as the owner of an automotive sales business and as a racing driver.”

“Helping inspire women to consider driving as a career, whether it is in a lorry or any other form of transport, is something that is high on my agenda.”

“I am proud to be an ambassador for women all over the UK looking to ‘take on the boys’ and demonstrate that women can also succeed in the haulage and transport industry.”

Alison is the Digital Content Editor for WeAreTheCity. She has a BA Honours degree in Journalism and History from the University of Portsmouth. She has previously worked in the marketing sector and in a copywriting role. Alison’s other passions and hobbies include writing, blogging and travelling.
Previous PostStudy shows female mannequins represent an underweight body sizeNext PostSophie Cook hopes to be the first openly transgender MP 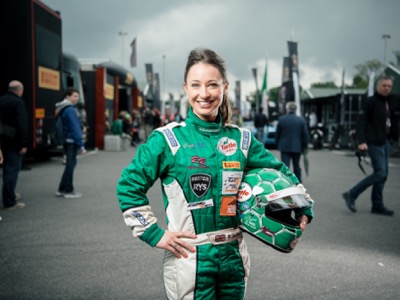 “Never in my wildest dreams did I think that I’d be doing everything that I am doing” | Rebecca Jackson talks motorsports, being an entrepreneur & encouraging the next generation of female racing drivers 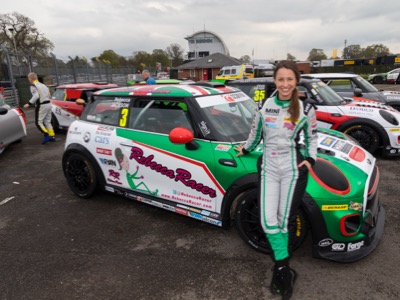