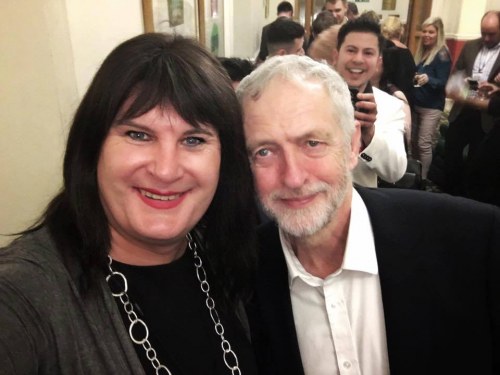 The 50-year-old TV presenter, campaigner and official photographer for AFC Bournemouth was selected by the Labour Party to stand in the General Election. Before she began transitioning in 1998, Cook was stationed in West Germany with the RAF.

Cook is standing for the seat of East Worthing and Shoreham, which is currently held by Conservative MP Tim Loughton, who has held it since 1997. During the 2015 election, Loughton achieved a comfortable majority of 14,949 votes.

Speaking to The Independent, Cook said, “It’s vitally important that Parliament reflects the diversity of our society, with members from all walks of life regardless of gender, sexuality, gender identity, race, religion and disability.”

“We need to strike for a world where difference is celebrated rather than one where it’s used to divide people and cause hatred.”

“Transgender people have been sadly underrepresented at all levels of society in the past and faced abuse, discrimination and bigotry.”

“This is beginning to change but it is only by working towards a day when everyone can be free to live their life free of discrimination that we will have true equality.”

“Labour is the party of diversity and I believe that it is vitally important that we continue to ensure that LGBT rights are enshrined in law and that only by publicly standing up for those rights will we make this country a place where our children can be free to grow up without fear.”